You are here: Home » Javan rhinos increase to 74! 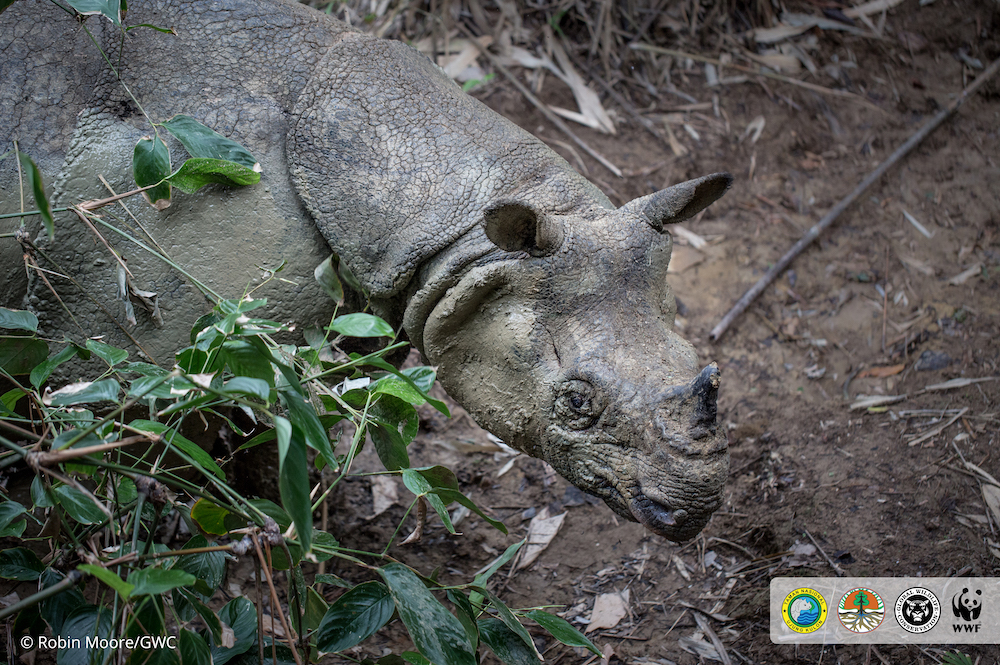 Two new calves have been spotted in Ujung Kulon National Park (UKNP), bringing the Javan rhino population up to 74! While this number is still worryingly low and the species remains at extremely high risk of extinction in the wild, it’s also news that brings us hope for Javan rhinos.

All Javan rhinos are found in Indonesia’s UKNP, putting the entire population at huge risk from disease outbreak or a natural disaster, both of which could wipe out every remaining Javan rhino. Thankfully, following long-term and round-the-clock efforts by Rhino Protection Units in Indonesia, there has been no Javan rhino poaching for more than 20 years.

Of course, with so few animals living today, seeing a Javan rhino in the wild is extremely rare. In fact, recent footage of a Javan rhino taking a mud bath was an incredible insight into the life and behaviour of this species, as even rangers that patrol UKNP each day may not see a rhino directly for months. The latest count was only possible thanks to cameras positioned throughout the Park, which allows expert teams to monitor the population and understand more about each Javan rhino.

Only ten years ago, there were just 50 of this species left in the world, but thanks to huge efforts by those working in Ujung Kulon, Javan rhino’s have steadily increased since this point, with at least one calf born every year since, and six calves born since 2018!

Helen and Luther, the names of the two new calves, bring the total number of Javan rhinos to 40 males and 34 females. The latest additions to the Critically Endangered species show the positive impact of consistent conservation efforts. Now, we must continue to provide enough space for these rhinos, to maintain momentum for their continued growth!