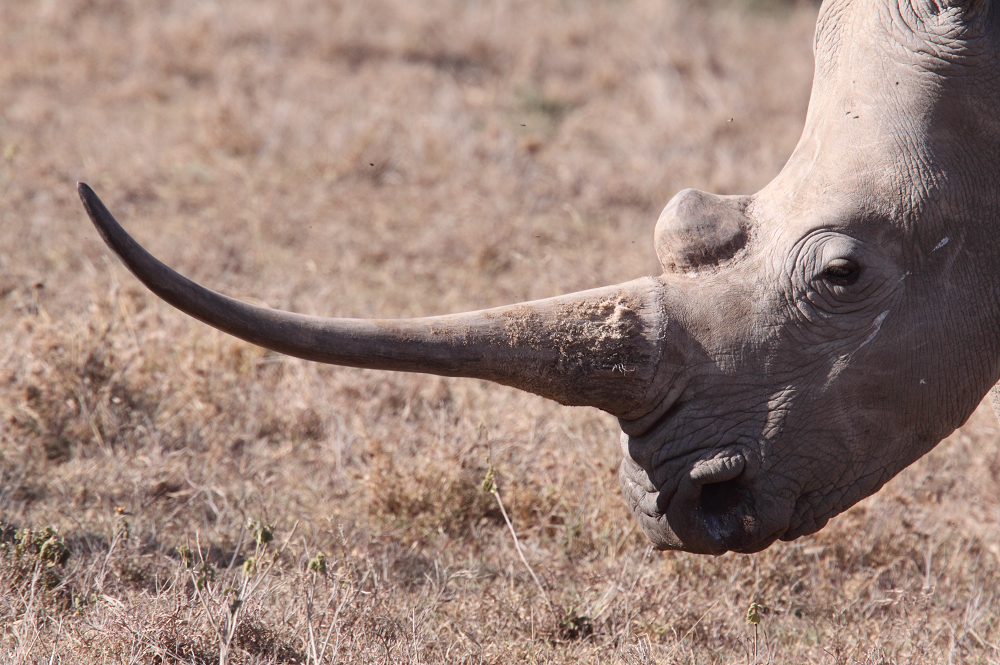 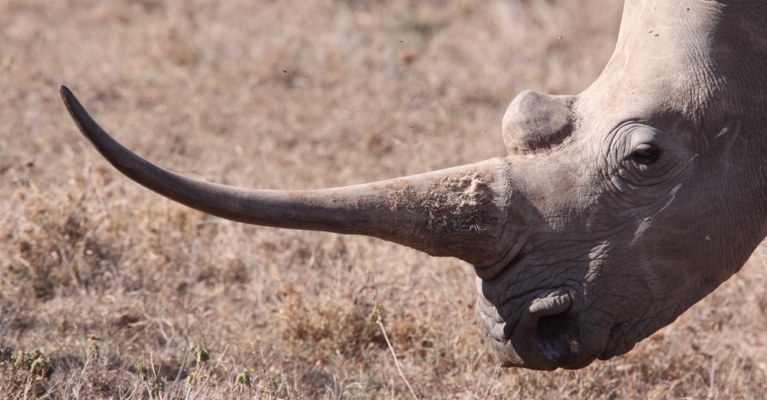 Our research shows that rhino horn is at risk of being laundered through the UK antiques trade.

Our latest research found that many rhino horn items offered for sale did not come with accurate (or sometimes any) detailed history or provenance – a worrying find that could allow modern horn (anything post-1947) could easily have been on sale. 99.9% of items offered were not radiocarbon-14 dated, 94% were listed with no detailed history, and 30% had no age estimate at all.

Furthermore, 44 auction houses regularly posted the weight of rhino horn included in the item. Surely anyone looking to purchase a genuine antique would not be interested in the weight of the rhino horn? This information would be catering to individuals hoping to illegally extract the rhino horn for consumption.

On top of this, a significant amount of lots sold were purchased for <£200, potentially less than the ‘grind-down’ value of rhino horn, making the trade vulnerable to individuals looking for a cheap supply of powdered horn.

Sophisticated criminal networks use a wide variety of methods to traffic illegal rhino horns to consumer countries, often routing them through EU countries. Most recently, a court case in France has convicted eight men of trafficking rhino horn and elephant ivory, citing evidence that they had ground down rhino horn into powder or flakes for illegal export to East Asia.

We’re calling on UK politicians and regulators to ensure that the sale of rhino horn through the UK antique trade cannot be exploited and to implement effective new legal controls to close the current serious, systemic loopholes once and for all.

“This report shows that stopping the illegal rhino horn trade isn’t just something that needs to happen overseas, it’s a problem at home in the UK, too. Rhinos are in enough danger as it is, we can’t allow the UK to be part of the supply chain that’s driving devastating poaching numbers and causing rhino numbers to plummet."

Co-author and long-time supporter of Save the Rhino International, Sue Brace

In 2018, we called on the UK antique trade to do more to prevent exploitation of rhino horn, following our first edition of Sounding the Horn. While the British Antique Dealers’ Association stated its support for a rigorous certification scheme for rhino horn antiques, which would ensure that only items of high artistic merit dating from pre-1947 and with a value of more than USD $100 per gram would be traded, no such scheme has been implemented.

With all five species of rhino facing extinction in the wild, immediate action must be taken to stop the flow of illegal rhino horns into the UK – and global – market.