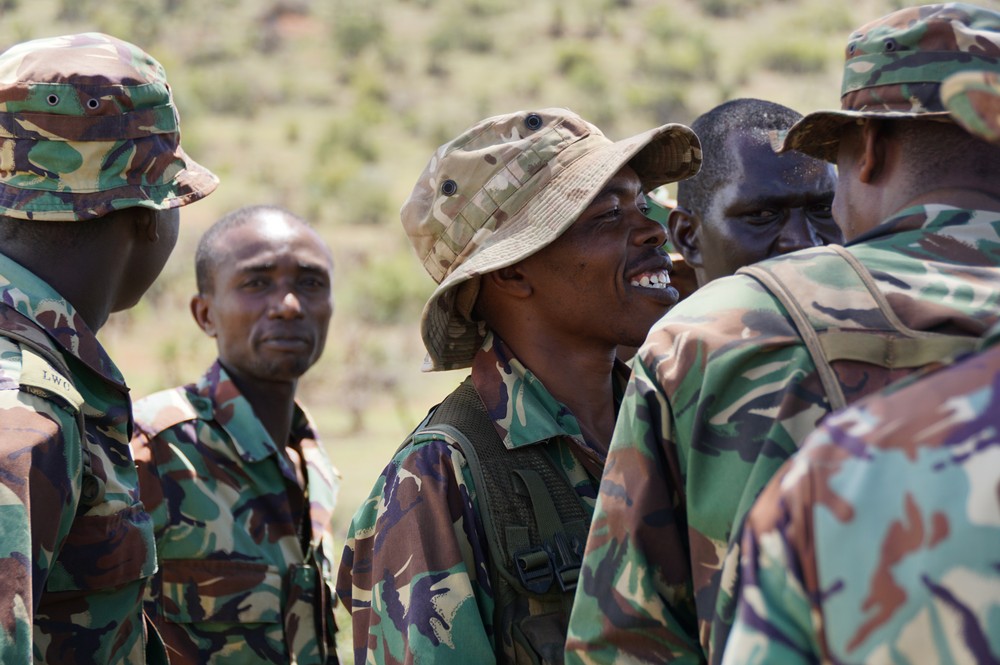 This is what every ranger faces each and every day, putting their lives on the line to protect wildlife. While some might think of it as a dream to look after rhinos as their day job, this is no easy or simple task. The job is becoming even more militarised, battling heavily armed poachers on a daily basis in the areas worst affected by the poaching crisis: SANParks estimates that there are around 20 poaching gangs operating in Kruger National Park every single day.

If that’s not enough, essential kit, such as boots and waterproof clothing, is often not available – due to lack of funds – or needs repairing. Most rangers also live in remote outposts, spending long periods of time away from their families. They can even be ostracised from their communities, as poachers or local people who act as their guides often live in the same village.

This life isn’t easy, with relatively low pay, long hours and difficult situations taking a strain on rangers’ mental health and personal lives – some say the divorce rate among rangers is as high as 90%.

“The improvement of the living and working conditions of our field rangers goes a long way to ensure they are properly motivated to face their daily strive. A hot decent meal with a warm shower is as pivotal as the much-needed purchases of decent torches, backpacks, binoculars and other equipment” Eduard Goosen, Conservation Manager, uMkhuze Game Reserve.

At Save the Rhino, we understand the impact of boosting morale with simple – but essential – equipment. We work with For Rangers, raising awareness and funds to improve ranger welfare so that they can do their best job possible, safely and happily.

One of our recent grants with For Rangers’ funds, paid more than £26,000 towards Group Life Insurance for each ranger working within multiple conservancies in Kenya and Tanzania. If the worst happens, and a ranger is killed in the line of duty (whether by poachers, an elephant in must or in a road accident) their family will be financially secure. We hope this will lift the spirits for those on the front line of rhino conservation.

Later this summer, we’re also launching our first ever ultramarathon in Kenya, raising money in conjunction with For Rangers and Beyond the Ultimate. Our incredible runners, including our very own CEO Cathy Dean, will be wearing one of our iconic rhino costumes for 230 km over the course of 5 days, through the home of long-distance running and the heart of rhino conservation.

One of our extraordinary supporters has already accomplished a huge feat, taking on the Great Union Canal Race, all 145 miles of it, in 40 hours non-stop! Patron Kenneth Donaldson has already raised more than £14,000 and his journey through the race was a truly epic adventure.

The staggering determination of all our runners can only be matched by that of the rangers who go above and beyond every day. Your donations and support provide the rangers with comfortable mattresses, sturdy boots and mosquito nets; vital gear they need to help stop the poaching crisis.

• Why Rangers Love Rhinos
• Giving Rangers a More Comfortable Base at Borana Conservancy
• The Human Cost of the Rhino Poaching Crisis
• Mongabay: Rangers Face a Toxic Mix of Mental Strain and Lack of Support