You are here: Home » News » The human cost of the rhino poaching crisis 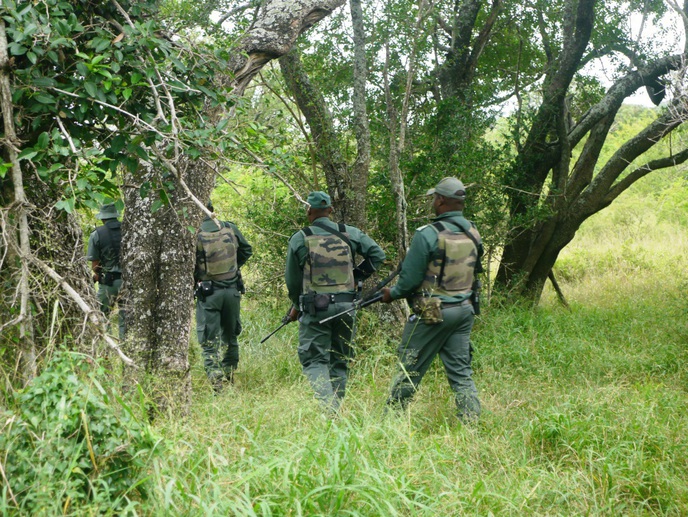 Every day brave rangers across Africa and Asia are risking their lives to protect the world’s five rhino species. With the increasing involvement of ruthless criminal syndicates, today’s poaching gangs are armed and dangerous. These days rhino conservation is more often referred to as a ‘war on poaching’.

You can read a thought-provoking article on ”The human victims in the fight over rhino poaching in Africa” on the Aljazeera website.

We are often asked – ‘Should poachers be shot on sight?’; a highly emotional question that provokes a lot of debate. You can read more on the topic in the ‘thorny issues’ section of our website, and also in a recent detailed article by Rory Young on Newsweek’s Quora Question.

If a ranger is shot at while on duty, they will be forced to use self-defense to protect their life. This very situation happened recently in South Africa’s uMkuze Reserve on Christmas day; read the full story below.

The events of Christmas day resemble the end of a very long and trying year for war against rhino poaching for the uMkhuze-Ozabeni Cluster of the iSimangaliso Wetland Park World Heritage Site. With a total of 8 rhino poached at uMkhuze (2 black and 6 white) and 23 at Ozabeni, it was anything far from a successful year.

Nevertheless, conservation staff remain positive and optimistic, and it is the dedication of our field staff that deserves all the credit for their endeavours to stem the tide. For this reason, looking after our field rangers, who perform critical law enforcement functions, it is of the utmost importance to ensure that field rangers are motivated to carry out their duties in the most trying conditions. To motivate field rangers it is critical that they are given the best of living conditions considering the isolation of most of these picket camps, and that they supplied with the correct equipment along with all the logistic support required.

Sporting Rifle Magazine and their readers have generously donated over £15,400 to support rhino conservation in uMkhuze Reserve since 2010. Their recent donations have assisted in purchasing solar water geysers to provide hot water to picket camps – a real morale boost for the rangers on remote patrol.

5 thoughts on “The human cost of the rhino poaching crisis”