You are here: Home » News » Rhinos increase in Kenya 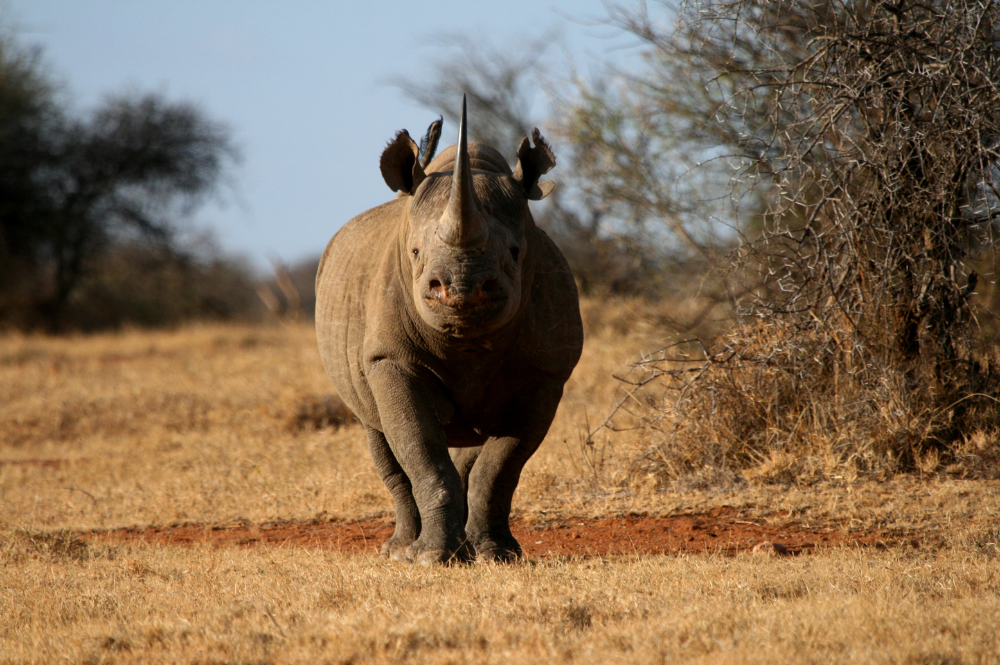 Following a national wildlife census carried out between May and July 2021, the Kenyan Wildlife Service has released a new report showing that the country’s total rhino population has increased from 1,258 rhinos at the end of 2017 to 1,739 rhinos by mid-2021.

Another key statistic will only be known at the end of 2021, when we will have the black and white rhino population figures for as of 31 December, as we can then calculate the annual growth rate over this 4-year window. As articulated in Kenya’s Black Rhino Action Plan 2017-21, the target annual growth rate is 5%.

The increase in rhino numbers is an important achievement, especially when rhinos remain under huge threat from poaching and a lack of good, safe habitat. Thankfully, since 2013, when 59 rhinos were killed in Kenya, poaching has decreased across the country. Last year, for the first time since 1999, Kenya celebrated zero rhino poaching deaths – an incredible and significant milestone, particularly when seen against the background of the extra stresses and strains of the Covid-19 pandemic, that saw virtually all income from tourism disappear. There’s no doubt that the extraordinary commitment from rangers to safeguard rhinos during this time has contributed to the recent population increase.

However, despite this success, conserving Kenya’s rhinos continues to be a challenge.

As rhinos increase in number, so does the space they need. That means we’ve got to find and secure more habitats for rhinos – and their future progeny – to grow. Whilst this might sound simple, it’s not. Finding the right environment for rhinos is tough. Rhinos need access to good water, nutritious vegetation and (for as long as the poaching crisis continues) to be kept safe by anti-poaching teams. Ensuring all of this takes time and money. And then you’ve got to bring rhinos in, too. Sometimes that will mean translocating rhinos into an area and establishing a new population. Other times, it means removing dividing fences, allowing rhinos to roam freely across a larger area, as happened in Lewa-Borana in 2013.

Finding enough space is one thing. Accurately knowing the number of rhinos in a specific area is another. This latest census used various methods to count different wildlife species. To count rhinos, ground, aerial, water-hole census and camera traps were all used, each with different levels of accuracy. While the aerial method (when rhinos are counted from above using a small plane or helicopter) is appropriate for very large rhino populations in vast areas (such as Etosha National Park in Namibia, or Kruger National Park in South Africa), other methods improve accuracy for smaller populations. This is particularly true for black rhinos, given they spend much of their time hidden within bushes and shrubs, often not seen easily from the air.

The best way to monitor black rhinos is on the ground, directly sighting animals and recording their individual ID. Wherever possible, Kenya uses an ear-notching system that provides unique numbers for its black rhinos, but this is funding-dependent and even then, some animals elude capture during immobilization operations. As you might imagine, such intensive monitoring takes time but, given the importance of keeping black rhinos safe and putting effective conservation plans in place, we’ve got to know exactly how many there are, where they are, and record each population’s breeding performance.

To help with the analysis of rhino-sighting data, with the help of recent grants from the Bently Foundation and the Scott and Jessica McClintock Foundation, we have been supporting the salary of John Gitonga (Administrator for the Association of Private and community Land Rhino Sanctuaries (APLRS)), so that he can work alongside Cedric Khayale (Rhino Scientist at the Kenya Wildlife Service (KWS)) to update and organise rhino-sighting information from rhino reserves across the whole of Kenya (state, private, community and municipal). The project has greatly improved the accuracy of the data collected so that we can know, with confidence, the number of black rhinos across the country.

In turn, the KWS and the APLRS can work together, informed by biological management data, to develop plans to maximise the growth of Kenya’s black rhino population.