You are here: Home » News » What will Sudan’s legacy be? 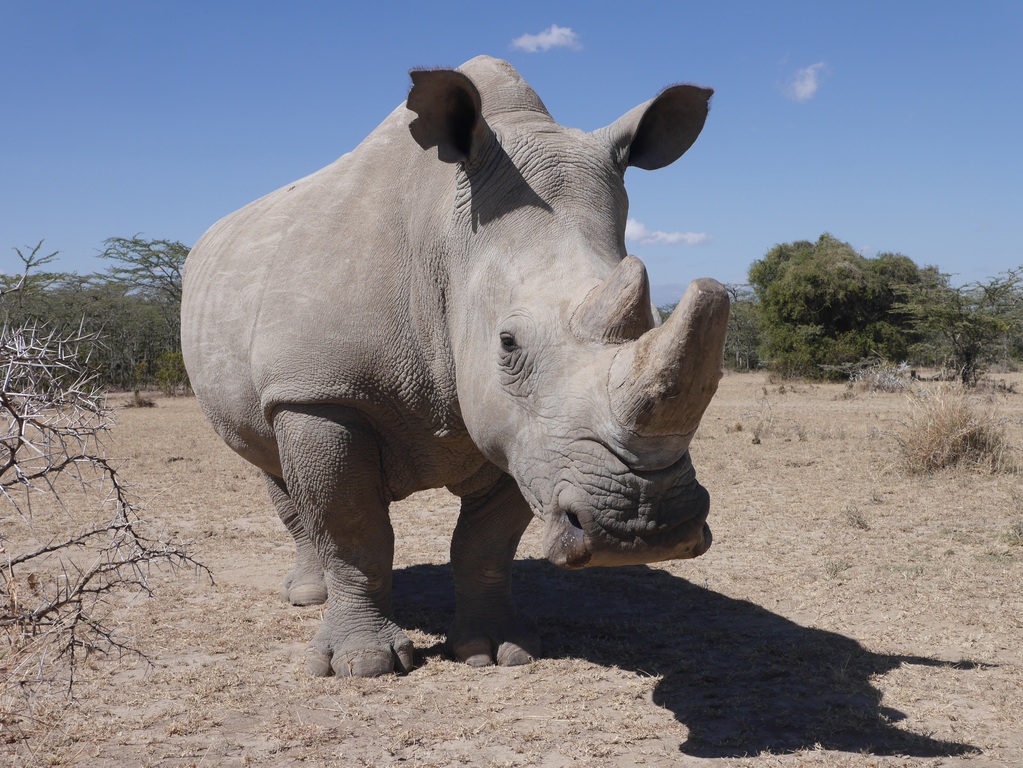 It is of some comfort that Sudan’s death, at the grand old age of 45, was not at the brutal hands of poachers. This is in no small part due to the fantastic animal husbandry of Ol Pejeta Conservancy’s boma-care and law enforcement rangers, who made Sudan’s long life possible.

Once abundant throughout Uganda, Chad, Sudan and the Democratic Republic of the Congo (DRC), by 1995 only c. 30 Northern white rhino remained in DRC’s Garamba National Park. Today with only two females remaining, Northern white rhinos are functionally extinct. But how did this happen? The fate of Sudan’s sub-species was due to systematic poaching that drives rhino populations to extinction.

IVF in rhinos is incredibly complex and expensive. It is unlikely that the methods required for its success will have been developed before the last Northern white rhino dies. Meanwhile, Critically Endangered black, Sumatran and Javan rhinos are under ever-increasing pressure from habitat loss and/or poaching.

In 1986, it was believed there could have been as many as 800 Sumatran rhinos remaining in the wild. Now, just 32 years later, official estimates suggest there are fewer than 80 rhinos, but many experts believe even that figure is overly optimistic, with some stating there could be as few as 30 animals surviving. We need to act now to save the smallest – physically and possibly numerically speaking – rhino species from extinction.

At times like this, in a world where so many species are suffering at the hand of man, we have to make very difficult choices, based on the best evidence available. We have to ask ourselves – where can we make the biggest impact with the scarce funds we have?

Cathy Dean, CEO of Save the Rhino, says:

“No doubt there are research grants out there that are only available for the type of pioneering lab work that will require Assisted Reproductive Technologies for Northern white rhinos and other functionally extinct species. But I would be loathe to see existing donors divert their donations and grants from supporting the monitoring and protection of wild populations. The key lesson is not to allow other species or subspecies to reach the same parlous state. By the time you’re down to a handful of individuals, who have become famous worldwide for being quite so rare, it’s really far too late.”

Sudan’s legacy should be one that ensures the same fate does not befall the other Critically Endangered black (c. 5,000 animals surviving), Javan (67) and Sumatran (>80 ) rhino species.

2 thoughts on “What will Sudan’s legacy be?”