You are here: Home » Thorny Issues » Corruption and rhino conservation 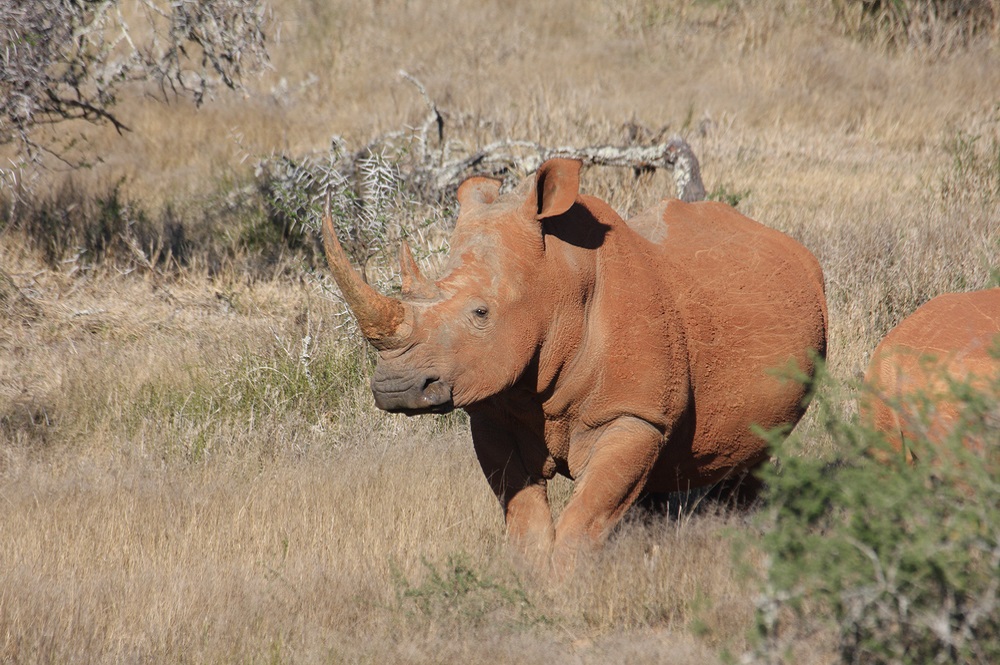 The illegal wildlife trade is the fourth-most lucrative transnational crime after drugs, arms and human trafficking. Rhino horn, in particular, is the highest-value illegal wildlife product. With the proceeds of wildlife crime so lucrative, tackling corruption necessarily plays a big part in rhino conservation.

Corruption negatively impacts work in the field, in the police, judicial process and even in government. Rangers may turn poacher themselves, or provide inside information to poaching gangs; crucial evidence may be ‘lost’, and court cases delayed when defence attorneys repeatedly fail to attend court hearings. Corruption is often disguised as incompetence.

Given these issues and the importance of ensuring real impact for rhinos, Save the Rhino works diligently to support the places and projects that we know will help save rhinos and reduce corruption. In this ‘Thorny issue’, we discuss the reasons behind corruption and how we work to overcome it so that our supporters know their generous donations are being spent as productively as possible.

As in other areas of life, money is the key driver of corruption. With the high value of rhino horn and the chance of significant extra income, the temptation to act differently (or illegally) can be great, particularly for anyone would take a job as, say, a field ranger, simply because it was paid, rather than because of a love of wildlife.

If a ranger is not satisfied with their terms of employment or living conditions or is not motivated by or recognised for their work, they may, regrettably, choose to use their knowledge to help poachers in return for a financial incentive. Similarly, a presiding judge or magistrate may be bought off by the poacher’s defence team, or the prosecutor may be persuaded to bring minor charges, rather than the whole panoply available.

Keeping rangers and the judiciary motivated to act in the best interest of rhino conservation, therefore, is key.

How can field programmes prevent corruption?

Improving morale in ranger teams is one way that corruption can be reduced. With higher job satisfaction, rangers are less likely to want to undermine their rhino conservation efforts, instead remaining dedicated to their roles and to the rhinos they monitor and protect. Maintaining high levels of morale needs effort and funding: leadership from the front, by highly visible and active managers, ensuring that rangers are properly dressed, equipped and trained, and recognising and rewarding exceptional service. Even then, the sustained poaching crisis, that has gone on for more than a decade now, and the extended impact on rangers’ working hours, safety, family relationships etc. takes its toll. This is where the wider global community can step in and help to support rhino conservation.

At the local level, conservation programmes often work to ensure that communities living adjacent to key rhino areas value and benefit from the rhinos they call their neighbours. When this is done well, communities are more likely to pass on intelligence about a gang from elsewhere coming into the area and asking questions about security in the park or reserve. In one example, a report from Mozambique demonstrated how football was bringing people together and contributing to reduced poaching on the ground. Several of the field programmes we support employ former poachers: they know how poachers think and operate, and become highly effective rangers.

Technology is another tool that can help to reduce corruption. Most ranger teams are tracked 24/7 while they are working, so that managers know the locations of every patrol, which are usually randomised, with instructions only given out each day or night to the patrol leader. Only those that need to know are aware of rangers’ locations at any given moment. If a poaching incident were to occur, patrol location information can be vital to determine if there were any inside collusion.

The right to carry out polygraph (lie detector) testing is being built into new staff employment contracts at some organisations; inserting new clauses retrospectively to existing contracts is difficult. Some field programmes require full criminal records checks on prospective staff, and take DNA samples and fingerprints from all employees, even if only to be able to rule out suspects in the event of a crime.

While wildlife management authorities in many countries were originally set up to focus on conservation and tourism, they now face the significant task of responding to wildlife crime and corruption, often without the necessary resource to do so. Taking action against corruption is critical for these organisations, yet vulnerabilities can occur that leaves such authorities open to corruption taking place within them, despite the many honest and diligent officials that do abide by the rules. In 2019, the United Nations Office on Drugs and Crime published a guide on addressing corruption for wildlife management authorities, Scaling Back Corruption. The guide highlighted steps for authorities to undertake to become better at combating corruption in wildlife crime, using a step-by-step process:

If all wildlife management authorities took the above steps, the risks of corruption within such authorities could be reduced, providing more resources to focus on improving conservation efforts and tackling other aspects of wildlife crime.

Save the Rhino’s support to prevent corruption

One of our biggest priorities is supporting people on the ground. This not only means equipment but also increasing motivation and pride in a ranger’s work. Many of our grants go towards items such as uniforms and improved living areas, which are not only practical but also improve morale and capacity for every individual to work at their best. Our field partners place great emphasis on engagement with local communities, which often include Rangers’ families; if the programme offers employment and education, rangers’ interests in the integrity of the protected area are increased.

Thanks in part to work with the schools in the villages surrounding North Luangwa National Park, for example, the North Luangwa Conservation Project in Zambia has experienced zero poaching since rhinos were re-introduced in 2003. We have also championed initiatives like For Rangers that improve the lives of rangers and their families. With more than 100 wildlife rangers killed on duty each year, it is important that they and their family feel supported while being part of a dangerous livelihood. In 2018, we provided £26,165 for group life insurance for rangers working at multiple conservancies in Kenya and Tanzania. By funding these types of projects and programmes, we can contribute to improved motivation and in the long-term, reduce the likelihood of corruption.

Measures to prevent fraud and use our funds responsibly

We are extremely conscious of our duty to use donor funds responsibly so that we progress towards our vision of all five rhino species thriving in the wild for future generations. With every programme we support, we base our decision on priorities recommended by members of the IUCN SSC African and Asian Rhino Specialist Groups.

We also have very open relationships with each programme manager with whom we work, speaking regularly and meeting as often as possible, whether in the field, in our office in London, or at international conferences and workshops. Maintaining frequent communication builds our trust in the field programme managers, and also means that they feel able to tell us about any internal problems they are experiencing. We know that corruption is a risk and that it’s almost impossible to weed out ‘bad apples’; what matters is how the field programme’s manager deals with any corrupt individuals.

Some field programmes ask us to pay suppliers direct, rather than send the funds to a central or state government bank account, where the funds may be used for other purposes from which the grant was intended (not because the intent was to defraud, but because inadequate ring-fencing measures are in place or procurement is too slow). For one of the field programmes, for example, our grants are sent to an account registered in the name of the Park’s Honorary Officers: there are a number of control mechanisms in place (e.g. there are three named signatories on the account, the account is audited annually etc.) and these measures are articulated in a signed and scanned letter.

By taking these steps with every grant we give out, we know that the money so generously donated to Save the Rhino continues to be used to achieve more for rhinos. If any concerns were to arise, we are confident in the procedures and abilities of our colleagues across the world, knowing that an issue would be dealt with swiftly and correctly.

This trust in our field programmes is the reason we know we can make a difference with every penny we provide to them. You can find out where our most recent grants were sent here.