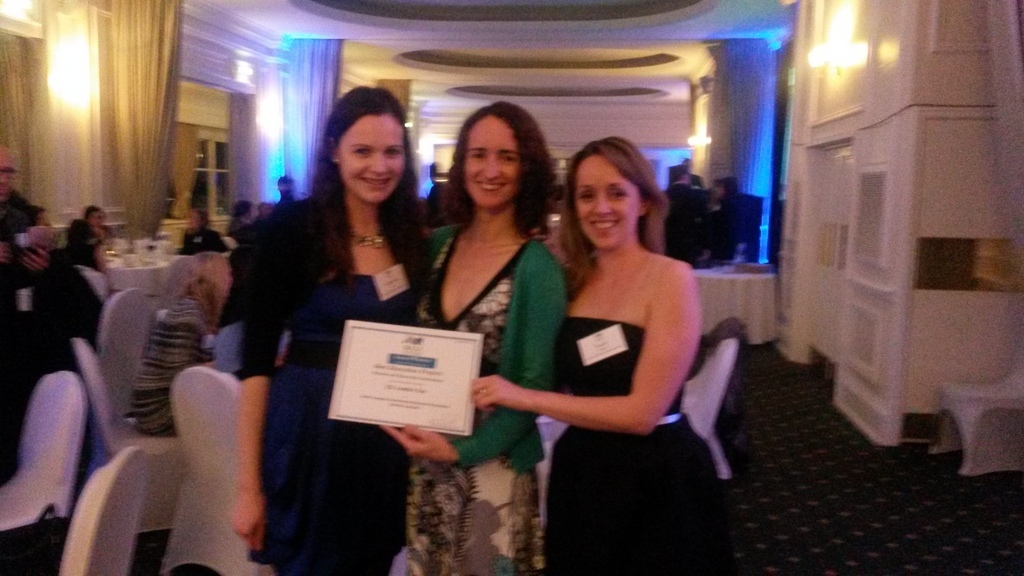 Save the Rhino is delighted to report that the Zambian conservation education programme ‘Lolesha Luangwa’ has been awarded with the ‘Malcolm Whitehead Award for Best Education Project: schools and educational institutions’, at a prestigious ceremony for the annual BIAZA (British and Irish Association of Zoos and Aquarium) Awards. Lolesha Luangwa is one of the projects of the North Luangwa Conservation Programme supported by Save the Rhino.

The award was given to ZSL London Zoo who has partnered with Save the Rhino International, to help redevelop and provide technical support to North Luangwa’s environmental education programme named ‘Lolesha Luangwa’ meaning ‘Look after Luangwa’. Kate Oliver (pictured far left), an Education Officer at ZSL, who has worked on the project, was delighted to collect the award at the ceremony at ZSL London Zoo on Wednesday 21 November.

Frankfurt Zoological Society’s North Luangwa Conservation Programme (NLCP) is a Zambian NGO (established 1986), working in partnership with the Zambian Wildlife Authority (ZAWA) in the North Luangwa Ecosystem. It covers approximately 16,000 km2, encompassing the North Luangwa National Park (NLNP) and its five surrounding Game Management Areas. NLCP is involved in all aspects of protected area management, as well as delivering community engagement beyond the Park’s boundaries, including its environmental education programme, Lolesha Luangwa. NLCP’s overall goal is: “The biodiversity and ecosystem services of the North Luangwa ecosystem of Zambia sustainably managed and generating benefits contributing to the long-term security and resilience of rural communities.”

With support from ZSL’s Discovery and Learning Department, the Conservation Education team at NLCP have been able to develop their teaching and communication skills, enabling them to create a schools’ outreach programme that will play a key role in ensuring the successful conservation of black rhinos in Zambia. The project has effectively reached out to local schools around North Luangwa, and has provided an addition to the curriculum that is valued by teachers and pupils alike.

Susie Offord (pictured above right), Deputy Director of Save the Rhino says ‘’It is fantastic that the achievements that ZSL have made possible for ‘Lolesha Luangwa’ have been recognised by the wider zoo and conservation community. The importance of involving local communities, especially children is essential for the future of wildlife conservation, particularly critically endangered black rhinos’’

Other exciting developments for the programme include the purchase of a new overland truck, which will be used to take selected school-groups and their teachers into North Luangwa National Park, so that they can see wildlife – and perhaps even a black rhino – for themselves. Funding for the truck came from Save the Rhino and the USFWS.

The importance of the programme cannot be understated; these young people could well be the next conservationists of the future, and will hopefully play an active role in protecting black rhinos in Zambia.

Click here to read more about ZSL’s support for the programme.