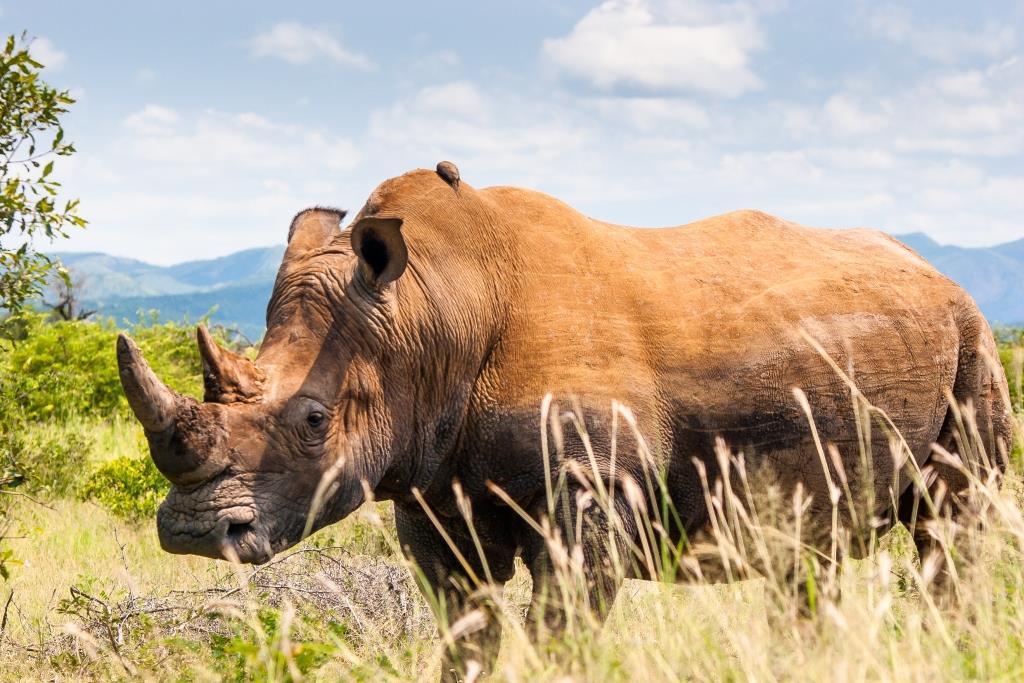 Our accounts for the financial year 2013-14 have not yet been audited, but provisionally, we awarded a total of £662,330 in grants to the rhino conservation programmes that we help support during the past year. The figure was boosted by a bumper crop of grants in March, when we were able to send out £99,790, thanks to our super-generous donors and supporters. You can read more about our recent March grants below.

We sent £8,705 to the Association of Private Land Rhino Sanctuaries in Kenya, for its black rhino emergency fund, which pays out half of the costs arising from treatment required for injuries sustained in poaching attempts or in-fighting. The other half is paid by the sanctuary concerned. This award was made possible thanks to grants of £5,000 from Chester Zoo; £2,500 from the Swire Charitable Trust; £1,000 from the Lotus Foundation and the remainder from supporter Matt Todd.

Big Life Foundation in Kenya received £10,432 for its rhino programme (monitoring and protection) in the Chyulu Hills. This was made up of a series of grants: £4,036 in miscellaneous donations via our website, the remaining £1,498 from Treasure Charitable Trust’s earlier grant; 2,000 euros from Rhino’s energy drinks; and £3,235 from our own core funds. The Big Life Foundation has recently reorganised its patrol teams across the Chyulu-Amboseli ecosystem, and covers a wide range of initiatives, including wildlife-predator and human-elephant conflict; however our support focuses exclusively on the rhino work.

We sent £16,280 to Education for Nature Vietnam, an NGO that is now very active in Vietnam on addressing the demand for illegal rhino horn. Our grant included 2,500 euros from Association Ecofaune Virement in France and £191 received in miscellaneous donations via our website; the remainder was from our core funds. The grant will pay for awareness-raising via a range of media outlets, law enforcement efforts in Vietnam and working on policy with the Vietnamese government.

Hluhluwe-iMfolozi Park in South Africa received a total of £11,853 for ongoing rhino monitoring and protection work. This was thanks to a number of grants received: 2,650 euros from the Foundation Friends of the SafariPark Beekse Bergen; 2,000 euros from Safari de Peaugres; £550 raised by the Association of Veterinary Students; and the remaining £7,437 from a wide range of people who donated or raised funds for us, including Mat Hartley, who held a braai every day for 365 days! Most of the funds will pay for essential items of kit / equipment for the rangers; we hope to cover a further “shopping list” of kit required via our 2014 appeal in aid of Hluhluwe-iMfolozi Park.

We awarded £18,468 to the Lowveld Rhino Trust in Zimbabwe, which monitors and assists with management interventions for black and white rhino in Save Valley Conservancy and Bubye Valley Conservancy and occasionally in Chipinge Safari Area. £6,146 of this came from the Beit Trust for a digital radio system; and 5,000 euros from Dublin Zoo, £6,000 from Knowsley Safari Park and £2,165 from miscellaneous donations to help pay Malilangwe Community Trust for 10 white rhinos that the Lowveld Rhino Trust has moved to Bubye Valley to initiate a conservancy-community rhino production partnership.

We sent £6,926 from miscellaneous donations and core funds to pay the final instalment of the costs of installing a digital radio system in the rhino sanctuary in Mkomazi National Park in Tanzania; the previous instalment was covered by a generous grant from US Fish and Wildlife Service’s Rhino and Tiger Conservation Fund.

North Luangwa Conservation Programme in Zambia received a total of £6,745. $4,000 of this was from SRI Inc. for an exchange visit for scouts from North Luangwa National Park to visit the Lowveld Rhino Trust in Zimbabwe for further practical training; the remainder was from our core funds to reposition some of the rhino sanctuary’s internal fences.

Finally, we spent £20,381 on the workshop held in Kruger National Park at the end of March on new technology for rhino monitoring and security, attended by a wide range of rhino conservation field programme managers as well as manufacturers of specialised equipment. £18,961 of this came from USFWS RTCF; the remaining £1,420 from our core funds; these paid for international flights, internal transfers and accommodation. Our funding was supplemented by a grant from WWF-SA, which paid accommodation costs direct, and by a generous discount from hosts SANParks.

We would like to thank all of our 2013-14 donors – individuals, companies, zoos and grant-making organizations – for their fantastic support for rhino conservation in Africa and Asia through Save the Rhino International.

Click here to read more detail on all our grants for the previous year.