You are here: Home » News » What happened at CITES CoP19? 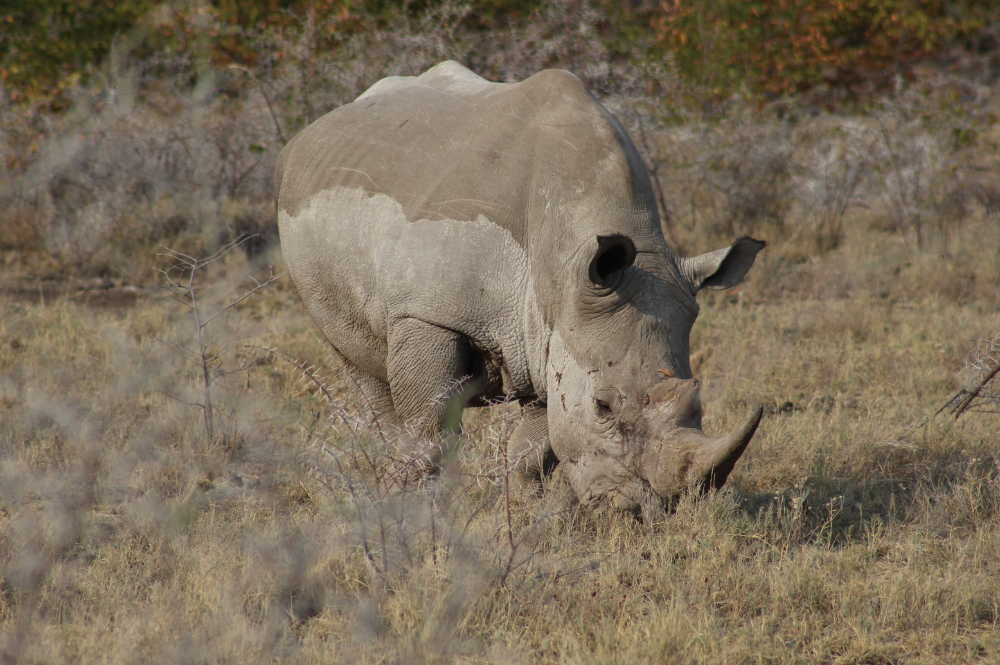 In November 2022, a conference took place in Panama to discuss the future of the international trade in endangered species. This was the 19th Conference of the Parties (CoP19) to CITES (the Convention on International Trade in Endangered Species). As you might imagine, given the impact of the illegal trade in rhino horn on their conservation status, rhinos were discussed.

The international trade in rhino horn was banned by CITES in 1977, but proposed amendments to this ban are regularly raised at CITES conferences. This conference was no different. Two proposals were submitted:

The first proposal, submitted by Namibia and supported by Botswana, looked to ‘downlist’ Namibia’s white rhinos from Appendix I to Appendix II. Moving between appendices in this way would enable some trade with restrictions. (N.B. Trade in all species listed within Appendix I (unless under exceptional circumstances) is prohibited, whereas limited and regulated trade is allowed if a species is listed within Appendix II. Find out more about this on the CITES website.) This proposal was nothing new for Southern white rhinos as a subspecies: South Africa’s and Eswatini’s Southern whites are already within Appendix II with a similar trade restriction, and Namibia had previously submitted a similar proposal for its white rhinos.

Namibia’s white rhino population is the second-largest population of the species, estimated to number 1,234 (as of 31 December 2021);  it has grown significantly since the early 2000s. The increase demonstrates that Namibia has mostly been able to protect its rhinos from the significant poaching threat. But security is increasingly expensive. Costs can reach millions of dollars each year for just one reserve: finding new income streams is imperative, or rhinos could be increasingly at risk of poaching, or owners could be forced to sell their rhino, thus reducing the rhino habitat available. Namibia’s proposal aimed to generate income for rhino owners from live sales and trophy hunting permits.

The proposal was accepted with amendments (on the amended proposal, 83 Parties voted in favour, 31 Parties voted against, and 13 Parties abstained). Namibia’s white rhinos would be moved into Appendix II “for the exclusive purpose of allowing international trade of live animals for in-situ conservation only, and only within the species’ natural and historical range in Africa. All other specimens shall be deemed to be specimens of species included in Appendix I and the trade in them shall be regulated accordingly.”

This means that the live trade in Namibia’s white rhinos to other rhino range states is legal, but that trophy hunting of white rhinos in the country remains illegal. White rhino owners in Namibia will now be able to trade white rhinos with current and former range states, which should not only boost income, but also increase white rhino genetic diversity, and potentially expand the total white rhino habitat available. However, the removal of trophy hunting within this amendment raises an important question. Namibia has a well-regulated black rhino trophy hunting programme – given the importance of funding conservation and the country’s ability to carefully manage such a programme, why was this aspect rejected?

Eswatini is home to 98 Southern white rhinos (as of 31 December 2021). All these white rhinos are within Appendix II, with trade restricted to “the exclusive purpose of allowing international trade in live animals to appropriate and acceptable destinations and hunting trophies. All other specimens shall be deemed to be specimens of species included in Appendix I and the trade in them shall be regulated accordingly.” The country’s proposal sought to remove this restriction, hence allowing a legal international trade in rhino horn.

Like the Namibian proposal, this was nothing new. Eswatini had previously proposed a change in trade restrictions for its white rhinos. Primarily, Eswatini’s proposal aimed to increase funding by trading rhino horn (both from stockpiles and regular dehorning operations). The income generated would be invested into Eswatini’s two rhino reserves to boost conservation and maintain rhino security activities.

The proposal was rejected (15 Parties voted in favour, 85 voted against, and 26 abstained).

We recognise that generating sufficient and long-term income streams for rhino conservation is incredibly difficult (it’s a challenge we look to help overcome every day). And we understand that a well-regulated and managed trade in rhino horn, whilst controversial and complex, could be beneficial for rhinos. However, as it stands, there are simply not enough processes, protocols or procedures in place to enable such a trade without taking an enormous risk.

The latest estimates show that the global rhino population has decreased (mainly due to the significant decline in the white rhino population within South Africa) and, whilst poaching numbers across Africa have decreased since the high of 2015, we continue to lose one rhino every 17 hours. We cannot afford to legalise an international trade in rhino horn without having fully understood the potential consequences or having put in place the necessary controls and processes to prevent illegal horn being laundered through a legal horn trade.

In 2016, South Africa formed a Committee of Inquiry (CoI) to understand options for rhino conservation and trade (both positive and negative). The CoI identified five key areas to be progressed in order to facilitate rhino conservation and any trade. We wrote more about this here. Until steps are taken to progress these areas, introducing any trade risks causing severe consequences that can’t be easily reversed.