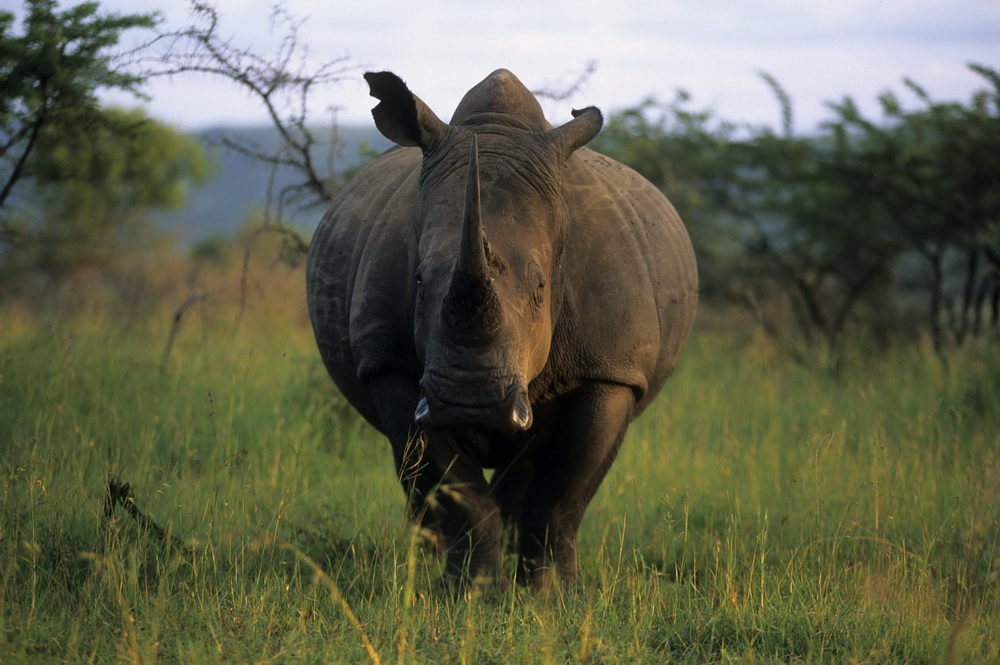 At the CITES 18th CoP (the Conference of the Parties (CoP) meeting for the Convention for International Trade in Endangered Species), held recently in Geneva, three rhino-related proposals were debated:

The outcome of each decision will inevitably have an impact on rhinos. We’ve taken each of them in turn to dive deeper into what these decisions mean, with the rejected proposals below and the only accepted proposal (from South Africa), here. Firstly, here’s some background on rhinos and CITES:

CoP18 Prop. 9: To allow live Southern white rhinos to be traded from Namibia to appropriate destinations

The official proposal from Namibia was to: transfer of the population of Namibian Southern white rhinoceros Ceratotherium simum simum from Appendix I to Appendix II with an annotation. The proposed transfer to Appendix II was for the exclusive purpose of allowing international trade in live animals to appropriate and acceptable destinations and in hunting trophies. In a move that disappointed advocates of sustainable-use policies, the proposal was rejected, with 39 votes in favour and 82 against; as a result, Namibia may only undertake non-commercial trade for its white rhinos.

The proposal was nothing ‘new’ for Southern white rhinos: South Africa’s and Eswatini’s Southern whites are already within Appendix II with the same trade annotation around trophy hunting and live rhinos.

Namibia holds the second-largest population of Southern white rhinos in the world (975 at the end of 2017) and, thankfully, the subspecies’ poaching rate in the country is around 0.1% of the total population (an average of nine white rhinos and 50 black rhinos each year). While poaching remains a critical risk, Namibia’s white rhino population continues to grow at a rate of 6.7% each year (including imports).

Despite the low poaching numbers compared to other rhino range states, security is still vital – and costly.

High costs can reduce private ownership, which has helped to increase Namibia’s rhino population in the first place (nearly 80% of Namibia’s white rhinos are privately owned). With high-security costs, the challenges that come hand-in-hand with rhino poaching, and the intense ongoing drought, private rhino owners need an incentive to keep rhinos, which the changes in trade may have helped to provide.

The reasons behind the rejected votes are not yet clear. However, perhaps CITES Parties would have been more inclined to accept this proposal had the ‘appropriate and acceptable destination’ been clearer for live rhino exports.

While the phrase may seem fair, without a clear definition, it is not obvious what would or would not pass under this phrase. For example, would zoos or farms in China and Vietnam fit into this category? Currently, only one facility in China is accredited by the World Association of Zoos and Aquaria. The basis for the assessment of any destination should be much clearer; for example, any captive facilities should have to meet the husbandry standards set by the America or European Associations of Zoos and Aquaria (AZA / EAZA). And, if a rhino is being moved to a country with high demand for rhino horn, how will CITES’ Management Agencies in the exporting and importing countries ensure that no illegal trade in horn takes place after the move?

While this proposal was not accepted, it is important that CITES Parties answer these questions for the future. Meanwhile, countries, including Namibia, in the Southern African Development Community region are becoming more vociferous in their complaints that CITES is being overly influenced by non-rhino-range state countries and animal welfare organisations, with talk of a breakaway movement more compatible with sustainable use policies.

CoP18 Prop. 8: To allow regulated trade in live Southern white rhinos and their rhino products (including horn) by Eswatini

Eswatini aimed to legalise the trade in rhino horn at CITES with its proposal to: Remove the existing annotation on the Appendix II listing of Eswatini’s southern white rhino population, adopted at the 13th Conference of Parties in 2004, so as to enable Eswatini to realise full Appendix II status for its white rhinos as provided for in Article IV of the Treaty, thereby permitting the regulated legal trade in Eswatini’s white rhinos, their products including horn and derivatives.

The proposal was rejected by 102 votes to 25, with seven abstentions.

Eswatini’s proposal stated that the legal trade was necessary to increase revenue for the rhino parks, which are said to be struggling from high-security costs and due to the prolonged drought. Of course, finding sustainable income for conservation is no easy task (as we know), but this proposal was too light on detail to bring a positive outcome for rhinos.

Any horn trade that is beneficial for rhinos, as well as people, would need strong regulation and clear guidance about the sales criteria (i.e. to where, to whom, and for how much) and strategies to stop illegal trade so that the two markets are not running parallel and impacting each other.

The proposal admitted there was no significant market for rhino horn within Eswatini and that horn would instead be sold to the licenced retailers in the Far East, yet no system for licencing is in place and the proposal did not outline a process.

While the proposal did include some information about safeguarding permitted trade, other rhino range states would also need to work on complementary strategies to ensure that rhino horns were not leaked across borders and laundered into a legal system.

In 2016, South Africa formed a Committee of Inquiry (CoI) to understand options for rhino conservation and trade (both positive and negative). The CoI identified five key areas, each with its own requirements, which needed to be progressed in order to facilitate rhino conservation. We’ve written more about this here. The report demonstrated just how complex the situation of rhino horn trade is and how much more work there is to do before any trade could be legalised, especially given the severity of the concurrent poaching crisis.

A legal trade in rhino horn may not be off the table forever, but more information, clarity, and cooperation between countries would be needed before international trade could be opened.

One thought on “CITES 18th CoP – What’s the verdict for rhinos?”