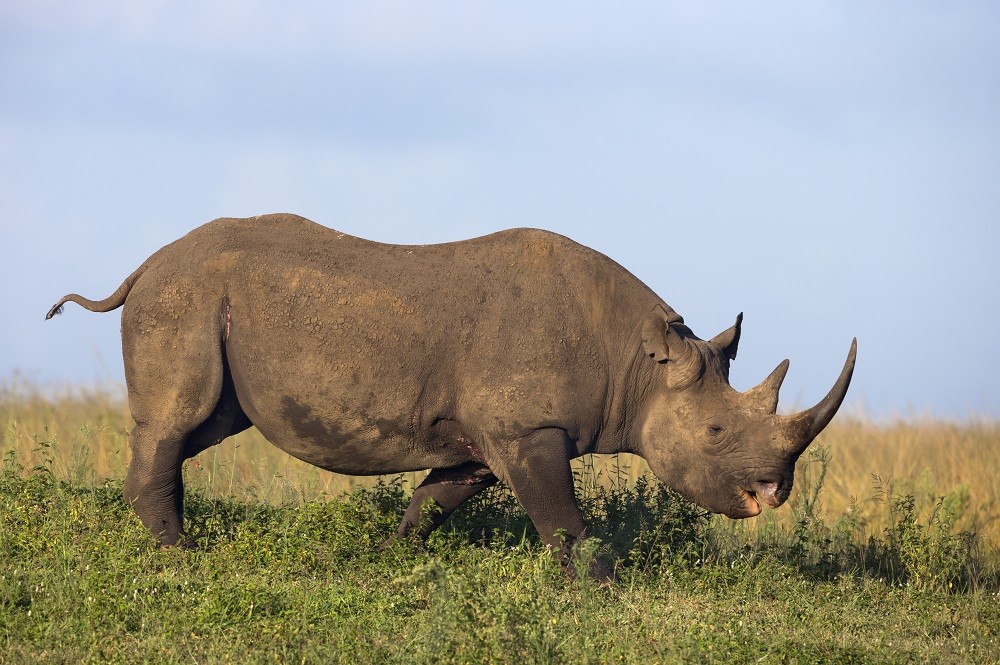 At the 18th meeting of the Conference of the Parties for CITES (Convention for International Trade in Endangered Species), South Africa has succeeded in its proposal (CoP18 Doc.48) to increase its export quota for black rhino hunting trophies, from five adult males (subspecies Diceros bicornis), to a total number of adult male black rhinos not exceeding 0.5% of South Africa’s total black rhino population.

The change will increase the number of black rhinos that can be trophy hunted each year in South Africa from five to a maximum of 10 animals (based on 2017 population numbers), and this number will now vary each year.

The total number of each black rhino subspecies in South Africa, and the revised quota.

Given the major threat to South Africa’s rhinos is poaching, the key part of this proposal is not the hunting itself, but the calculations based on population size.

All three black rhino subspecies have increased in South Africa, from a total of approximately 800 animals in 1992, to 2,046 by the end of 2017. This is certainly a positive change, however, up-to-date figures for 2018 have not yet been released. Changing the current system from a set number to using a percentage of the population requires extremely accurate population counts. Without recent and precise numbers of each subspecies, how can we be completely confident of the numbers used? To increase confidence, more regular updates on populations need to be reported, with provincial breakdowns, more promptly. Not only would this help to determine the population, but also benefit overall biological management.

A revision has been added to the final text providing a ‘safety net’: the change would stop the percentage quota being used if black rhino numbers fall under a specified science-based threshold. However, there is no further detail on how the threshold will be calculated.

Thankfully, South Africa already has a permitting and monitoring system in place for trophy hunts, including strict conditions for black rhinos: those selected are chosen on biological principles (generally older, post-reproductive bulls, who may have a detrimental effect on the overall rhino population, by being aggressive or territorial). Removing a ‘problem’ individual may enable a higher growth rate for or greater genetic diversity of the population as a whole. However, in situations including a problem animal, timely decisions must be made. Such decisions may take months to finalise, which can cause more issues for the local communities involved.

South Africa hopes that this change in the annual hunting quota will improve population growth and management by incentivising private owners to keep black rhinos, therefore increasing the land available for the species.

We wait to hear more about the population threshold calculations and hope that up-to-date population figures for all of South Africa’s rhinos are published soon.