You are here: Home » News » What does it take to increase rhino populations? 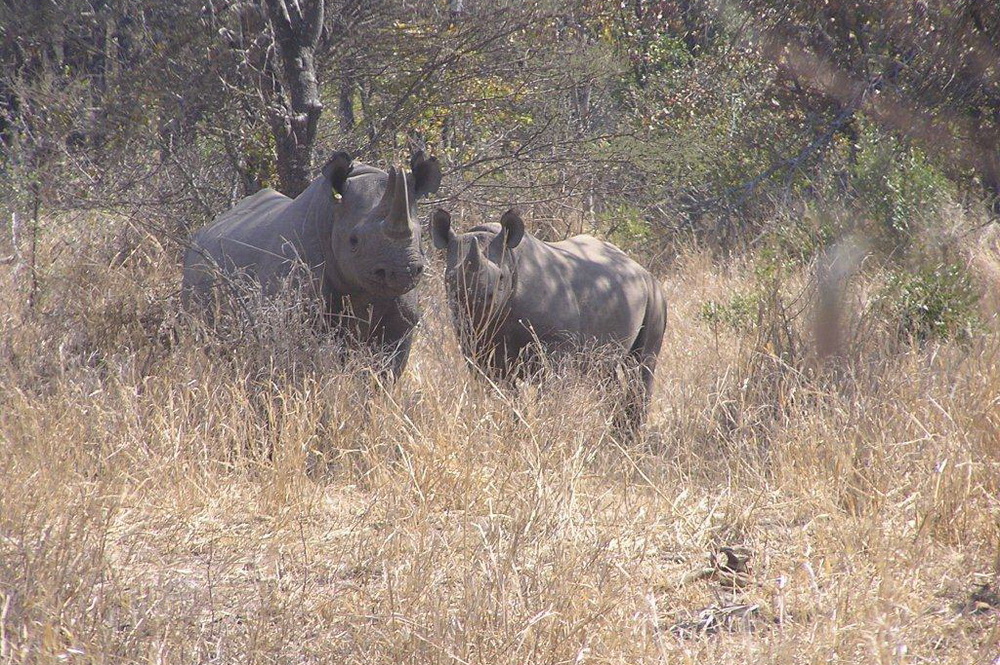 Given the immense challenge of the current poaching crisis in Africa, most of your donations go towards efforts to keep rhinos safe, such as increased ranger patrols to spot anything unusual, effective canine units to track poachers and detect illegal wildlife products, and improved informer networks to gather intelligence about suspicious activity. All of these actions are vital, but they all focus on protecting rhinos rather than boosting their numbers. So, what can we do to encourage a much-needed increase in rhino populations?

In Zimbabwe, the Lowveld Rhino Trust (LRT) has been monitoring its rhino populations for many years. Its core focus is to boost the number of rhinos within the Lowveld region of south-eastern Zimbabwe. LRT concentrates its efforts on developing large populations of rhinos that achieve high breeding rates and retain strong genetic diversity, within protected and suitable habitats. This requires expert management of the wild rhino populations, treating animals that have been injured and relocating animals that have strayed into harm’s way. This kind of careful management is only possible if the managers have a deep understanding of the rhinos in their care. Building that understanding relies upon the intensive tracking and monitoring of the Lowveld rhinos.

The Trust has an expert team of dedicated rhino trackers that go out each day to find rhinos across the vast landscape, logging as much information as possible, which includes health and condition, if the rhino was spotted eating / drinking, if the rhino was with or nearby any other rhinos, the time, the date and the location of the sighting. Identifying and reporting these details regularly is important to the long-term health of LRT’s rhino populations. For example, if a bull was becoming particularly dominant in one area, it may mean that he or another rhino should be moved, or, if a pregnant cow was found with a serious injury, treatment could be prioritised to protect the cow and calf’s future.

In 2019, LRT’s team were able to identify 78 rhinos each month, helping them to spot any unusual activity and act if needed. And while late rains in the region increased the environmental pressure on rhinos and other wildlife, they did at least provide better opportunities to monitor the Lowveld’s rhinos at a time when there are generally fewer rhinos spotted.

It may seem simple, but careful monitoring is crucial to successfully managing and increasing rhino populations. With the total number of rhinos for each species so low, observing a population’s health and habitual activity is essential. In fact, rhinos are actually quite productive animals; left alone, safe and with enough space, they will breed fairly well, with most black rhinos able to have a new calf every 2-4 years.

While the total number of African rhinos poached has declined in recent years, the intense pressure hasn’t let up. Criminals are now searching out areas that were previously safe, and the teams protecting and monitoring rhinos have to always be on guard. Within the Lowveld, the team is doing all they can to reduce poaching activity and boost rhino populations.

A huge thank you to all of our donors for their support of the Lowveld Rhino Trust and our other rhino conservation programmes. We’d also like to give a special thanks to Dublin Zoo, Fondation Le Pal Nature and Stichting Wildlife, for their generous contributions towards LRT’s important work!