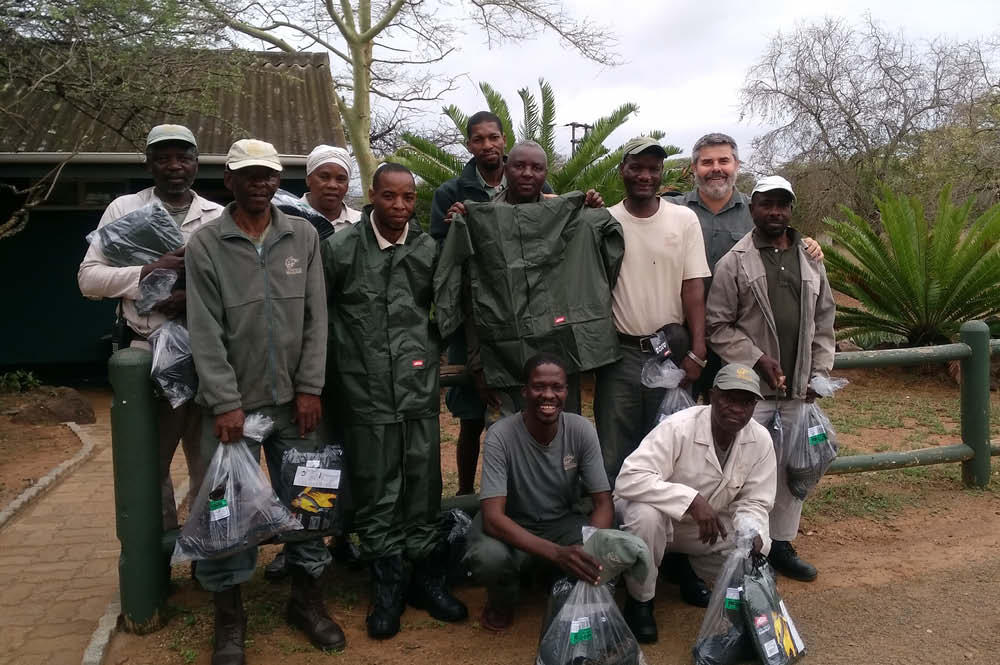 When we think of rhinos, we often think of South Africa. Being home to nearly 80% of the world’s rhinos certainly seems to have its positives and negatives, none more so than having the largest number of poaching incidents: 7,816 rhinos have been killed in South Africa in the past 10 years. Parks and conservancies, notably Kruger National Park in the Limpopo and Mpumalanga provinces, has had to deal with a shocking number of incursions, facing multiple poaching groups each day.

As security tightens and criminals persist, poachers have moved into other parks, including uMkhuze Game Reserve (MGR) and Hluhluwe iMfolozi Game Reserve, both of which we support at Save the Rhino. The ongoing poaching crisis has meant that rangers at each reserve have been working consistently to protect their rhinos.

In 2018, MGR’s rangers were involved in a number of armed contact incidents with poaching gangs, whilst also dealing with an average of two incursions per day from bushmeat poachers. The rangers are often away from their families for weeks at a time, moving from one patrol station to the next and carrying everything they need in their rucksacks, which can weigh approximately 20 kg (imagine walking for up to 12 hours a day with 20 bags of sugar or rice on your back!). In these hard jobs, it is the small comforts that can make a huge difference.

As uMkhuze’s budget was already stretched due to the intense poaching pressure, we recognised an area where we could add real value: building ranger morale. Therefore, with donations from you and our partners, including Stichting Wildlife, we’ve recently funded special equipment and training for rangers to help everyone better protect uMkhuze’s rhinos.

Despite the risks of coming face to face with dangerous poaching gangs, many field rangers were not able to deal with medical trauma in the field. In 2017, we funded first aid training for 40 field rangers, MGRs rhino monitor and two cadets. Now, each individual has the skills and equipment to provide first aid confidently, which will not only help with minor injuries but could also save lives.

Each time a ranger comes back to base after patrolling, they no doubt want (and need!) to rest and relax. When you’re at home, you might unwind by watching some TV, reading a book or seeing friends. This might be a usual part of your weekend, alleviating stress and improving your all-round mood. But such activities are not always possible at ranger stations. Last year, we provided funds to purchase recreational equipment, buying numerous pool tables, football tables and dartboards, as well as 12 TVs, and 25 sets of gym equipment. Having these few items within ranger houses is giving everyone a chance to take their minds off of the challenges each day can bring, and provides activities for everyone to enjoy.

The team at uMkhuze can already see the positive impact that this equipment is having on rangers, improving morale and increasing each ranger’s pride in their work, keeping them motivated to continue.

Despite the tough conditions, we’re pleased to share that rangers are continuing to protect uMkhuze’s rhinos, with their total rhino population the highest it has been for 10 years!

A huge thank you to everyone that has supported uMkhuze Game Reserve.