You are here: Home » News » A helping hand for emergency veterinary rhino care 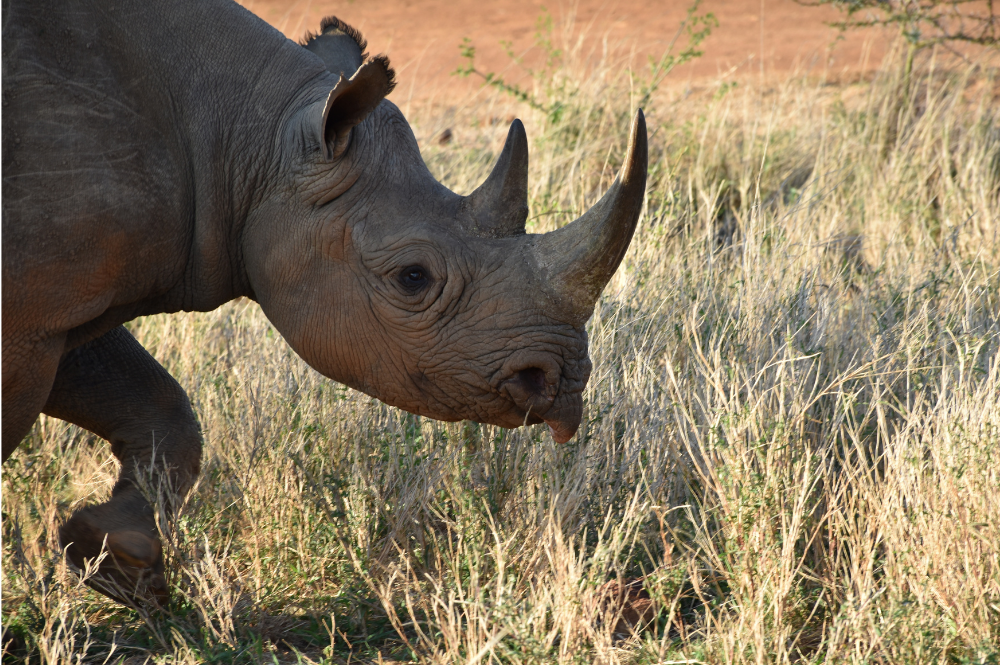 Rhinos don’t just need protecting from poachers. Keeping them healthy and providing them with veterinary care is just as important to ensuring their survival, but, like most things, it comes at a cost.

During the 1980s poaching drastically reduced the number of black rhinos in Kenya to fewer than 280 individuals. Thanks to persistent conservation efforts, numbers grew, and today the country holds the third-largest black rhino population in Africa. However, as the total number of rhinos in Kenya is just 745, protecting every animal is critical if we are to secure the species’ future.

Whether it’s providing treatment to an injured calf, moving an aggressive bull to a different reserve or returning an animal that has broken through a fence, staff on the ground need to be equipped and prepared for unexpected emergencies. While most incidents involve staff from one or more rhino conservancies and a vet, extreme cases can require aircraft, capture trucks and extra teams on the ground, and the costs add up.

To tackle the on-going threat of poaching, the Association of Private and community Land Rhino Sanctuaries (APLRS) was established in 1990 to improve rhino management on private and community land in collaboration with government authorities. However, with essential operational and security expenditure increasing, there was need to secure additional funding to cover unexpected emergency costs.

In 2010, Save the Rhino International began to support a new initiative, the APLRS Emergency Fund for black rhino, which reimburses APLRS members up to 50% of the costs incurred for any emergency response when a black rhino needs a veterinary intervention. From 1 April 2019 to 31 March 2020, your donations helped APLRS members to provide care for five black rhinos: Sambu, Lojipu, two adult male rhinos and Meimei, who sadly died due to the severity of her illness.

Female black rhino Sambu left her maternal territory and escaped into a new area of Ol Jogi Conservancy, but, luckily, thanks to reports from the local community, rangers managed to track her. Your kind contributions not only allowed the team to guide her back into the Conservancy with a helicopter, but also to reward the local community with a donation, which was then used for repairs to a primary school and to buy goats. We are delighted to report that Sambu has now established a new home territory at Ol Jogi – a happy ending for the rhino and the community that offered a helping hand.

However, that’s not the only help on offer. Generous donations from Save the Rhino supporters have been an immense help to the all of the conservancies. It is not only lifting the financial burden, but also ensuring that staff can give the very best care to rhinos in need. APLRS member conservancies are able to respond faster and better to rhino emergencies and, in turn, this will help them to manage and grow rhino populations in the area. Thanks to your help, Kenya’s rhinos are in safer hands and there is hope for their future.