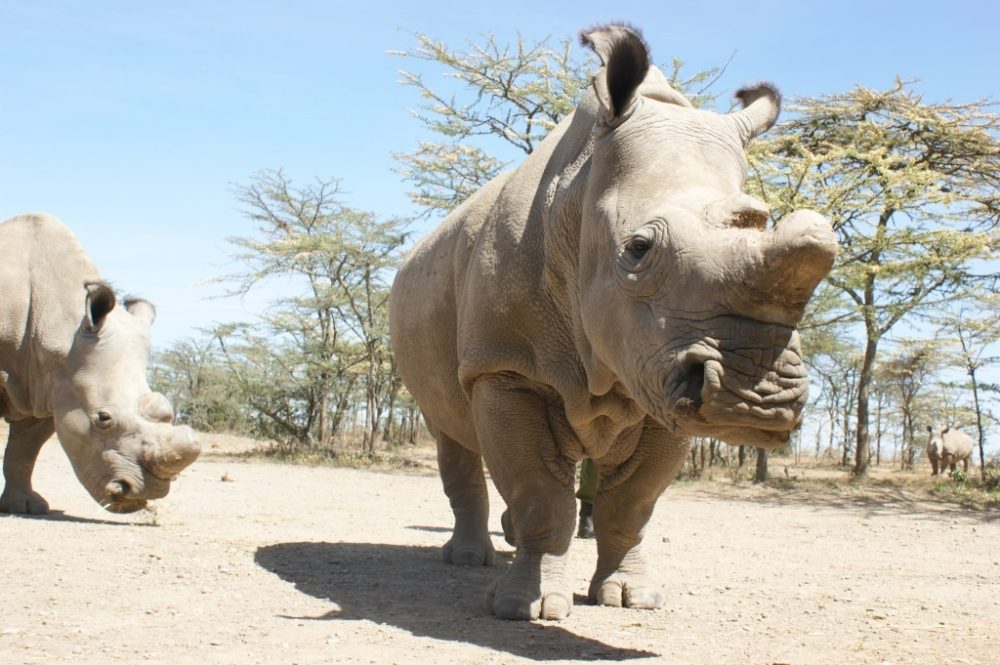 Those involved with the project announced that further embryos had been successfully created throughout 2020 and 2021, bringing the total number of embryos to 12 in July 2021.

On 11 September 2019, scientists from the Avantea laboratory in Italy announced that they had successfully created two Northern white rhino embryos. With only two females surviving of the subspecies, this development is a huge step for Northern white rhinos. All embryos now remain frozen under liquid nitrogen.

The embryos were created using eggs from one of the last two of the subspecies (Fatu), after five oocytes (egg cells) were harvested in August 2019 from both Fatu and her mother Najin, the last two Northern white rhinos remaining, who live out their days at Ol Pejeta Conservancy in Kenya. Neither Najin nor Fatu are able to carry a pregnancy to full term due to age and / or reproductive tract issues.

In this successful fertilisation, scientists at Avantea laboratory matured seven of the eggs in vitro (in a culture dish). The eggs were then injected with sperm cells from two deceased Northern white rhino bulls. The scientists working on the project have stated that two eggs (and in December 2019 a third egg) developed into the blastocyst (early embryo) stage. The next step for this process is to transfer the eggs into a surrogate Southern white rhino at a later date, in the hope that a new Northern white calf will eventually be born.

This is the first time that scientists have been able to produce embryos for Northern white rhinos using in vitro fertilisation (IVF); it is a significant achievement. The next step for these embryos will be a major hurdle: developing a viable pregnancy with a surrogate Southern white rhino has not yet been achieved.

This project has been underway for a number of years, with partners from science and conservation around the world (Germany, Kenya, the United States, the Czech Republic and Italy). Knowledge is gained with each new development, however, we remain a long way away from having a viable (>20 unrelated animals) population of Northern white rhinos.

Using Advanced Reproductive Technologies (ART) to “bring back” the Northern white rhino is a complex, highly difficult endeavour, and creating early-stage embryos is one step on a long journey. We hope that this research brings forward a wealth of information to benefit other rhino species.

All five species continue to be threatened by intense poaching and habitat loss. Only by using a mixture of strategies will we reduce these threats. Developing high-tech reproductive science is one approach; for the Northern white subspecies, ART is the only remaining option.

However, to secure a future for other Critically Endangered species of rhino, the Sumatran and Javan rhino, in particular, our primary focus must be to reduce the current threats, so that no other rhino species dips to such low numbers that IVF and / or ARTs are the only option.