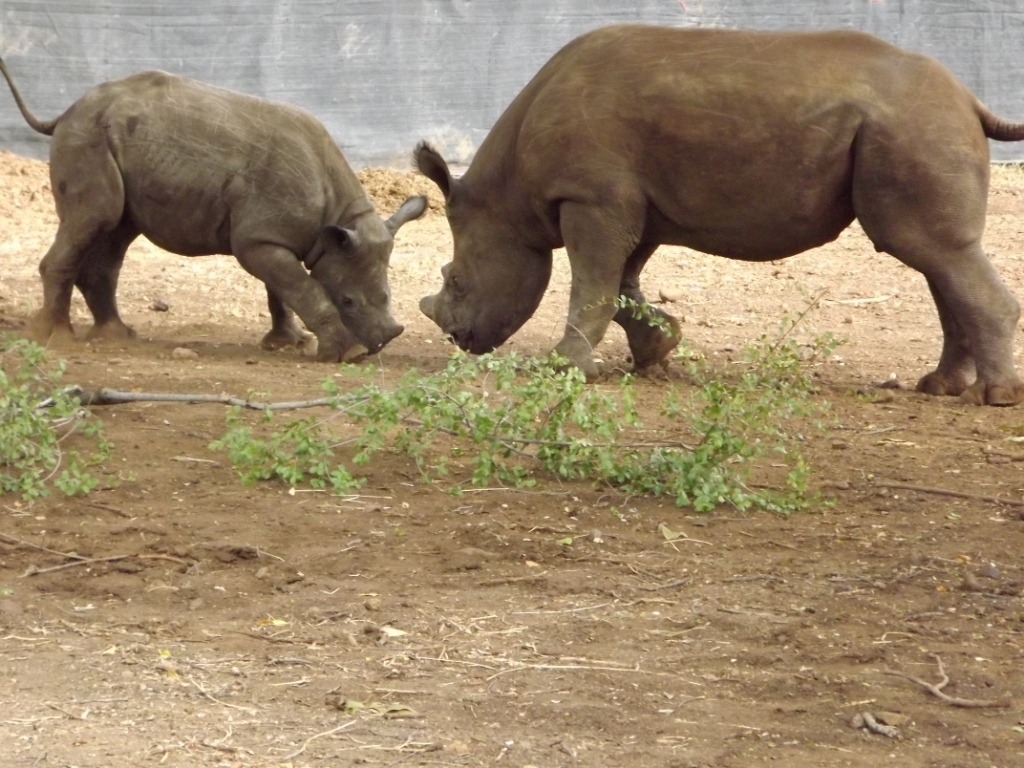 To start this year we wanted to round-up some of the most eye-catching rhino-related news stories from 2017.

New research published on China’s market for rhino horn showed that there are two key markets for rhino horn – medicine and luxury goods. The customers in these two markets behave differently regionally and in relation to conservation issues, and illegal status of rhino horn.

In February 2017, South Africa’s Department for Environmental Affairs released poaching statistics for 2016, showing a 10.3% decline in rhino poaching as compared with the previous year. Although this might have sounded positive, there was no reason to celebrate: 1,054 rhinos were killed in South Africa alone during 2016, which works out nearly three rhinos poached every day. And while poaching is down in Kruger National Park, it was significantly up in other provinces, particularly KwaZulu-Natal.

Following previous incidents of horn thefts from museums and private collections in Europe, a rhino was poached at Parc zoologique de Thoiry in Paris, the first known incident of its kind in a European zoo.

Official statistics indicated a 34% decrease between January and June 2017 compared to the same period in 2016 in South Africa. Despite the positive outlook, questions were raised about the collection of these statistics and whether they are truly representative.

John Hume’s online rhino horn auction took place after an eleventh-hour court challenge. Hume is the first rhino horn breeder in South Africa to sell legal rhino horn domestically since 2009, after the ban was overturned in April 2017. Following the sale, he has released no information on bidders, numbers or values of lots sold.

On 22 September 2017, approximately 70 influential guests gathered in Hanoi, Viet Nam for a World Rhino Day Seminar to discuss the role of Vietnamese media in promoting the protection of endangered wildlife, including rhino species. The seminar was initiated to reveal the powerful way media outlets can incorporate social responsibility into their work and contribute to combatting wildlife crime.

Zimbabwean rhino poaching kingpin Dumisani Moyo was finally brought to trial. After five years on the run, (having been arrested, awarded bail of 10,000 pula (US $960) and absconding), Moyo resurfaced in Zimbabwe and was arrested. This time, the prosecutor stated that he could not be granted bail as he was a proven flight risk.

Memorial to a Species, a photograph of a recently shot and de-horned black rhino in South Africa’s Hluhluwe-iMfolozi Park, won Wildlife Photographer of the Year for Brent Stirton.

One of only two Sumatran rhinos left in Malaysia, Iman, became extremely ill and suffered serious bleeding from a uterine tumour. This coincided with from the recognition from conservationists involved in Sumatran rhino conservation that there could be as few as 30 Sumatran rhino left in the wild worldwide.

The negative perspective of the news featured above is common in mainstream media; not surprising given the many threats that rhinos face, not only from poaching. But there are positive stories too. The successes we have seen from the field programmes we support, as well as the ongoing support of our donors, friends, and partners, even in the face of these challenges, give us hope that all five rhino species will, once again, thrive in the wild.