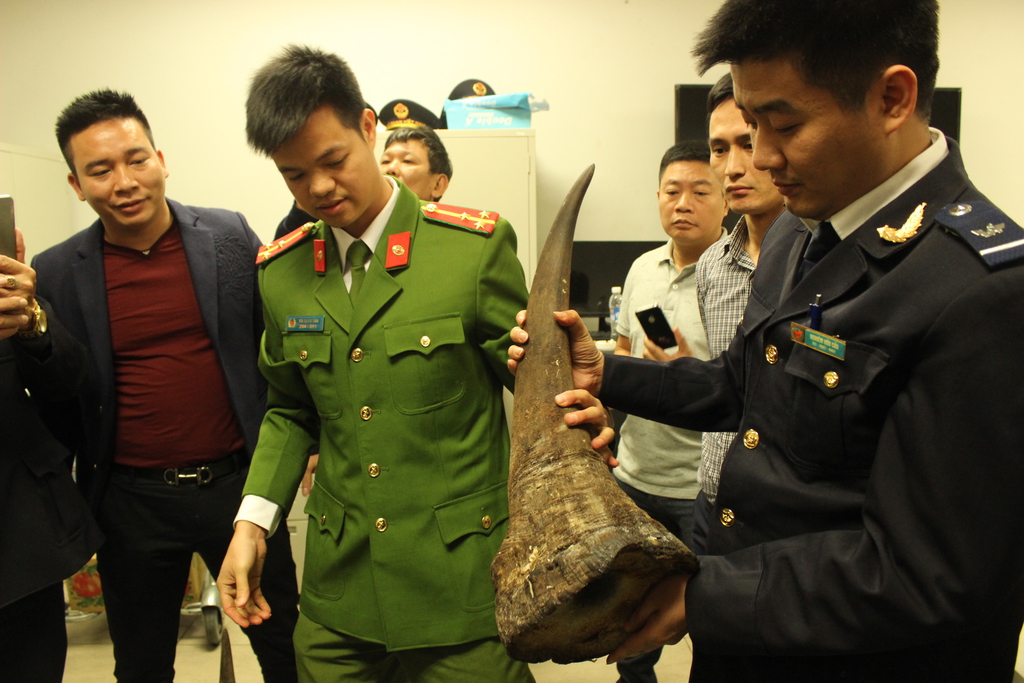 A suspected rhino horn kingpin, Nguyen Mau Chien was arrested on 27 April 2017 along with two members of the wildlife trafficking ring. Chien is suspected to be a leader of a major criminal network that traffics rhino horn, ivory, tigers and other high-value illegal wildlife products into Viet Nam.

Before his arrest, Chien had been under the police’s radar for a long time. The authorities carried out an extensive investigation and surveillance into Chien’s operations and networks before seizing 33kg of rhino horn at Hanoi train station Tin Tuc, on the morning of 27 April 2017 and arresting two of Chien’s associates. Later the same day, the Anti-Smuggling Police Department, in cooperation with Hoan Kiem District Police and Ha Dong District Police, raided Chien’s home in Hanoi where they seized another 3kg of rhino horn, raw ivory, lion pelts, several frozen tiger cubs and other wildlife products. Chien was then successfully arrested.

Save the Rhino’s partners, the not-for-profit organisation Education for Nature-Vietnam, who work closely with the enforcement authorities in Viet Nam believe this is a significant arrest and will be a damaging blow to a major criminal network that has wide operations across Africa.

Save the Rhino would like to congratulate everyone who has been involved in ensuring this arrest was possible. We appreciate this has taken a lot of hard work and dedication. It sends a clear message to wildlife traffickers that Viet Nam will not accept this type of criminal behaviour and that it is keen to meet its international obligations in tackling this international crime.

From 2015 to 2016 several tonnes of ivory, rhino horn and pangolin scales have been confiscated in major ports in Viet Nam including Haiphong, Da Nang, and Ho Chi Minh City. It is believed these confiscated wildlife products and several open criminal cases in Africa are linked to Chien’s network.

Chien owns a tiger farm and has long been suspected of laundering tigers through his farm. He started out by selling fake tiger bones and then going on to purchase a number of tiger cubs that formed the foundation of his breeding stock at the farm. Chien was identified as a major tiger trader with links to a number of tiger seizures over the last ten years. However, over the past five years, he has been expanding his operation into Africa where his networks have been focusing mainly on rhino horn, elephant ivory and pangolin scales.