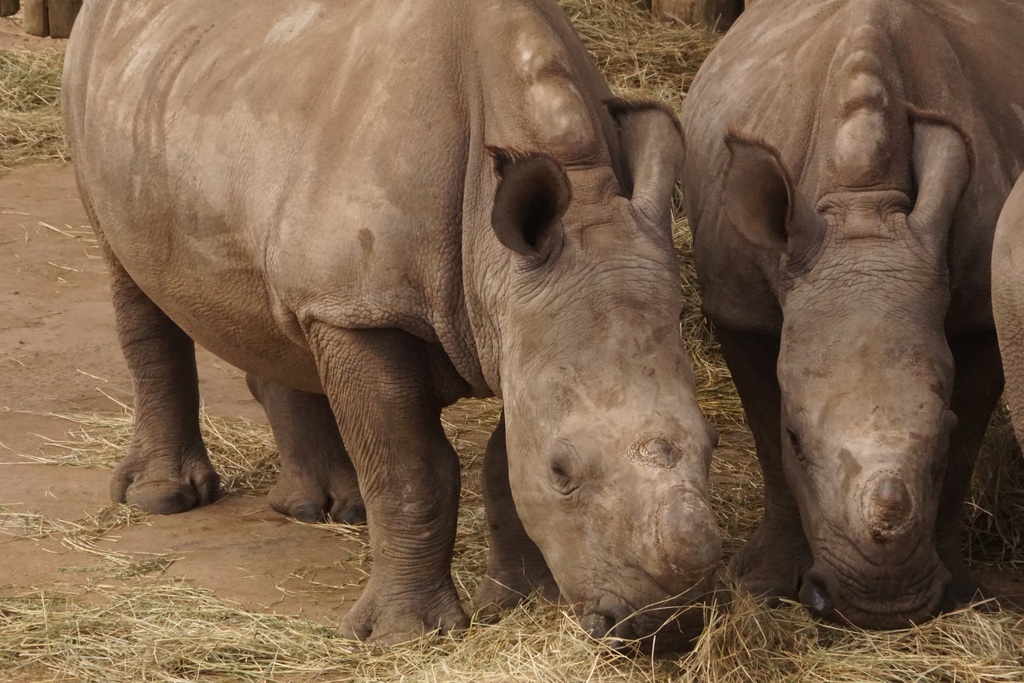 Private rhino owner John Hume’s controversial online rhino horn auction went ahead from Wednesday 23 to Friday 25 August, after his last-minute court challenge to the High Court in Pretoria forced South Africa’s Department for Environmental Affairs (DEA) to issue a permit licensing him to sell horn. Delays in issuing the permit had forced him to postpone the auction by 48 hours.

Hume is the first rhino horn breeder in South Africa to sell legal rhino horn domestically since 2009, when the ban on domestic horn trade was put in place (and then overturned in April 2017). Under draft new legislation, horn can be bought and sold within South Africa; DEA is currently considering multiple comments on the proposed legislation before revising it and passing it into law.

As there is believed to be next-to-no market for rhino horn within South Africa, either as a luxury good or as an ingredient in Traditional Chinese Medicine, conservation organizations (including Save the Rhino) argue that the horns are highly likely to leak into the illicit international market in China and Viet Nam.

Hume claimed that the sale of rhino horn – which can be removed painlessly via a veterinary procedure every 18 months or so – would help cover the escalating costs of protecting his privately owned white rhino herd of c. 1,500 animals, and benefit rhino conservation.

Hume’s rhinos live on his ranch in a single-species farmed system, rather than as wild animals in a fully functioning ecosystem. As such, their main conservation value is in pure population numbers, rather than in their ecological role as mega-herbivores that impact greatly on their environment by shaping the landscape for sympatric species. Hume focuses on breeding white rhinos, classified as Near Threatened by the International Union for the Conservation of Nature (IUCN) rather than the Critically Endangered black rhino.

At the time of writing (29 August 2017), no details have been published as to the number of bidders, number or names of successful bidders, and number or value of lots sold. A brief statement by Hume’s lawyer said simply that ““The auction yielded fewer bidders and fewer sales than anticipated” and blamed DEA’s delay in issuing the permit that allowed Hume to sell rhino horn domestically.

While Hume had previously said that buyers’ anonymity would be respected, DEA made it clear that “We are in the process of conducting an audit of all existing stockpiles of rhino horn to ensure that the country has a full and accurate information on the number of horns in South Africa at any given time as well as the registered owner of each horn.” The legal section of Hume’s website explains that successful buyers would have 30 days in which to acquire a retrospective permit from DEA, make payment and take possession of the lot(s).

This begs a number of pertinent questions: