You are here: Home » News » New rhino calf in Manas 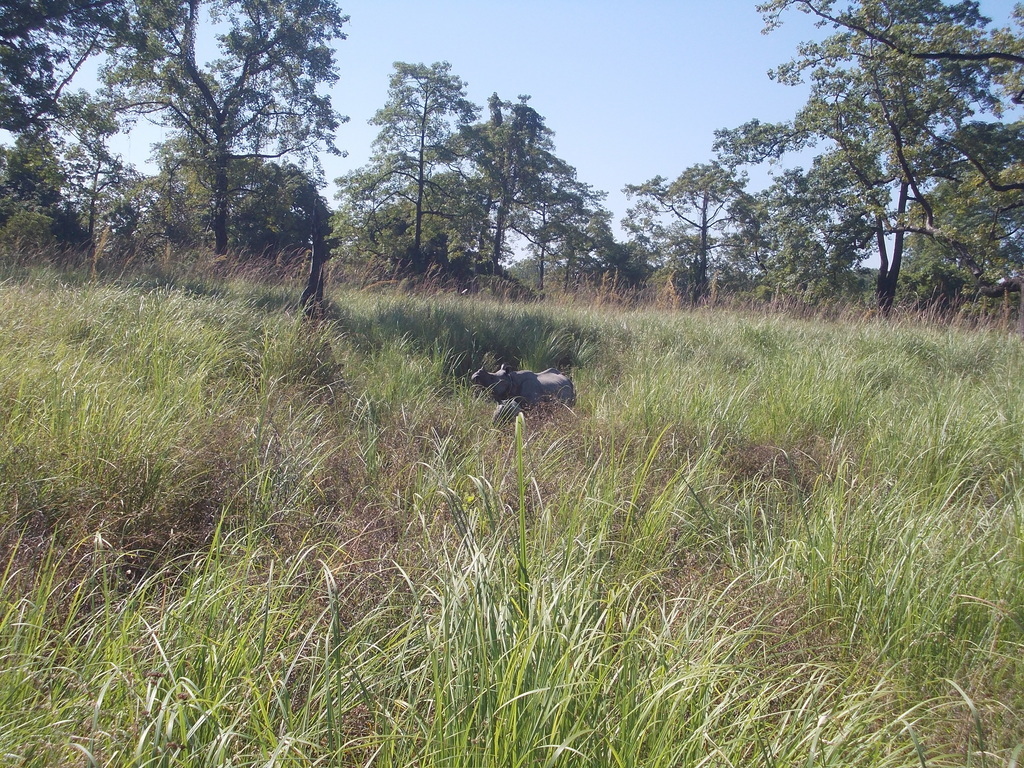 The rhino monitoring team at Manas National Park have confirmed the sighting of a newborn greater one-horned rhino.

The monitoring teams first located the calf in September 2013, however they were unsure about their sighting, due to visibility constraints. After an ongoing search effort, the team were able to re-sight the calf, and confirm the good news of the birth. The calf was sighted with her mother (photographed above).

This new calf means Manas has had 10 new-born rhinos within the last 14 months. Sadly, two of these calves have lost their mothers due to poaching.

Unfortunately there have been rising incidents of poaching in the Assam region. In late October, Manas National Park suffered a devastating blow, as it lost its sixth rhino to poaching since rhinos were re-introduced to the Park. Officials said that the recent rhino killed was a female, who was translocated from Pobitora Wildlife Sanctuary last year, as part of ongoing translocation efforts under the Indian Rhino Vision 2020. This female gave birth to a calf in Manas last year. The recent killings threaten to undermine the ambitious target of achieving a rhino population of 3,000 individuals in Assam by 2020 and ensuring that rhinos are distributed at least over seven protected areas. In a separate incident in the Sanctuary, a suspected poacher was shot and killed by forest guards.

Click here to read more about recent poaching incidents in India and the efforts underway to tackle the poaching.

Please consider making a donation to help support the work of the Indian Rhino Vision 2020.