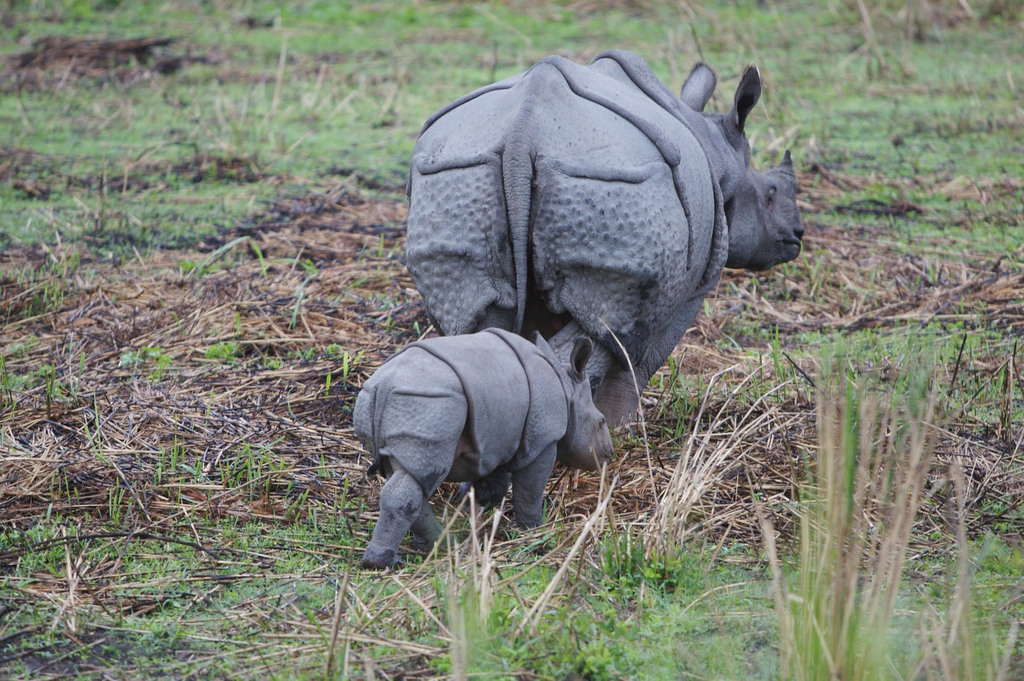 There are increasing concerns for the safety of India’s rhino population after reports of rising poaching in the country and a deteriorating security situation in many of the National Parks.

On 6 August, Manas National Park announced that forest guards discovered the carcass of a six-year-old male rhino. The rhino had been dehorned and its ears, nails and tail were also removed. This is the fifth rhino lost in Manas National Park since the rhinos were translocated from Kaziranga National Park, as part of the Indian Rhino Vision 2020 (IRV) programme. It is the third rhino killed in Manas this year; two others were killed in January and April. The first rhino was killed in October 2011 followed by another in May 2012.

Following the incident, there were worrying reports that a local IRV volunteer was involved in the killing of the rhino. There is a growing concern that security lapses, a lack of intelligence information and wavering Government commitment could cast doubts over the future safety of the Park’s rhinos.

There is an emerging anxiety over the growing presence of armed militants along the Park’s boundaries. Recently, fourteen of the Park’s camera traps were found missing, which has been attributed to the militants using the jungle for their activities.

The deteriorating security situation has led to WWF India announcing the withdrawal of its staff from the Park, citing safety concerns. WWF is partner of the IRV2020 programme and is currently looking after rhino monitoring and other community outreach activities.

A recent inter-departmental meeting was held to discuss security and co-ordination in the Park, with various organisations, police and wildlife services present. The authorities have been asked to hold meetings every three months to share intelligence and other vital information for safety of the park.

All IRV2020 partners have pledged their commitment to the programme of bringing back rhinos to various sanctuaries, including Manas, which saw its population of 60-80 rhinos wiped out during the social unrest in the Bodo areas from 1987 to 1996, leading to its World Heritage site status being removed.

Elsewhere in India, at the end of July, Forest Department officials reported that an adult male rhino was also killed and dehorned by poachers in the Pobitora Wildlife Sanctuary in central Assam’s Morigaon district. India’s annual floods mean that the Park has been inundated by flood waters, forcing many animals to move to higher grounds for shelter, which makes them easier targets for poaching.

Kaziranga National Park authorities have sounded an alert after civil arrest in neighbouring areas led to mobs setting fire to buildings adjacent to the Park. The Park director, N.K Vasu, voiced his concern that poachers may take advantage of chaos and target rhinos that may cross over the Park’s boundaries to the Karbi Anglong district.

Vasu said the ongoing violence would have an impact on the anti-poaching drive, as it would be difficult to keep a watch on the animals, especially rhinos, which migrate to the adjoining district. He said that more forces had been deployed to prevent the rhinos leaving the National Park. The ongoing violence in the neighbouring district had made it almost impossible to keep a watch on rhinos and carry out anti-poaching drives.