You are here: Home » News » Reigniting the debate on a legal trade in rhino horn 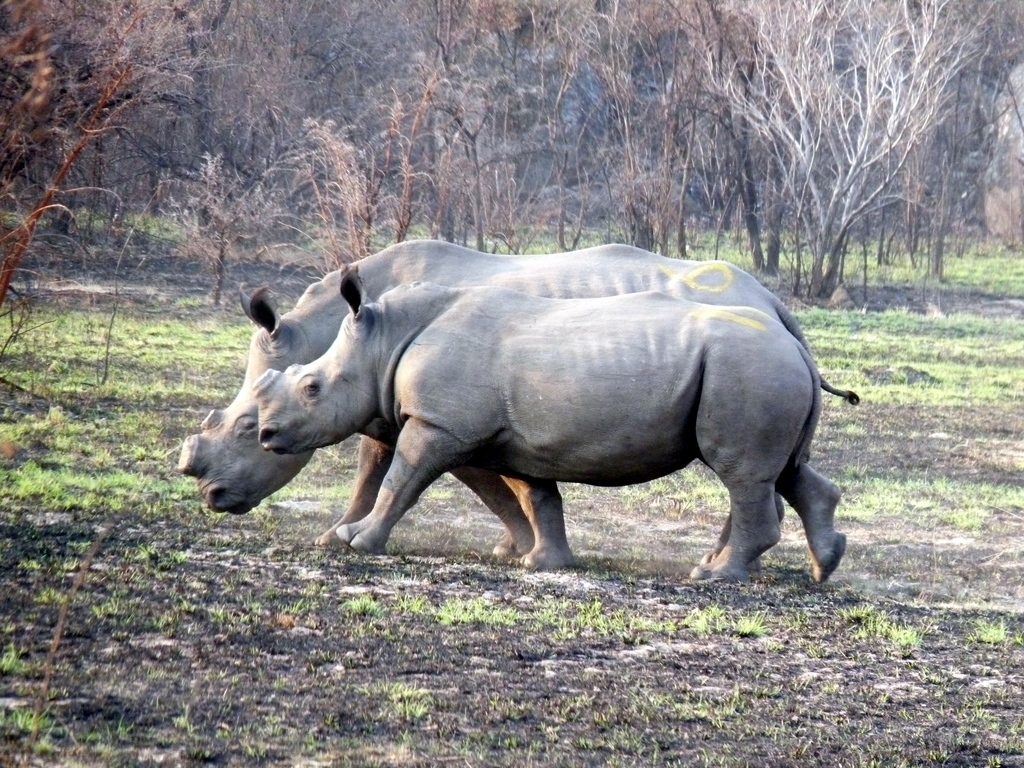 A group of environmentalists say that a legal trade in rhino horn could be used to save rhinos from the current rhino poaching crisis. In the leading journal Science they argue that current methods are failing to stop the ‘insatiable international demand’ for rhino horn. At present trade in rhino horn is banned under CITES – The Convention on the International Trade in Endangered Species.

The authors argue that rhino horns could be humanely harvested to provide a legal source of rhino horn. Rhinos grow about 0.9kg of horn each year, and the risks to the animal from today’s best-practice horn harvesting techniques are minimal.

The authors make comparisons with the successful farming of crocodiles, which they claim has reduced pressure on wild crocodile populations.

They recommend the creation of a Central Selling Organisation to supervise the legitimate harvest and sale of rhino horn globally. However without stringent monitoring, there are risks that a legal trade could serve as a route for the illicit tracking of rhino horns. At present, the lack of law enforcement and insufficient political will in Vietnam to control the illegal trade in rhino horn has led to record poaching levels in South Africa.

Save the Rhino International is generally in favour of sustainable use, believing that conservation efforts must, as far as possible, be income-generating in order to avoid over-reliance on international donor support.

On the supply side, we are concerned that occasional, one-off sales of elephant ivory have not reduced poaching for ivory. We would like to see more detail on how a trade in rhino horn will be regulated and how the proponents would ensure that income generated goes back into rhino conservation efforts. Other pre-conditions include getting a better grip on the abuse and corruption that are contributing to the present high levels of illegal trade, auditing horn stockpiles and increasing the database of horn DNA samples, so that – if trade is approved – legal horns can be distinguished from illegal horns. Without stringent monitoring, there are risks that a legal trade could serve as a route for the illicit tracking of rhino horns.

On the demand side, South Africa (if it is to propose a legal trade at the next CITES CoP in 2016) still needs to establish a credible trading partner. Neither Vietnam nor China nor any other country has yet come forward. Being a credible trading partner will entail a much higher level of law enforcement and political will to combat the illegal trade in rhino horn than has been evidenced so far. Who knows how rising affluence in other Asian countries will affect the demand for rhino horn? And who knows how many more Vietnamese or Chinese will want to buy rhino horn once the stigma of buying illegal products is removed.

There will always be criminals who will try to undercut the ‘official price’ of rhino horn, by continuing to illegally kill rhinos in Africa. Rigorous anti-poaching and monitoring activities will still be needed to protect wild rhino populations, as will environmental education and community conservation programmes in key rhino areas. There is no single silver bullet that is going to solve the rhino poaching crisis.

The paper has been published just days before the start of the 16th Conference of Parties to the International Trade on Endangered Species (CITES), which will be held in Bangkok from 3-14 March. No proposal to legalise the trade is tabled for this meeting, however South Africa is conducting a series of studies into the feasibility of a legal trade. It is likely to be considered by CITES at the 2016 meeting. Read more on CITES discussions by clicking here

Click here to read a more detailed article from Save the Rhino, debating a legal trade in rhino horn