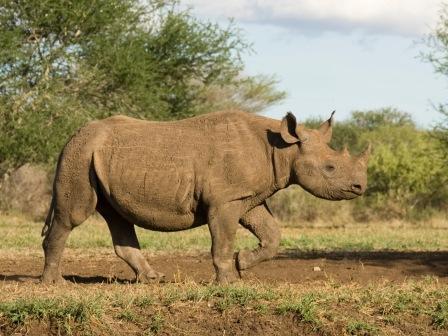 CITES stands for the Convention on International Trade in Endangered Species of Wild Fauna and Flora and is an international agreement between governments. Its aim is to ensure that international trade in specimens of wild animals and plants does not threaten their survival. Every three years the parties gather in a Conference of Parties (CoP) to address proposals to amend the appendices which have an important impact on endangered species such as rhinos.

The 16th meeting of the Conference of the Parties (CoP 16) will take place in Bangkok (Thailand) during 3-14 March 2013. With the current rhino poaching crisis this meeting is of great importance in terms of discussing international cooperation to reduce the killing of rhinos and illegal trade in rhino horn.

The CITES meeting appealed for greater global efforts to prosecute traffickers and curb the increasing demand for rhino horn in Asia. In particular the international community has highlighted the need for Vietnam and Mozambique to strengthen their efforts to prevent rhino poaching and the illegal horn trade.

Actions directed to Vietnam include the need to conduct consumer behaviour research to develop and implement demand reduction strategies or programmes aimed at reducing the consumption of rhino horn products. CITES also urged Vietnam to tighten its legislation on the domestic management of trophy horn imports.

Vietnam and Mozambique were both asked to report back on their progress by January 2014, notably with regards to arrests, seizures and prosecutions.

CITES officials have also been requested to undertake a technical mission to Laos, which neighbours Vietnam, to assess current enforcement activities relevant to illegal wildlife trade, in particular rhinoceros parts.

Kenya has withdrawn its proposal for an amendment on the South Africa and Swaziland populations of  Southern white rhino listed in Appendix II to specify a temporary zero quota on hunting trophies (CoP16 Prop.10).

Kenya had initially proposed that that all rhino horn trophy exports from South Africa and Swaziland be banned, at least until 2019. Kenya argued that a precautionary approach was needed given the rising poaching of rhinos.

However, South Africa argued that if the international ban was approved, conservation agencies and private rhino owners would lose a large amount of income needed to boost rhino protection efforts. They also highlighted that South Africa is home to the largest number rhino in the world, conserving more than 90 percent of white rhinos and 35 percent of black rhinos. This was largely due to South Africa’s policy of “sustainable utilisation” of wildlife, whereby private landowners and conservation organisation’s can benefit from the sale of trophy hunts.

CITES has just released a Rhinoceros briefing note detailing important topics which will be discussed during the conference. It highlights several areas of concern and matters which urgently need addressing. The document states that ‘’illegal trade in rhinoceros horn continues to be one of the most structured criminal activities faced by CITES”.

Despite high and increasing levels of poaching, the report says that overall populations of both African species, the white rhino and the black rhino continue to increase in the wild. However rhino poaching has reached a crisis point, and if the high levels of poaching continue rhino populations will be seriously affected. In South Africa if the killing continues at this high rate, we could see rhino deaths overtaking births in 2016-2018, meaning rhinos could go extinct in the very near future.

The report highlights several key aspects to be addressed:

– The organised criminal networks that have emerged to illegally export rhino horn from Africa to Asia, using different trade routes across the globe

– Vietnam’s lack of law enforcement and inability to monitor legally imported rhino horn trophies to ensure that these trophies never become part of the illegal trade. Vietnam has produced limited evidence of arrests and prosecutions related to the illegal trade in rhino horn

– Pseudo-hunting. Measures implemented to address pseudo-hunting, whereby individuals with no hunting background are recruited by crime groups to pose as trophy hunters to obtain horns through legal hunts destined to the illegal markets. Overall Vietnamese citizens have hunted more than 400 rhino legally on privately-owned properties in South Africa since 2003. However in April 2012, South Africa formally suspended the issuance of hunting permits to Vietnamese citizens, which has led to a marked decline in rhino hunting applications from South-East Asian citizens

– Organised criminal crime groups operating at a global level. As well as rhino range states and in Asia, these groups are operating in Europe, where thefts of rhinoceros horns from museums, auction houses, antiques and taxidermists have occurred

– The level at which arrests are made. Currently most arrests in rhino range states address the criminal syndicates at lower levels including the poachers and local couriers. However these individuals are easily replaced. Global collaboration and coordination is needed to ensure that the leaders of these criminal networks are targeted

– Legislation and prosecutions. Although there have been an increasing number of rhino-related arrests and convictions in some countries such as South Africa, the lack of tough penalties in other countries such as Kenya does not act as a deterrent to rhino poaching. For example in Kenya the maximum fine for a rhino related crime is only US$500 which bears no economic relation to the value of the crime.

– Poachers from Mozambique have been involved in numerous poaching cases in South Africa’s Kruger National Park. Law enforcement and adherence to CITES needs to be stepped up in the country where rhino poaching and rhino horn dealing are still only misdemeanors and not criminal offences

–Use of technology. CITES identifies that methods such as DNA databases have an important role in detecting and protecting rhino populations

Although South Africa will not be making any proposal on a legal trade in rhino horn until 2016’s Cites meeting, there will be discussion on Kenya’s recent proposal to the international body that a trophy-hunting moratorium be placed on South African white rhinos. Kenya proposed that all rhino horn trophy exports from South Africa and Swaziland be banned, at least until 2019.

The meeting is taking place at a critical point in the rhino poaching crisis. It is evident that international collaboration and government will by all states are essential for clamping down on these criminal networks.