You are here: Home » News » Save the Rhino’s CEO, Cathy Dean, to move into new role: Continuity and change 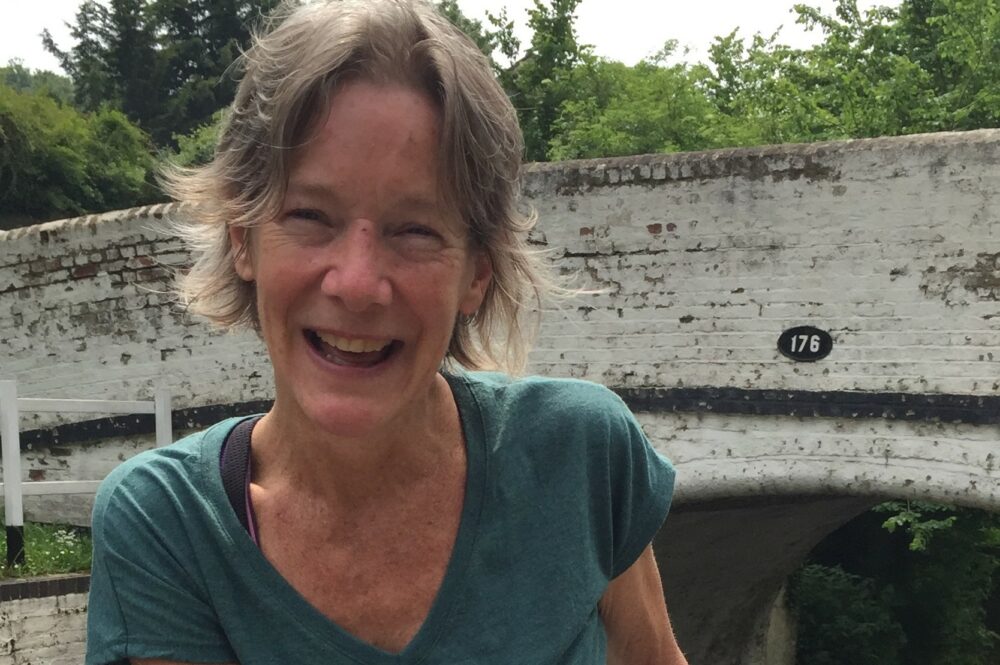 After 21 fabulous years as CEO of Save the Rhino International, I’ve made one of the hardest decisions of my life. As from April 2023, I’m going to go part-time, for reasons I’ll explain. And because I don’t believe that you can be a part-time CEO of this amazing conservation organisation, we’ll be recruiting a new one. Ideally, we’ll find someone with a lot of knowledge and experience of the rhino conservation world, someone who has brought in major grants, who can manage a passionate, committed team, and who can take the charity to the next level.

Our Chair of Trustees, George Stephenson, shared, “The Trustees of Save the Rhino thank Cathy for her hard work and dedication to the charity since 2001, and we’re delighted that Cathy is not leaving but will continue to channel her immense energy and commitment into the cause. We look forward to working alongside a future CEO as the charity moves forward in the coming months and years.”

I’ll do everything I can to assist the incoming CEO and, for the long-term, will help to do the bits I’m best at: developing grant applications and budgets, managing the resulting grants, reporting back to donors, and liaising between the field programmes and our major donors. Or any other things where my input would be valuable. And I have every intention of continuing Save the Rhino’s tradition of running marathons or doing other sporting challenges, sometimes in rhino costume. The Founders of Save the Rhino, Dave Stirling and Johnny Roberts, led by example, motorbiking from Nairobi to London, climbing Mt Kilimanjaro, and running marathons and ultra-marathons. I have tried to do the same: I can’t ask other people to do something I’m not willing to do myself.

So why am I going part-time, when working at Save the Rhino is the only job I ever wanted?

One reason is that my beloved husband Kenneth, who is my biggest supporter, a Patron of Save the Rhino, and a major donor to the charity, is going part-time himself in April 2023. While we’re both young(ish!) and fit enough, we would like to do some longer walking and cycling trips, rather than being confined by a fortnight’s itinerary, and to spend a bit more time with our elderly parents.

It’s also the case that the charity has grown significantly over the years: our annual turnover in 2001 when I joined was about £400,000; this year we will raise c. £5.5 million. In particular, the income from UK and US governments, from grant-making trusts and foundations, and from major donors, has gone up. Having an extra, experienced, high-level fundraiser will put us in an even better position to respond to calls for proposals.

Bringing in a new CEO after so many years will be a challenge, but it is also a great opportunity for Save the Rhino. I’m sure there will be changes at Rhino HQ in the months and years to come; a new CEO will want to make their mark on Save the Rhino, just as I did. But those changes will be for the better. A new CEO will bring a fresh pair of eyes, and the energy to tackle areas that I have neglected, or not known how to approach. The new CEO will have my full support, and the benefit of my institutional memory, my grant application and reporting skills, and my longstanding relationships with our partners. I truly believe this will be the best of all worlds, enabling this wonderful charity to continue to grow, to improve and to help save our beloved rhinos.

So, it’s now time for my biggest challenge yet: giving up the leadership of the organisation that has been the making of me. I remember how good Dave was when he recruited me back in 2001 to run the charity he had co-founded. He stepped aside gently, supporting me with his knowledge and experience, but also letting me get on with it and do things my way, not confined to a copy and paste facsimile. I have a role model; I just need to live up to it!

We have now started recruitment for a new CEO. If you’re interested in the role, please check our careers page in the for the full job description and application pack. Please note that the deadline for applications is 30 November 2022.