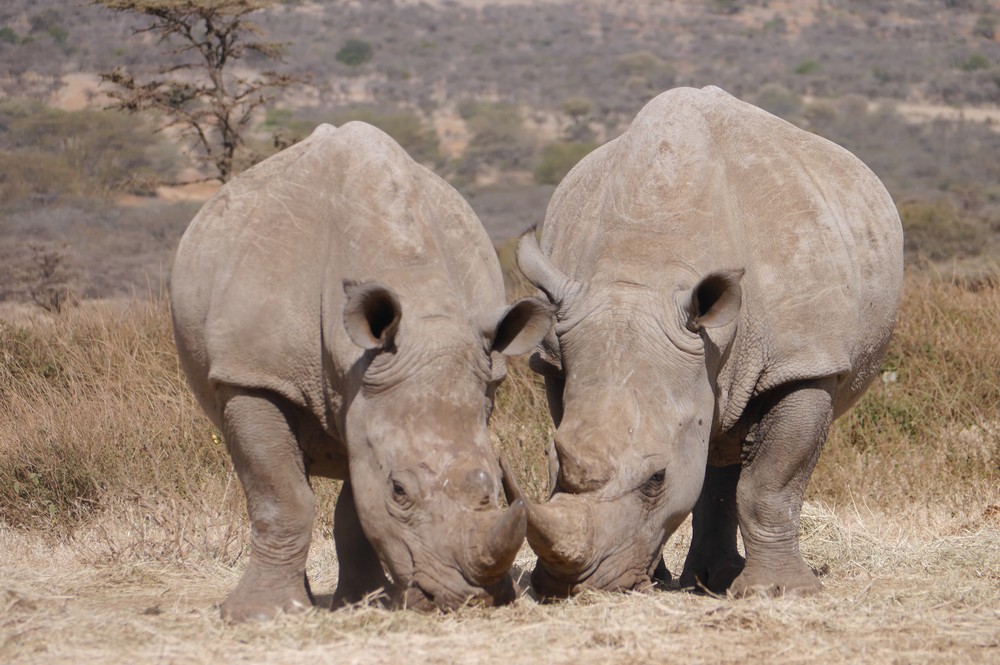 On this day in 1994… Save the Rhino was registered as a UK charity. Now, we’re celebrating our 25th birthday with many fond memories, while looking forward to what the next 25 years has in store.

But 1994 wasn’t the first part of our journey – Dave and Johnny (Save the Rhino’s founders) had been fundraising for rhinos since 1991, motorbiking from Nairobi to London, running in marathons, climbing Mt Kilimanjaro and basically, doing everything they could to help save rhinos. Their passion for rhinos began when they met Rob Brett, Kenya’s then National Rhino Coordinator, who opened their eyes to the poaching crisis that had seen so many of Africa’s rhinos brutally killed. In many ways, Rob’s expertise and continued support has enabled us to grow during the past 25 years to be where we are today.

We have certainly never lost the sense of adventure that Dave and Johnny had all those years ago, with hundreds of rhino runners taking on marathons and many completing ultra-marathons, too. While many might shy away from hardcore endurance activities, we’re really proud that some of our Trustees have also done their part in taking on challenges: climbing Mt Kilimanjaro in 1994, running the 250 km Marathon Des Sables in 2002 (in rhino costume!) and winning the Polar Race 2005. Today, those same rhino costumes that began life on stage in 1989 continue to charge the streets of London, and many other cities, each year.

Memories like these have been key to our 25-year history, but it is you, our supporters, who really make the difference. Since April 2018, we’ve given more than £1.66 million to field programmes across Africa and Asia and we’ll be sending more funds to the projects that need it most very soon. Not only is this our 25th year, but it is also shaping up to be our biggest year yet for supporting some remarkable rhino programmes.

Whether it has been providing rangers with boots, tents and binoculars, giving children the chance to learn about the amazing rhinos living in their local national park, improving the way that dogs and rangers work together, or encouraging people not to consume rhino horn, our grants have been having a real impact for rhinos. While we don’t know the exact numbers of how much has been raised since 1994, we do know that none of this would have been possible without the amazing people that have been a part of our 25-year journey.

Thank you so much for helping to ‘save the rhino’. We would say “Here’s to another 25 years!” except that we fervently hope that in 2044 our work won’t be needed. If all five rhino species are thriving in the wild, we will be happier than anyone to shut down our operations and enjoy the success of all this hard work.

And if you do want to celebrate with us, come along to our brand new event CRASH: the party!