You are here: Home » News » Inspiring communities in Zimbabwe with the Lowveld Rhino Trust 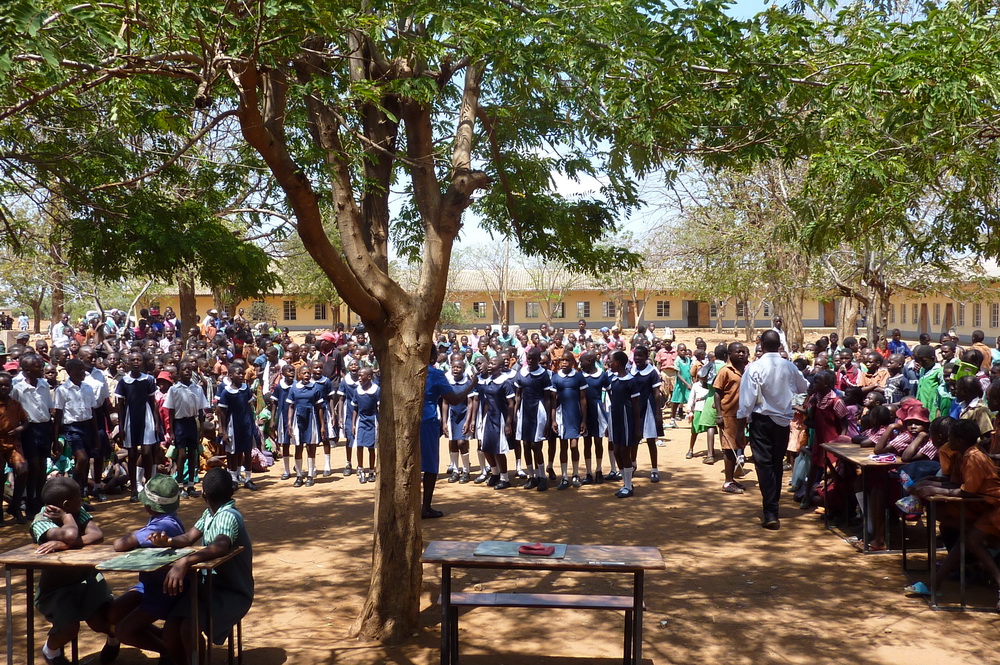 More than 500 black rhinos live in Zimbabwe. With this number of black rhinos, the country holds the fourth largest population of the critically endangered species, after South Africa, Namibia and Kenya. Despite the growth in their worldwide population in recent years (increasing from 4,880 in 2010 to 5,495 in 2017), black rhinos continue to be threatened by poaching and wherever they are, they must be kept safe.

LRT provides textbooks, exercise books and contributes towards school events, giving children the chance to learn more about a fascinating species that they live close to. Last year, 146 schools were part of LRT’s programme, with students participating in different events and receiving resources: by the end of 2018, LRT had distributed more than 165,000 exercise books to schools in the surrounding areas that year, fostering strong, positive relationships between the local community, the wildlife and the Trust itself.

Lowveld Rhino Trust often hosts events to talk about rhino conservation in schools with children and their families, such as inter-school rhino quizzes, film nights and rhino-themed choir competitions. The events attract community-wide participation from traditional leaders and local politicians, providing the opportunity to share LRT’s mission with both young people and influential individuals.

In November 2018, the Trust supported a special World Rhino Day event, attended by a number of schools, more than 250 parents and many government officials. Groups of children took turns to display their performances (dramas, drum majorettes, physical activities, choirs, traditional dances, prepared speeches and dumbbells), all based on the theme “Extinction is Forever, Save the Rhino”.

By reaching out to schools and other parts of the community, the Lowveld Rhino Trust is spreading the important messages of rhino conservation with future generations of society and inspiring everyone to protect rhinos. Talking with students and others, the Trust is able to understand first-hand what members of the local area need and want from conservation programmes and whether that is simply to understand more about rhino protection, to develop joint initiatives, or to provide more resources for schools and public places.

We are extremely grateful for donations from our supporters and partners that ensure we can continue to help fund the great work being done by the Lowveld Rhino Trust – thank you so much! A special thank you to Dublin Zoo for their recent €5,000 donation, which went directly towards LRT’s work.