You are here: Home » News » Using modern technology to protect Africa’s and Asia’s rhinos: security and monitoring workshop No. 2 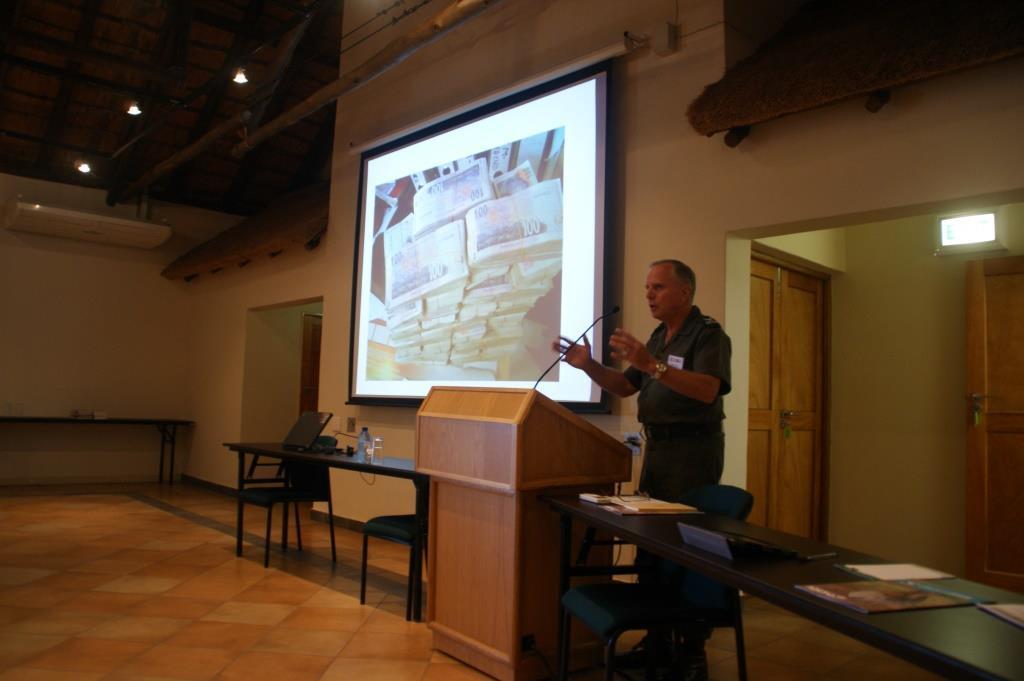 This meeting was the second workshop, following the inaugural workshop that took place in Namibia in 2012. The aims of these workshops are:

Progress made since the first meeting included: high-level attention on rhino poaching from foreign governments and global leaders, formal recognition of the problem by the Conference of the Parties to CITES (the Convention on International Trade in Endangered Species) in Bangkok in 2013, and landmark prosecutions and sentences in some range states, and transit and consumer countries.

At this workshop, protected area managers and wildlife security specialists presented sessions on veterinary issues related to the deployment of tracking devices, new technologies and tools for rhino monitoring and protected area security, forensic science and legislation to aid in prosecutions of rhino crime, and using information effectively to prevent poaching of rhinos and combat trafficking of horn. Technology companies were invited for one day to demonstrate their products. Donors with targeted funds for rhino conservation (USFWS, SRI, TRAFFIC, WWF-US, WWF-SA, IRF and StopRhinoPoaching) were on hand to discuss their contributions, to identify partners, and to brainstorm new solutions.

The meeting was hosted by South African National Parks (SANParks) and funded by Save the Rhino International (SRI), US Fish and Wildlife Service (USFWS) and the World Wide Fund for Nature – South Africa (WWF-SA).