You are here: Home » News » The importance of scene of the crime training 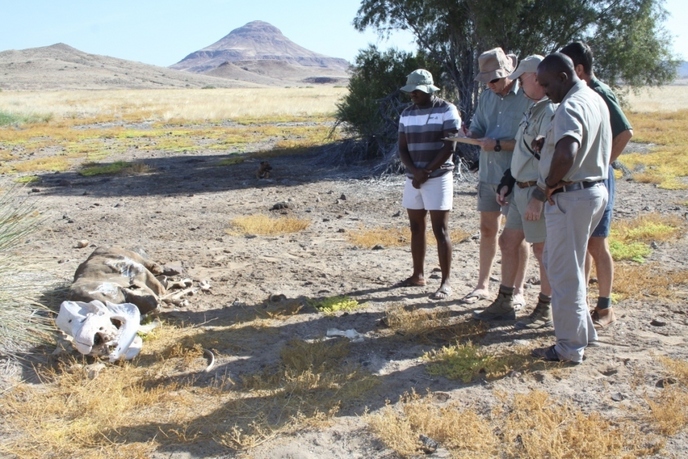 The increase in rhino poaching across Southern Africa has put a strong emphasis on the importance of rigorous scene of the crime training procedures, so that rangers know how to deal with a poaching incident if they come upon it.

South Africa has been hardest hit by the rhino poaching crisis, with 1,215 rhinos poached in the country alone last year. A rhino poaching incident is treated as a serious crime, with police investigators undertaking forensic work to collect evidence. At a poaching scene, investigators will take away tissue samples and toenail clippings for DNA analysis. If the horn is recovered this can be matched to the DNA and provide vital evidence to secure a conviction. Metal detectors are used to search the scene for bullets and shell casings. Investigators also search for clues such as footprints or other things that poachers may have discarded such as clothing. According to a recent news report:

‘’ Such investigations, combined with red-handed arrests made by rangers, are starting to yield results. In Mpumalanga province which borders Kruger, the conviction rate in rhino cases is currently 100 percent’’

Save the Rhino has provided funding for several scene of the crime workshops and training sessions, most recently for a course in Kenya held at Mpala Research Centre in February 2015. Those benefiting from the course included representatives from the Kenya Wildlife Service, Ol Jogi, Borana Conservancy, Ol Pejeta Conservancy, Lewa Wildlife Conservancy, Big Life Foundation and Space for Giants. A grant of £6,110 from Chester Zoo, together with funds raised by our Operation Stop Poaching Now appeal, covered the costs of the trainers’ fees, their international and internal flights and other local logistics.

Read more about what is involved with a scene of the crime training course.