You are here: Home » News » Working together to save rhinos 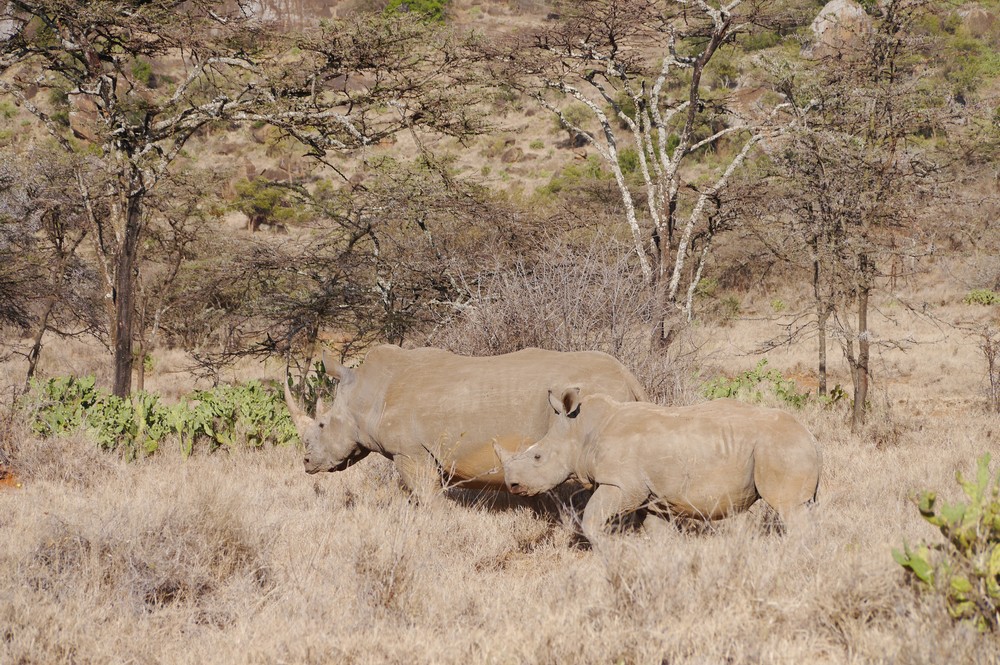 From anti-poaching operations in South Africa, to the Sumatran rhino conservation breeding programme in Indonesia, zoos play a pivotal role in supporting the conservation of all five rhino species.

At Save the Rhino International, working with a community of partners and supporters is at the heart of what we do. One of our longest-standing collaborations is with zoos across Europe. Zoos have a prominent platform to share conservation messages with the public and, through close encounters with wildlife, they inspire visitors to become active supporters of conservation efforts. Since the 2005-2006 ‘Save the Rhinos’ campaign with EAZA we have partnered with zoos in the EAZA and BIAZA networks, raising vital funds to benefit rhinos in the wild.

Last year (April 2019 – March 2020) zoos raised a phenomenal £179,968 to support rhino conservation efforts across Africa and Asia. This incredible sum has supported a diverse range of work, from rhino protection and law enforcement efforts to reducing the demand for illegal rhino horn products. Keep reading to check out some of our highlights from the last 12 months!

Keeping rhinos safe from poachers is key to maintaining healthy, thriving populations and reducing the illegal trade in rhino horn. In Kenya, Ol Jogi was one of the first conservancies in the Laikipia region to add a canine unit to their anti-poaching and law enforcement efforts. However, courts were often not recognising the importance or credibility of evidence from canine units in criminal cases. Our partners at Zoo Berlin and Tierpark Berlin provided generous funds so that Ol Jogi’s Canine Unit could undergo certification by the Kenya Police. Now successfully certified, evidence collected by the Conservancy’s canine team is considered ‘admissible’ in court cases, an important step to ensuring successful convictions.

Securing a future for the Critically Endangered Sumatran rhino

Alongside protecting rhinos from poaching, managing their populations is important to ensure their future prosperity. In Indonesia, Save the Rhino and our partner Wilhelma Zoological and Botanical Garden, Stuttgart, became Strategic Partners in Sumatran Rhino Rescue – a ground-breaking, international collaboration to save the Critically Endangered Sumatran rhino from extinction through managed conservation breeding and care. Fewer than 80 individuals remain, scattered across 10 small subpopulations; without action, the species could become extinct in a matter of decades.

As part of this exciting project, together we’re supporting the Sumatran Rhino Sanctuary (SRS) – home to the only viable captive population of Sumatran rhinos in the world. Thanks to crucial funding from Wilhelma, and other partners including West Midland Safari Park, a second ring of rhino enclosures was built at the SRS in 2019, along with improvements to its veterinary and staff facilities. This has doubled the space available for rhinos in the breeding programme and increased the capacity of the team to provide the highest standards of care to help grow the population of this unique species.

In Vietnam (one of the countries with the highest demand for rhino horn) our partners including Zoo de la Barben have been supporting the work of Education for Nature Vietnam (ENV). ENV educates people about the threat that the illegal wildlife trade brings to species such as rhinos in an effort to reduce consumption. Thanks to generous funding from our zoo partners, ENV produces Public Service Announcements (PSAs); videos aiming to change attitudes and behaviours around illegal wildlife products. Their most recent PSA, ‘Children know the score on rhino poaching’ has been shown on TV channels across Vietnam, and has been viewed more than 1.6 million times on YouTube – a fantastic result, helping to spread the message that using illegal wildlife products is wrong.

Sometimes, our programme partners’ greatest need isn’t a high-tech solution or large infrastructure projects. At Hluhluwe-iMfolozi Park in South Africa, a number of our partners are supporting rangers so they can continue tackling the high rate of illegal incursions into the Park. Funding from our partners bought 130 extended camping kits for the Park’s rangers. These kits allow rangers to spend longer periods in the Park’s ‘hotspots’ so that they can intercept any incursions before rhinos are poached, increasing the effectiveness of their anti-poaching operations.

Making an impact together

Thanks to the support of 34 incredible zoo partners in 2019-20, we directed grants totalling £167,466 to eight rhino conservation programmes in seven countries across Africa and Asia, along with £12,501 in unrestricted contributions supporting the breadth of our rhino conservation efforts.

We would like to say a massive ‘thank you!’ to all of the zoos, their staff, boards and visitors, who have so generously contributed to support rhino conservation programmes across Africa and Asia. Whilst the Covid-19 pandemic has hit zoos and our programme partners alike, we look forward to continuing our successful partnerships as we emerge from lockdown, to build a future where all five rhino species can thrive in the wild.

Whilst we’ve featured some great examples of the impact some zoos have made for rhinos in the wild, all of our zoo partners have made a significant difference to programmes across Africa and Asia. Read our full report to find out more about how all 34 of our incredible zoo partners have supported vital conservation efforts.

Find out more about our zoo partners.