You are here: Home » News » Cathy Dean, Director of Save the Rhino, wins award for conservation leadership 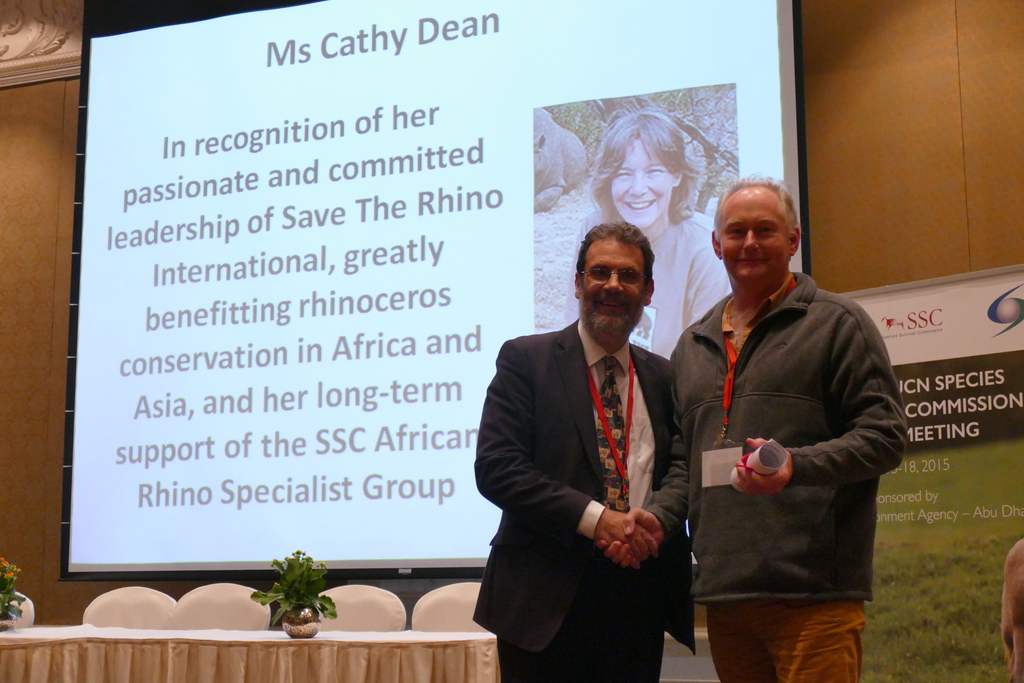 Cathy Dean, Director of Save the Rhino International and a member of the International Union for the Conservation of Nature Species Survival Commission (IUCN SSC) African Rhino Specialist Group, is among the recipients of this year’s Harry Messel Award for Conservation Leadership.

Professor Harry Messel was the former long-standing Chair of the SSC Crocodile Specialist Group. The award, established in 2004 in his name, recognizes exemplary service to the SSC, especially from individuals who have made a specific contribution to species conservation on the ground or through their leadership, as part of the work of an SSC Specialist Group or Task Force.

Cathy’s award is “In recognition of her passionate and committed leadership of Save The Rhino International, greatly benefitting rhinoceros conservation in Africa and Asia, and her long-term support of the SSC African Rhino Specialist Group.”

Founded by Dave Stirling and Johnny Roberts in 1994, Save the Rhino has grown in reach and impact since Cathy became director in 2001. She has worked hard to develop collaborations with other conservation agencies to maximise the support that the charity is able to provide for African and Asian rhino conservation efforts and has seen income – and therefore the amount available from which to make grants – more than quadruple.

Working for Save the Rhino brings me into contact with many truly admirable people: my team in London, who bring such a wide range of ideas, skills and enthusiasm for their work; the field managers whose conservation programmes we support; and the other members of the African Rhino Specialist Group, from whom I still have much to learn. It’s a great privilege to be at the heart of international efforts to save the five species of rhino for future generations.

Read more about the awards on the IUCN website.

Find out more about Save the Rhino and the African Rhino Specialist Group.