You are here: Home » News » Two new Javan rhinos increase the population to 75 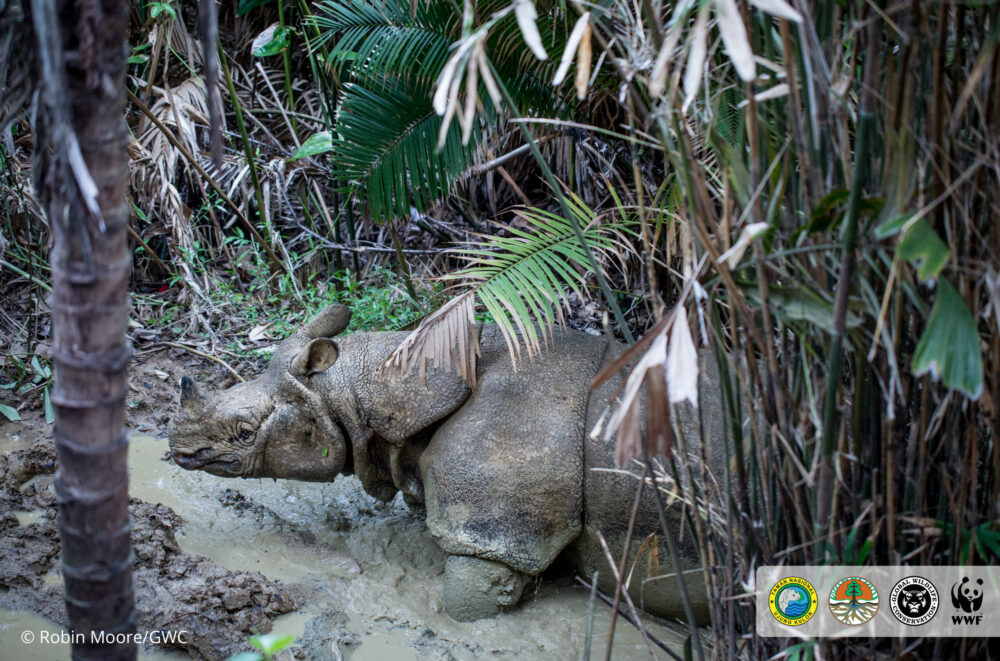 On 16 August 2021, Indonesia’s Ministry of Environment and Forestry announced that two more Javan rhino calves had been spotted by the monitoring team in Ujung Kulon National Park (UKNP), bringing the total number of Javan rhinos up to 75.

“The Minister of Environment and Forestry always conveys a message of optimism that we will continue to ensure that all flagship species do not become extinct, including the Javan Rhino. The birth of the Javan Rhino calves in 2021 is clear evidence of the growth of the flagship species population in Indonesia. I express my gratitude and appreciation to all those who have helped preserve the Javan Rhino in TNUK, which is also the pride of the world community.”

The calves were first spotted in April and June 2021, respectively, thanks to camera traps placed within UKNP, the only place in the world that is home to Javan rhinos. The new arrivals are the second to be announced this year, after two calves were seen in March 2021. Their births have continued the population’s steady increase, offsetting natural deaths, and meaning that at least one new calf has been born each year since 2012.

This exciting news is, certainly, cause for celebration – especially by those that have dedicated so much time to protecting Javan rhinos and their habitat. However, it also brings the reality of the situation to the forefront of our minds. Just 75 Javan rhinos exist.

Thankfully, owing to significant efforts by dedicated Rhino Protection Units that patrol the Park, no poaching has been reported in UKNP in more than 20 years. Yet Javan rhinos remain at extraordinary risk. Ujung Kulon lies on the edge of a peninsula on the western end of Java; extreme events, such as a tsunami, could wipe out the entire population. Finding suitable new habitats in which Javan rhinos can establish new populations is essential.

In the meantime, we must continue to protect Javan rhinos in UKNP, keeping poaching at zero, and ensuring that the habitat remains healthy. One way that your donations are helping is through the removal of the invasive Arenga palm, a plant that’s reducing the amount of forage available for Javan rhinos. The news of recent calves shows that this work is paying off: Javan rhinos in UKNP are healthy and breeding.

Now we must maintain this momentum and secure more safe habitats in order for the species to thrive.