You are here: Home » News » Hope for Javan rhinos 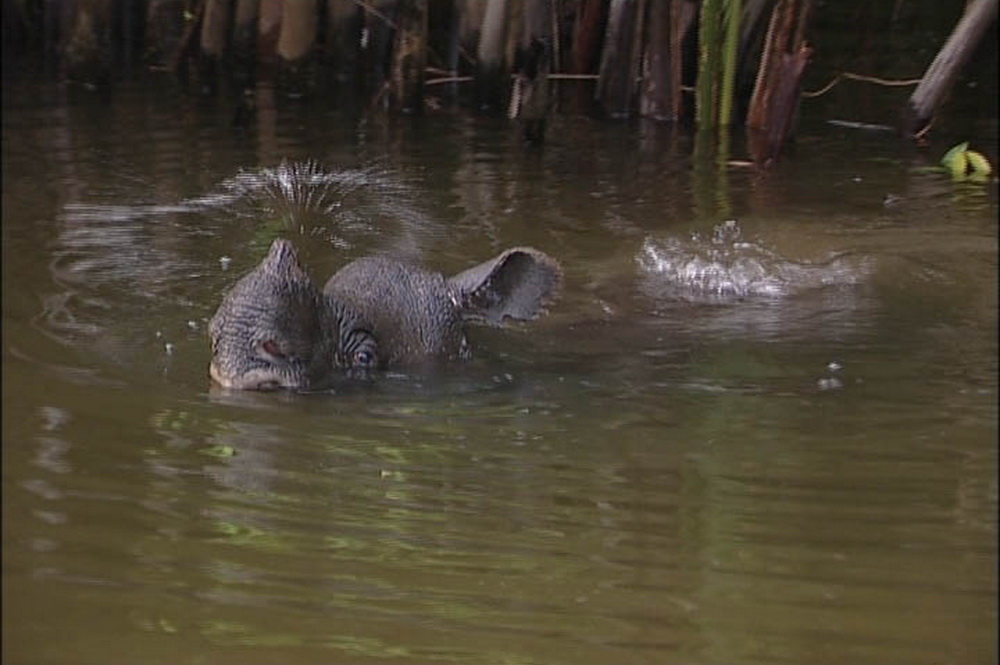 Javan rhinos are the most threatened of the five species of rhino. Just 74 of them are left in the wild, all found in Ujung Kulon National Park in Java, Indonesia. With population numbers dangerously low, any poaching incidents could be devastating for the species’ future. However, thanks to your support and the work of Rhino Protection Units (RPUs), 2020 marked 20 years since the last Javan rhino was poached in the Park, and two Javan rhinos were born, signalling hope for things to come!

In the early 1990s, concern was building for Javan rhinos and their nearby cousins, Sumatran rhinos. Human encroachment had significantly reduced the already small patches of the forest they called home, and poaching threatened to wipe out their existence. At every count, the numbers were dropping. Something had to be done.

Today, almost 26 years after they were established, RPUs continue to play a critical role, now patrolling in and around three other national parks: Bukit Barisan Selatan and Way Kambas in Sumatra, and Ujung Kulon in Java.

The presence of RPUs has ensured that poaching cannot take hold; there have been no poaching incidents for either the Javan or Sumatran rhino species in the areas patrolled for a period of 20 and 14 years, respectively. Yet, the numbers left remain far too low and signs of illegal activity are all too common.

Given the extremely remote locations that they work in, the day-to-day activities of RPUs have – fortunately – been largely unaffected by the Covid-19 pandemic, besides taking extra health and safety precautions. However, securing funding to continue their work in the long-term has been difficult. That’s why we’re so pleased to have continued to support RPUs thanks to donations from people like you.

Slowly but surely, the commitment of RPUs is paying off. The Javan rhino population appears to be stable and steadily increasing.

As well as the zero-poaching success that continued last year, there were two direct Javan rhino sightings, a camera trap recording of a male Javan rhino entering the Javan Rhino Study and Conservation Area for the first time in over a year, as well as 79 footprints spotted and 15 wallows identified.

Last year the five terrestrial Rhino Protection Units in UKNP worked alongside two new marine RPUs, achieving more than ever before. Rangers on the ground addressed 336 instances of illegal activities, and the marine units identified 84 instances of illegal fishing activities in Ujung Kulon’s waters, apprehending 220 people illegally encroaching in the Park. On top of this, more than 250 local people were hired to remove 50 hectares of invasive Arenga palm, helping native rhino food plants to regrow.

By recording rhino signs, removing traps and snares, apprehending illegal intruders, and investigating crime scenes, the presence of RPUs is pivotal to prevent wildlife crime and guide the Javan rhino towards a brighter future.

Thank you again to all our supporters for donating towards Javan rhino conservation. We are especially grateful for your support in 2020/21, a challenging year for everyone. Donations such as yours are helping to keep patrolling efforts going at a critical time for this incredible and rare species.