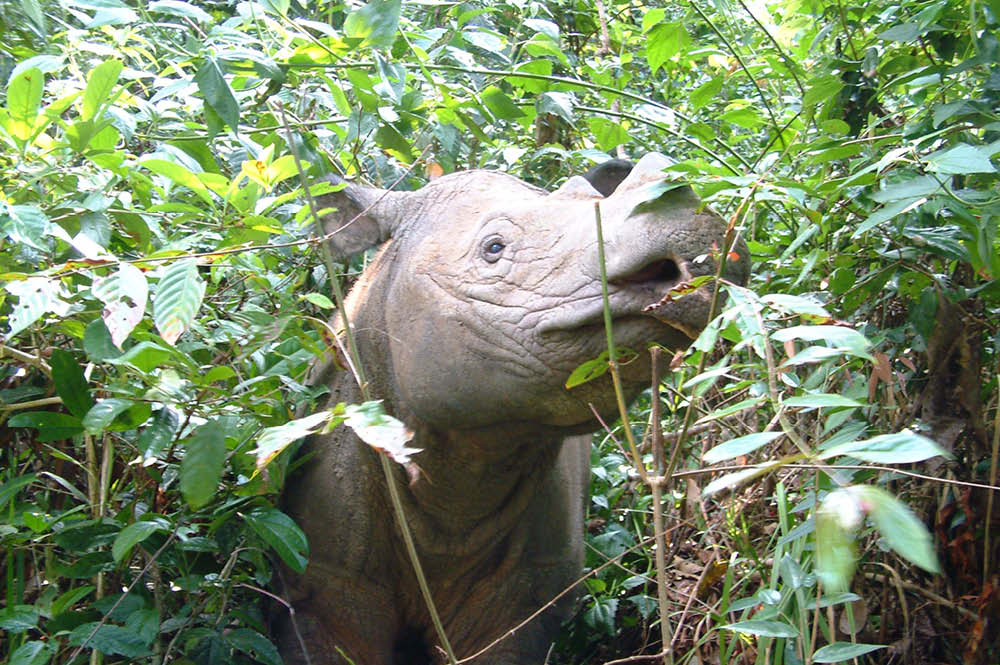 Iman was rescued in 2014 and brought to a captive facility in Tabin Wildlife Reserve, where she received around the clock care from dedicated keepers and veterinary staff from the Borneo Rhino Alliance and Sabah Wildlife Department.

Cathy Dean, CEO of Save the Rhino International, says;

“Iman’s death is a very sad loss for Sumatran rhinos, reminding us all of the urgency to protect these wonderful creatures. All hopes for the species now rest on Indonesia’s Sumatran rhinos found on the island of Sumatra and in Kalimantan, in the south of Borneo.”

Sumatran rhinos survive, just, in five small, fragmented populations. They are too isolated to find a mate easily and breed successfully. It was originally hoped that Iman would breed naturally with Tam (another Sumatran rhino from Malaysia), who was captured in 2008, to boost the number of Sumatran rhinos (fewer than 80 remain today). Unfortunately Tam did not have high-quality sperm, while shortly after her capture veterinary staff found that Iman had a uterine tumour that prevented conception.

Genetic materials from both Iman and Tam have been saved in the hope that someday, technology will be able to successfully convert these cells into viable embryos that could be transplanted into surrogate rhinos.

In the meantime, Indonesia holds the world’s remaining Sumatran rhinos, with four small, isolated populations existing in Sumatra, plus a tiny handful of animals in Indonesian Borneo. These remaining populations are protected by anti-poaching units and forest guards.

Save the Rhino has been supporting efforts to increase the number of Sumatran rhinos through breeding efforts at the Sumatran Rhino Sanctuary in Way Kambas National Park, Sumatra. The Sanctuary is home to seven rhinos (three males and four females), two of which – Andatu and Delilah – were born at the Sanctuary after successful natural mating between two of the Sanctuary’s rhinos in 2012 and 2016.

In 2018, we joined the Sumatran Rhino Rescue alliance, working to save the Sumatran rhino from extinction. The alliance has three main objectives:

Find out more about the Sumatran Rhino Sanctuary.