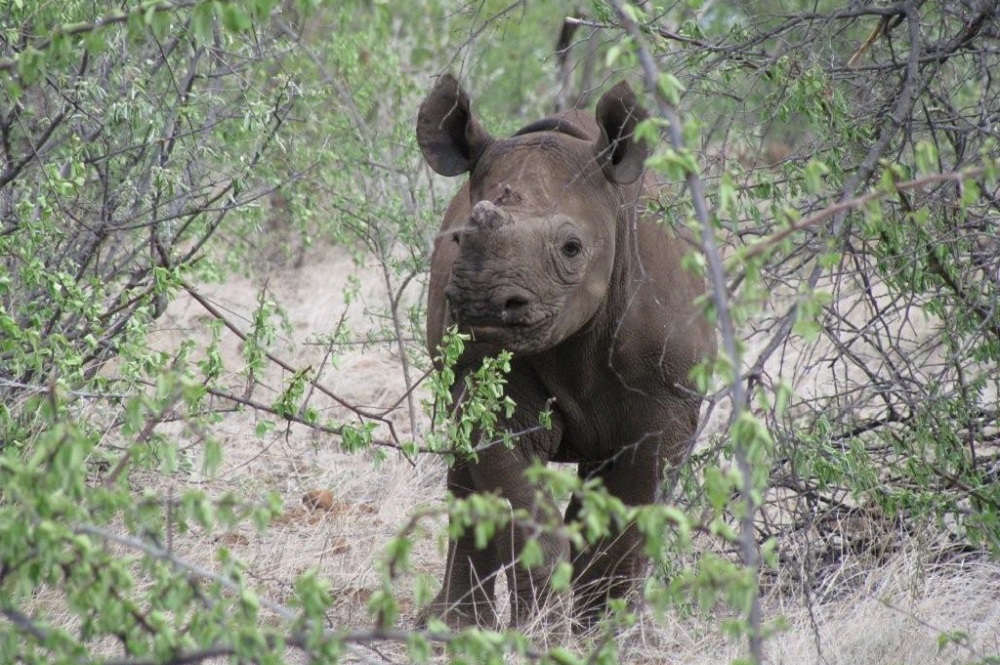 While the US and Europe saw a slump in births in 2020, more than 200,000 babies were born when the lockdown was at its most restrictive in the UK. Luckily, in the Lowveld region of Zimbabwe, conservation was not on lockdown and 2020 saw a baby boom for rhinos.

Rhino numbers are not only on the increase in the area, with 17 new black rhino calves and two white rhino calves spotted during 2020, but poaching is down thanks to rangers’ dedication and your support.

Zimbabwe is home to the world’s fourth-largest black rhino population after South Africa, Namibia and Kenya, making the country an important frontier for conserving this Critically Endangered species. Between 2007 and 2009, nearly a quarter of the country’s rhinos were lost to poaching. However, thanks to the work of our conservation partner, the Lowveld Rhino Trust (LRT), the Lowveld region is now home to 90% of Zimbabwe’s total black rhino population, a huge increase from just 4% in 1990. Whilst the global black rhino population is slowly growing, poaching remains an ever-present threat. Without vigilant protection and monitoring, black rhinos could disappear from the wild.

Your donations allow rangers at LRT to continue their vital monitoring work, not only providing an accurate understanding of the rhino population but also enabling the team to carefully manage  rhinos and reduce the poaching threat.

Despite the challenges that Covid-19 brought, LRT’s monitors continued their intensive efforts throughout 2020, achieving an average of 85 black rhino sightings per month by following footprints and browsing signs. In addition, the team completed 400 rhino identifications through radio tracking, camera traps and GPS.

This diligent work led to some very special discoveries. There were 17 new black rhino calves and two white rhino calves seen during 2020, and that’s not all. LRT’s rhino trackers are experts at spotting even the smallest of marks, and they recorded some tell-tale signs of some very young rhino calves!

The team also carry out routine procedures such as translocations and ear notching, and emergency interventions for injured, strayed, or orphaned rhinos. In 2020, 12 rhinos were ear-notched to help with their identification, and a 16-month old black rhino calf called Pumpkin (who was orphaned after her mother was killed by poachers) was rescued and treated successfully for a shot wound.

Thankfully, due to the hard work and commitment of the team at LRT, rhino poaching losses have significantly declined since mid-2019. This decline in poaching aided the growth of the Conservancy’s rhino population in 2020 with births outnumbering losses and a higher overall growth rate than the past four years. With this positive performance, the team believe that, if poaching is kept under control, the population will continue to increase.

Poaching remains a threat, but the Trust is making sure there is a strong deterrent for poachers. Two men have recently been sentenced to 21 and 26 years, respectively, for poaching rhinos in Bubye Conservancy; a huge win for the law enforcement officers and the team at LRT.

We would like to say a massive thank you to all of our supporters and, in particular, Dublin Zoo for their long-term support for rhino conservation efforts in Zimbabwe. Thanks to your generous donations, the Lowveld Rhino Trust can continue its essential work so that the black and white rhino populations in the region continue to boom.