You are here: Home » News » How would you manage a rhino population? 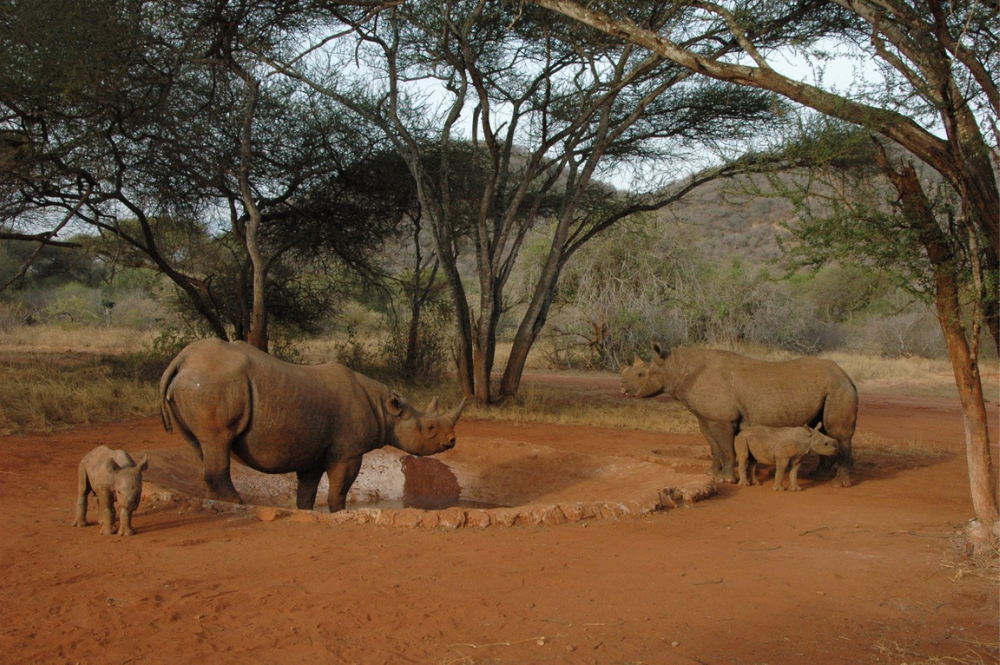 If you were asked to manage a population of rhinos, how would you do it? Protecting every individual from poaching is probably one of the first issues that came to your mind, but after securing your rhinos, what should happen next?

In north-east Tanzania, a small population of Eastern black rhinos live at the Mkomazi Rhino Sanctuary. The Sanctuary holds an incredible 22-year zero-poaching record (none killed since the rhinos were reintroduced). Its focus is to increase the population through breeding and support Tanzania’s strategy to boost black rhino numbers. We spoke to Rob Brett, Senior Technical Specialist for Africa at Fauna and Flora International, to find what this entails.

First up, how do you decide what to do with a rhino population?

It’s all about monitoring. To understand the next steps, you have to know how many animals you have in the first place, but also, are they breeding regularly? Are they living to a good age? How does the habitat support them? Answering these questions is critical to decide on the best management options. Through this research, we look at the habitat’s ‘Ecological Carrying Capacity’ (ECC). The ECC shows the number of rhinos that can survive and reproduce successfully within a specific area, using factors like the food and water available. It’s a great marker when looking at the space needed to grow the population by 5% each year, which is the average growth rate for a healthy black rhino population.

With a small rhino population like Mkomazi’s, how can you ensure genetic diversity?

It’s understood now that to establish any rhino population, you should have at least 20 unrelated individuals in the beginning. This helps to ensure the population has enough genetic diversity so that, as a whole, the population can adapt well to future environments or disease outbreaks. At Mkomazi, all of the rhinos have been reintroduced from other areas, some from South Africa, and others from zoos across Europe. The genetic make-up of rhinos from zoos tends to be quite rare, because the animals were often brought in to zoos at a time when there were many more individuals, so were part of more diverse populations. Bringing former zoo animals together with the ‘wild’ rhinos amplifies the genetic diversity of the next generation.

You mention bringing former zoo and wild animals together, is this difficult?

In short, yes! However, there are well-established and agreed ways to improve the safety and ultimately, the success, of any introduction. Animals from a zoo have to get used to the new environment. Rhinos are fairly good at adapting, which is helpful, but they still need time. New animals will generally remain in a small enclosure, or boma, for a few months, and this will be gradually be enlarged until they are released. It’s important to record every step in any introduction like this, because the process is very hard, expensive, and takes a lot of time. Learning from previous introductions, successful or not, is key.

Once rhinos are introduced, what’s next?

After rhinos are introduced to a new place, continued monitoring is essential. It’s really important to understand how each animal settles in and if, over time, they do contribute to the next generation by breeding with each other and, hopefully, any resident rhinos already there. It’s a good feedback loop: you can judge success by looking at the population’s breeding rate once more and comparing the number of animals to the ECC.

Having too many rhinos may not seem like a problem, but it can reduce the breeding rate significantly, so plans are often made to transfer ‘surplus’ animals to a new area and establish a new population. Of course, all of this takes time: rhinos tend to breed every 3-5 years. You have to be patient, but it’s the only route to successfully increasing the number of rhinos!