You are here: Home » News » Victory for rhinos! 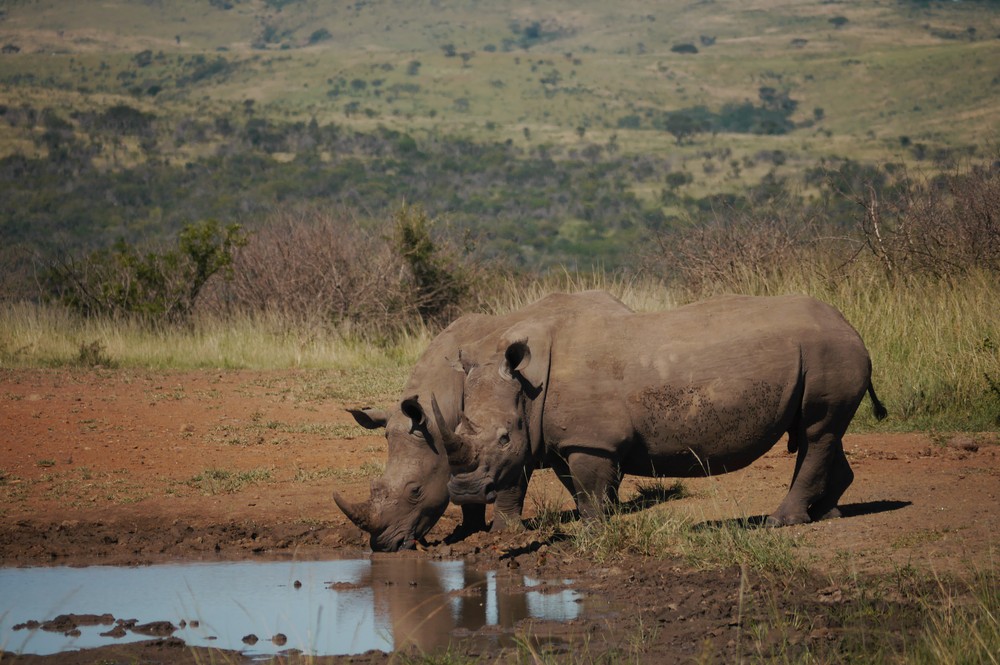 Three members of a notorious poaching gang have been found guilty of killing 13 rhinos. Unfortunately, those rhinos will always be lost to a terrible crime, but this trial is a huge win for rhinos. So big in fact that the guilty verdict was met with cheers across the courtroom.

In 2016, the Ndlovu trio (Jabulani Ndlovu, Forget Ndlovu and Sikhumbuzo Ndlovu) were found with a freshly cut rhino horn, tranquilisers, a saw and a knife. But this arrest was just one of the gang’s poaching activities. The three men are responsible for many rhino poaching incidents in South Africa’s Eastern Cape, including within Kruger National Park and one of our very own programmes, Hluhluwe-iMfolozi Park.

In many rhino poaching trials, corruption can be rife. Delays and challenges are commonplace and final decisions with guilty verdicts are not easy. Thanks to everyone on the prosecuting team, the evidence in this case simply could not be disputed. Now we hope that the sentencing will reflect the seriousness of their crimes.

The many hours spent by those investigating this case have been made worthwhile with this conviction. All of the hard work by the teams out in the field and in the courtrooms has secured a victory for rhinos. This situation shows that those responsible for rhino poaching will be held accountable for their crimes.

The result of the Ndlovu trial shows a positive step towards stronger enforcement of rhino poaching. We hope that more criminals will be charged appropriately for their illegal activities. In turn, rhinos will be safer.