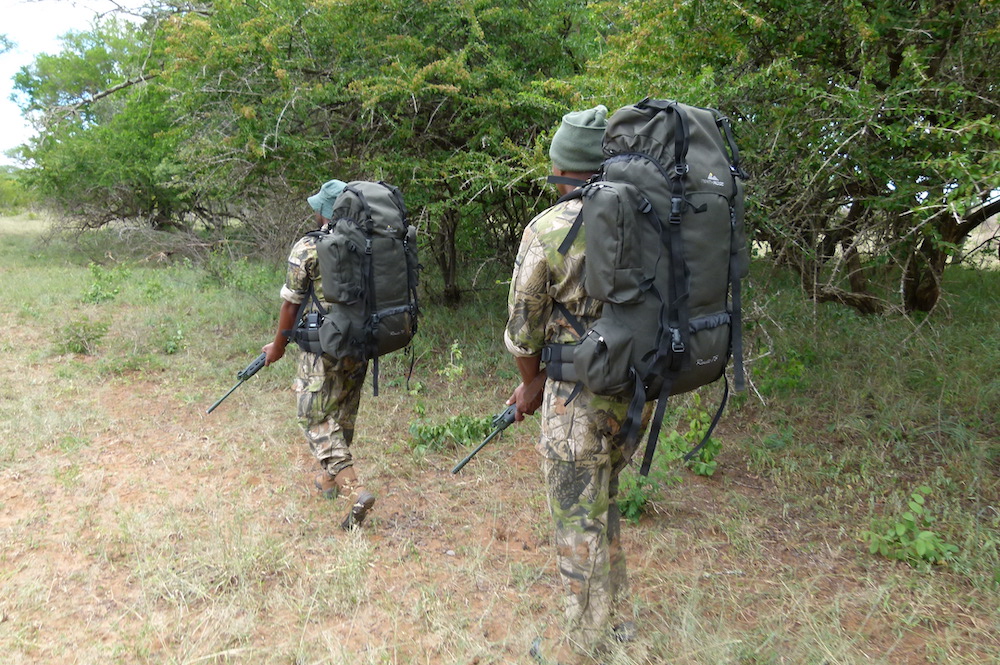 Technology has played a big part in keeping us connected during the pandemic, but it’s not just virtual business meetings or quizzes on Zoom. For rangers, and the rhinos they’re protecting, it’s a lifeline.

The team at uMkhuze Game Reserve (MGR) in KwaZulu-Natal, South Africa, works tirelessly to monitor and protect the Reserve’s black and white rhino populations. With limited resources to tackle the relentless poaching threat, this is already a difficult task, but the added challenges of Covid-19 have affected budgets, recruitment and staff morale. Thankfully, uMkhuze’s dedicated ranger team have had your support, and with it, new technology to help them save rhinos.

Rangers cover huge areas every day to keep rhinos safe from poachers. In the past, mobile coverage and internet signal have been almost non-existent, making communication and safety a real struggle. Now, seven LoRaWAN (Long Range Wide Area Network) Repeater Masts have been installed to track rangers and their vehicles. This not only makes their job easier and safer, but it will significantly increase their ability to grow rhino numbers and provide 24/7 protection for these magnificent animals. A number of white rhinos have also been fitted with horn transmitters and camera traps are being used to help detect incursions and monitor rhino movements.

This would not have been possible without your generous donations. Eduard Goosen, Conservation Manager at uMkhuze, says: “It is initiatives and support such as this that enables the guys on the ground to make the difference.”

While this technology is vital for the work being carried out by MGR, it’s no replacement for the work of rangers and rhino monitors. Rhino Monitor efforts have been a key part of the success of MGR. Thanks to funds from Save the Rhino and other donors, the lead rhino monitor’s contract has been extended for another three years, which is great news for the Reserve and its rhino population.

As well as monitoring and protecting this incredible species, MGR is dedicated to growing its rhino population. Unfortunately, between 1 April 2019 to 31 March 2020, one white rhino was sadly lost to poaching. However, thanks to the hard work of the rangers, MGR was still able to contribute to global black rhino conservation targets, achieving a breeding rate of nearly 7% in 2019 ­­­– 2% higher than their target.

Once again, a huge thank you to all our amazing donors. The funds you contribute are crucial – not only to helping protect and build a future for rhinos, but in supporting the rangers working so hard to achieve this at such a difficult time.