You are here: Home » News » Power Rangers in Training 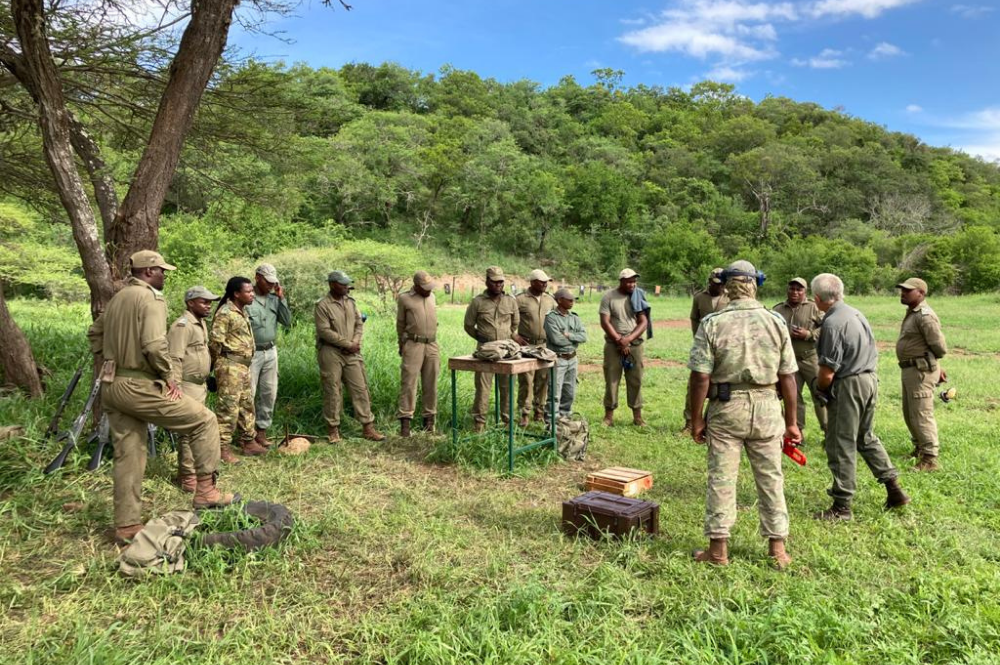 Life for South Africa’s rangers isn’t easy. At uMkhuze Game Reserve in KwaZulu-Natal (KZN) rangers come up against armed poaching gangs on a daily basis, with around two incursions into the Reserve each day. Sometimes there are four or five.

This intense situation forces anti-poaching teams to constantly be on high alert. Rangers are often away from their families for weeks at a time, moving from one patrol station to the next, covering long distances on foot and carrying everything they need in their 20kg rucksacks. All to protect the endangered wildlife living at uMkhuze.

These real-life superheroes carry a huge weight on their shoulders. With the right training, we can lighten the load.

Ezemvelo KZN Wildlife, the state agency responsible for uMkhuze Game Reserve, covers basic operating expenses, but, as the poaching crisis continues, the costs of conservation have spiralled and budget cuts have put rangers under pressure. This, coupled with the devastating impact of Covid-19, has meant that securing enough funding to pay for essential equipment and pay rangers’ salaries, has been extremely tough.

Fortunately, we have been able to keep supporting rangers at uMkhuze Game Reserve to monitor and protect rhinos in the Reserve during this difficult time. This enables those operating under extremely difficult conditions to perform their duties effectively and with greater support.

Thanks to your generous donations, uMkhuze’s Conservation Manager, Eduard Goosen, has implemented an annual ranger training programme across the Reserve to ensure that rangers are well-trained in field skills, tactics, armed contacts, and first aid. 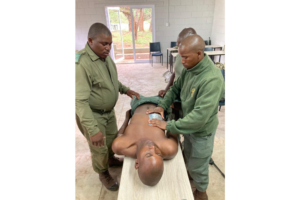 After the success of the training, another course is scheduled to take place later in the year, in addition to a patrol leaders’ course. Alongside this training, funding has also been used to boost team morale by improving ranger camps with solar panel installations for hot water and electricity, water tanks, and power sockets for charging radios.

“On patrol, rangers come across snares, people hunting with dogs, vulture poisoning, rhino poaching and illegal logging. It’s tough doing this work, so our main priority is ensuring we have enough capacity and resource to respond to every incident so that wildlife and this habitat remain protected.

Rangers risk their lives every day to protect the world’s rhino populations and their job is becoming increasingly challenging due to the ever-present threat of poaching. It has never been more important for rangers to be properly trained and equipped to deal with these potentially dangerous and life-threatening situations. With these additional layers of support, uMkhuze’s black and white rhinos will be much better protected.

We would like to say a massive thank you to all our supporters and Fondation Le Pal Nature and Association Française des Parcs Zoologiques in particular, for their incredibly generous donation towards this project. Donations like these are vital for empowering rangers by building law-enforcement capacity and boosting morale so that they can keep protecting uMkhuze Game Reserve’s black and white rhino populations.