You are here: Home » News » How do you identify black rhinos? 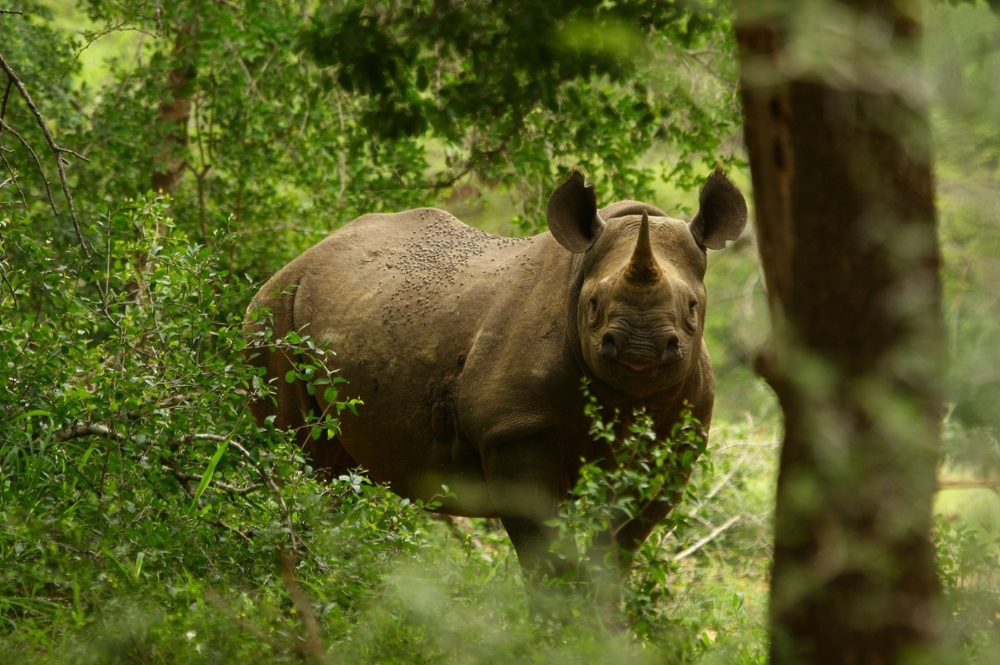 Black rhinos are a long-lived, slow-breeding species, and as such, occur in relatively low densities. This makes population monitoring a challenging proposition, especially in large ecological systems where scale is a complicating factor. Knowing how many rhinos there are in a conservation area, as well as their population structure and associations, is vital if we are to manage them effectively. Active management usually involves moving animals between populations for genetic reasons, or to establish new populations in other areas.

To humans, most black rhinos look alike, with the result that we struggle to establish how many there are in a population if they are not individually recognizable. This problem is solved through an individual marking system which entails the notching of the ear pinna (the visible outside portion of the ear) using an internationally recognised ear-marking template so that each rhino can be allocated a unique identification number (much like your own identity or passport number issued by a government). The ears are an ideal place to use, as they are easy to mark and are a very visible part of a rhino’s anatomy.

The notching system we use is made up of a series of triangular notches cut out of the outside edge of the ear pinna. These notches are placed in predefined positions on the ear, and the combination of notches then ascribes a unique identification number to each animal. Within Ezemvelo KZN Wildlife, we use a pattern that allows for more than 150 combinations, and this can be doubled if the gender of the rhino is included as a distinguishing feature.

Ear notches can only be applied when a rhino is immobilised, which requires the services of a veterinarian to induce general anaesthesia and to apply appropriate pre- and post-notching treatment. The notches are cut using a specific notching tool and bleeding is controlled through the use of forceps. A topical antibiotic is also applied before the animal is woken up and released.

Once the notches have been applied, photographs are taken of both the rhino’s ears in a ‘front on’ position as a record of the rhino’s notch pattern. Ideally, rhinos should be notched before they become independent from their mothers so that their maternity is confirmed as part of their identification. These photos and life history are then used in a personal rhino file, which will also be used to record sightings data for each animal over time.

This information provides a significant amount of data over time: defining a geographical home range; recording associations and relationships with other rhinos; tracking the age of the animal, and; in the case of females, recording births.

Being able to identify individuals is crucial to our population-monitoring plan and it is, therefore, important that we periodically undertake notching exercises to ensure that at least 75% of our population is identifiable. We are very grateful to the Woodtiger Fund that supported the 2021 ear-notching operations in Hluhluwe-iMfolozi Park.