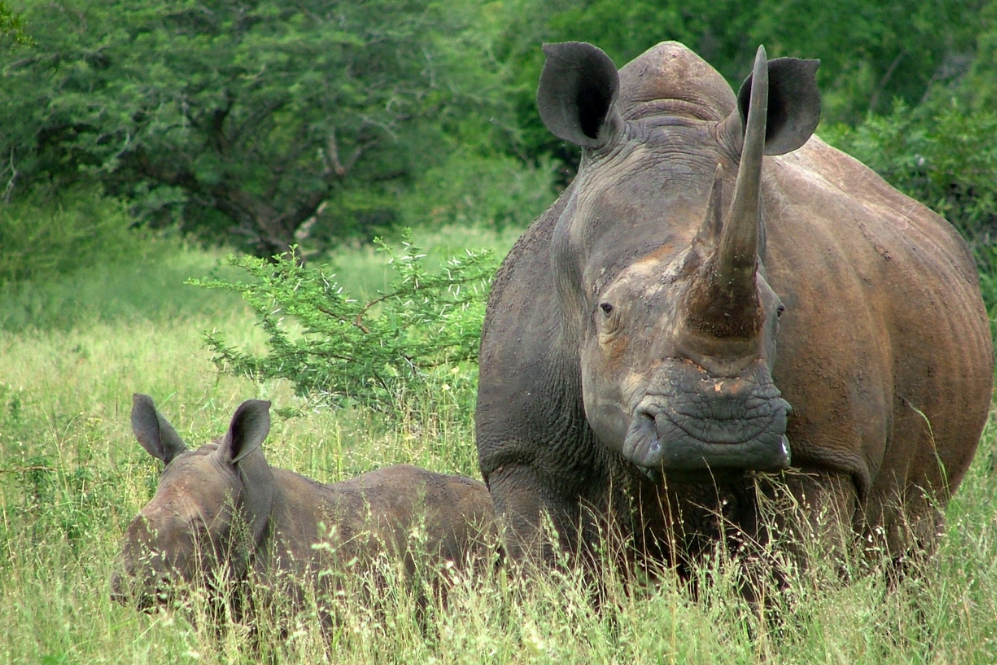 A total of 451 rhinos were poached in South Africa between January and December 2021, the Government of South Africa confirmed in a statement released on Tuesday 8 February 2022. This is a 13% increase on the number of rhinos killed by poachers in the country during 2020 when local and international travel restrictions were thought to have played a significant role in decreasing poaching. Despite the depressing rise in poaching cases last year, there were, at least, fewer rhinos poached in South Africa last year than were poached in 2019.

“In 2020 we were thankful that the pandemic had, at least, brought some good news for conservation. But these latest figures have confirmed our fears that the effects were short-lived. South Africa’s rhino population has dropped dramatically in recent years. And now poachers are moving into new areas that have been hit hard by Covid-19.

Many rhino reserves have only just about made it through the pandemic so far, with income from tourism, their main source of support, almost entirely cut off. Rhino security is expensive. Private reserves and national parks are struggling to have enough funds for everyday maintenance. Many simply won’t be able to protect their rhinos much longer if they can’t secure more funding. We’re extremely worried.”

Here are the key points from the Government’s statement:

As rhinos continue to be targeted, local, national, and international collaboration must be at the heart of future action. We are pleased to see that the South African Government’s release shared their intent to work closely with others to protect rhinos across the country. Only with an integrated and connected approach will we be able to turn the tide on poaching and begin to see South Africa’s rhino population grow.