You are here: Home » News » Mounting efforts to save rhinos in Namibia 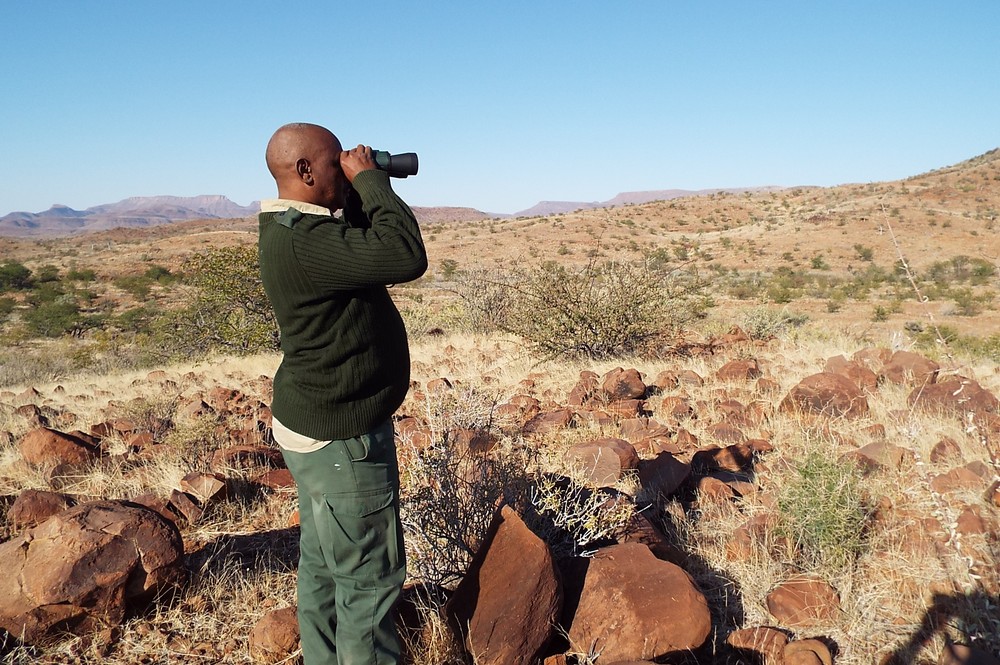 There are fewer than 5,630 black rhinos left in the wild, but the last remaining free-ranging population live in the Kunene and Erongo regions of North West Namibia. These special desert-adapted rhinos are protected by our partner Save the Rhino Trust (SRT). The past year has been especially difficult for SRT’s team. They have not only had to cope with the ever-present threat of poaching and drought but also had to deal with the additional pressures brought on by the Covid-19 pandemic.

The loss of tourism revenue forced SRT to find ways to cut costs, whilst still ensuring that core functions (keeping rhinos safe and monitoring their activities) could continue. To achieve this, SRT has some exciting news. The Trust will soon be introducing three mules to their team, creating a new mounted patrol unit, reducing its reliance on patrol vehicles and adding extra horsepower to existing foot and vehicle patrols.

Maintaining monitoring and protection work is vital to keeping long-term rhino conservation goals in sight. Unfortunately, another negative consequence of the pandemic is that previously well-travelled pockets of wilderness were deserted by tourists; fewer eyes on the ground left areas open, and vulnerable. While there had been no incidents for two and a half years before the pandemic, SRT assisted in investigating two rhino poaching cases during 2020. Sadly, four animals fell victim to poaching gangs. This news is disheartening, but SRT’s team knows that they must keep going.

To respond to the increasing threats, SRT’s team has been doing everything possible to keep rhinos safe. Between January and September last year, more than 3,100 km were patrolled each month – a 32% increase compared to 2019 – leading to 19% more rhino observations!

As well as supporting the work of rangers and collaborating with law enforcement to investigate poaching attempts, SRT has also been improving their public engagement to inspire future generations to love rhinos and support conservation. The Rhino Pride campaign, a joint initiative with other NGOs in the region, continued its aim to develop and maintain positive messaging around black rhinos. The Trust also created ‘The Wild Rhino Experience’, piloted in November 2020, to engage members of youth clubs in discussions about conservation and the importance of building a wildlife-based economy in Namibia.

Despite the poaching losses in the Kunene region during 2020, Namibia’s long-term efforts are paying off. Between January and December 2020, 30 rhinos were poached in the country. Of course, that’s still 30 rhinos too many, but it shows a successful decline in recent years (50 rhinos were poached in 2019 and 79 in 2018). And in March 2020, the South-western black rhino (the desert-adapted subspecies) was reclassified from Vulnerable to Near-Threatened by the IUCN (International Union for Conservation of Nature) due to the success of long-term conservation efforts.

Thanks to your donations, we have been able to help Save the Rhino Trust continue its incredible work to protect rhinos in Namibia. Your support is crucial to ensure poaching numbers in Namibia continue to drop and the desert-adapted black rhinos are still around for future generations.