You are here: Home » News » Night lights and buffaloes in camp: Improving the comfort and safety of Lewa’s rangers 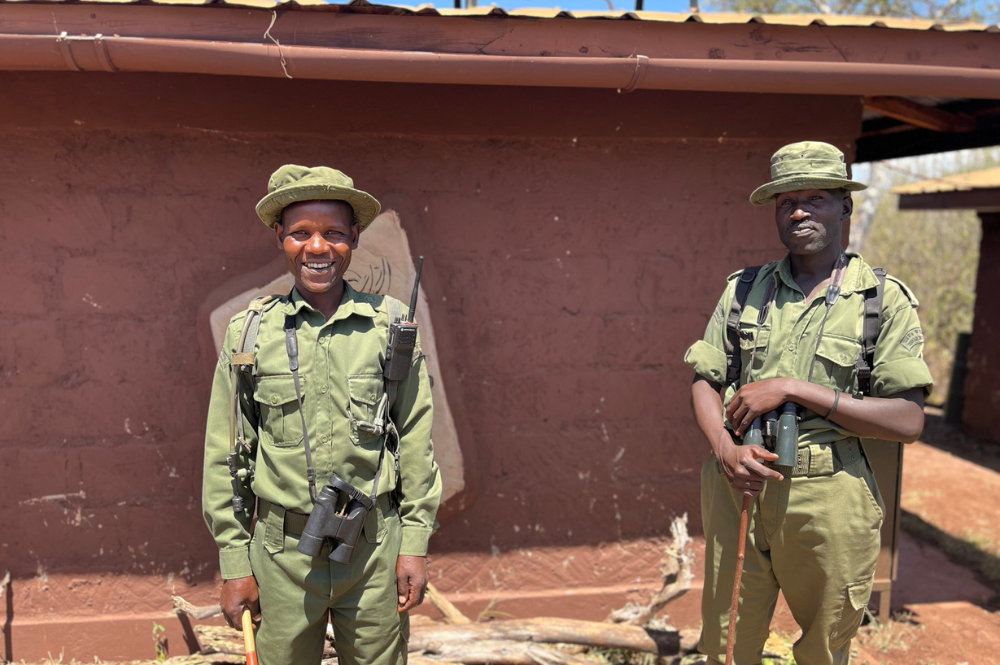 Bright lights on the pavements, navigational tools at our fingertips, and a distinct lack of dangerous creatures, the comfort and luxury of living in one of the 21st Century’s concrete jungles are far removed from life in the truly wilder parts of our planet. At night, a shortage of power, intermittent reception, and the risk of some of the world’s top predators lingering around (or inside) your camp are all concerns. But these all fail to deter the many brave, resilient, and passionate men and women who work on the frontlines protecting Africa’s wildlife.

Perhaps none more so than the inspiring rangers of Lewa Wildlife Conservancy in the shadow of Mount Kenya. A former cattle ranch, the Conservancy and its teams of rangers have seen the fruits of their efforts prosper. With its exceptional biodiversity, the latest wildlife counts indicate that most of the Conservancy’s wildlife populations are increasing. Indeed, Lewa is now home to a significant number of Kenya’s more than 1,800-strong population of black and white rhinos and some have been translocated to establish new populations in parts of the species’ former range, including neighboring Borana and Sera Wildlife Conservancies.

Much of this success can be attributed to the care and resources provided by the Conservancy to its teams of rangers, with focus being placed on ensuring their mental and physical well-being. ForRangers – a fundraising initiative supported by Save the Rhino – was approached to provide support for the Conservancy’s 118 rangers, which include wildlife monitors, canine units, and armed anti-poaching units. Edward Ndiritu, Lewa Wildlife Conservancy’s Head of Armed Security commented on the importance of providing quality equipment for his team: “Rangers who have the correct equipment are ready to work day and night to achieve the objective of conservation and protection of our wildlife for future generations.”

A range of equipment was purchased and circulated to the rangers, including sleeping bags and bedrolls for the Human-Wildlife Conflict teams, ponchos to provide protection from the intense sun and the rainy season’s heavy downpours (when those eventually come), mosquito nets to keep biting insects at bay, tracksuits and trainers for fitness and training exercises, and GPS devices to improve coordination and communications in areas with distinctly patchy network coverage.

However, upgrades to the accommodation facilities at Lewa’s security outposts were top of the list. Far from the national grid, these outposts depend on alternative electricity sources to ensure that rangers have access to a lighting system in their homes and sufficient power to charge their phones and digital radios. Nine outposts urgently required solar batteries, with one of those requiring the installation of a completely new solar power system. Following its completion, John Tanui, Head of Security Communications at Lewa, commented on just how important this installation was: “The general quality of life and experience of the rangers has improved since the lighting system [was installed], giving them the comfort of preparing their evening and morning meals without the hurry of being caught up by darkness”.

Tanui added that the addition of these systems “has also increased the safety of the rangers from the threat of certain wildlife such as house snakes and buffaloes that sometimes roam around their compounds.” One of Africa’s Big Five and often a popular target for bushmeat, buffaloes have the reputation of being particularly dangerous and unpredictable, killing many people across the continent and earning the names Black Death and Widowmaker in the process.

Funds were also diverted to address another danger faced by rangers, that of getting lost. Often forced to work in extremely difficult conditions, increased deployment in areas with little-to-no network coverage meant that GPS devices are seen as essential to the teams’ safety. These devices help to support location determination, navigation, tracking of individual movements, mapping areas, and taking precise timings and measurements during security operations. They have been particularly useful when working in dense forests, helping the teams to coordinate movements between locations.

Thankfully, the rangers’ work has meant that little poaching has occurred on the Conservancy since 2013. However, continuing to deter poaching gangs alone will not be enough to ensure the continued well-being of the landscape’s wildlife. For years, Kenya’s herbivores have been under extreme pressure from something more sinister: a changing climate. The seemingly never-ending drought has meant that the vegetation that herbivores, including rhinos, have depended on has withered away. In just three months, Kenya lost two percent of its endangered Grévy’s zebra population and many of Lewa’s elderly and nursing rhinos have had to receive expensive supplementary feed to prevent starvation.

As the climate of East Africa continues to become drier, the selfless dedication and immense efforts by the teams of rangers here will only become more vital, helping to prevent poaching pressures on wildlife populations that are already struggling from the effects of drought. Ongoing support from donors such as you will remain crucial to supporting rangers to carry out their invaluable yet challenging work effectively and in comfort. Thank you so much.