You are here: Home » News » Rhino conservation in a climate crisis 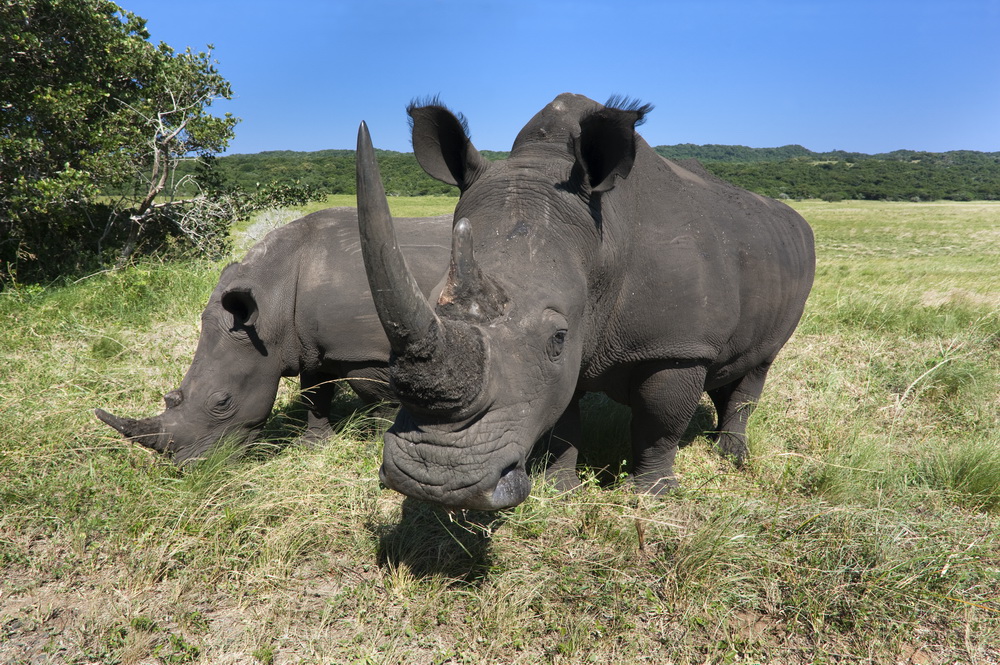 As I write this, the 27th Conference of the Parties to the United Nations Framework Convention on Climate Change – known to all reasonable people as ‘COP27’ – is kicking off in the Egyptian city of Sharm el-Sheikh. Meanwhile, the Intergovernmental Panel on Climate Change (the IPCC) has been releasing its eagerly-awaited 6th Assessment Report this year – the first major assessment of the climate crisis since 2013. The summary report for the 6th Assessment will be released in the next few months and is likely to be sobering reading.

All of this brings the great environmental challenges of our times, the climate crisis and, arguably even greater, the biodiversity crisis, front and centre in our minds. It is important to reflect on the current and potential impacts of these crises on rhinos. East Africa, home to some of our favourite rhinos as well as many humans, has been enduring its worst drought in 40 years – the lives of many species have been lost. Rainfall patterns in Southern Africa have been similarly disrupted in recent years. And if changes in the Asian monsoons become commonplace, it is not only human societies that have depended on that annual cycle for centuries that may be severely affected, but also the ecology of the great north Indian river plains; the ‘Terai Arc’ is, after all, grassland, which can change very quickly, and if that happens then the fate of the Greater one-horned rhinos will be uncertain.

But, it is also important to reflect on the contribution that rhino conservation makes to mitigating these global challenges. Last year, UN expert panels on climate change and on biodiversity released a key report highlighting the great interconnectivity between our planet’s climate and biological systems. Damaging one system harms the other, but conversely, supporting one system helps steady the other. Healthy ecosystems not only help protect us against climate and other impacts, but they help reduce the frequency and severity of those impacts in the first place. As it says in Save the Rhino’s own mission statement – ‘to thrive, both rhinos and people [locally and globally] need a world that is healthy, diverse and resilient’.

Much research (including this recent paper from Oxford University) shows that one of the best ways of conserving our big ecosystems is to pick our favourite ‘umbrella species’ – in our case, rhinos, but any large animal that needs a lot of habitat, tigers, whales, elephants – and conserve it with everything we’ve got. Inger Anderson, the head of the UN Environment Programme, put it very well earlier this year – ‘nature can be our saviour, but only if we save it first’.

But of course, that’s not the only reason we save rhinos. Most of us don’t fall in love with these amazing animals because we recognise their value as umbrella species, nor do we marvel at Asian forests and African plains because we understand their role in mitigating climate change. We work to protect them because they are magnificent. In the end, wildlife conservation is not only about maintaining the health of the planet for our own survival and wellbeing, vital though that is – it is about hanging on to some of the beauty and wonder of what, for us, is our truly unique home.