You are here: Home » News » Two rhinos poached within a week in Botswana 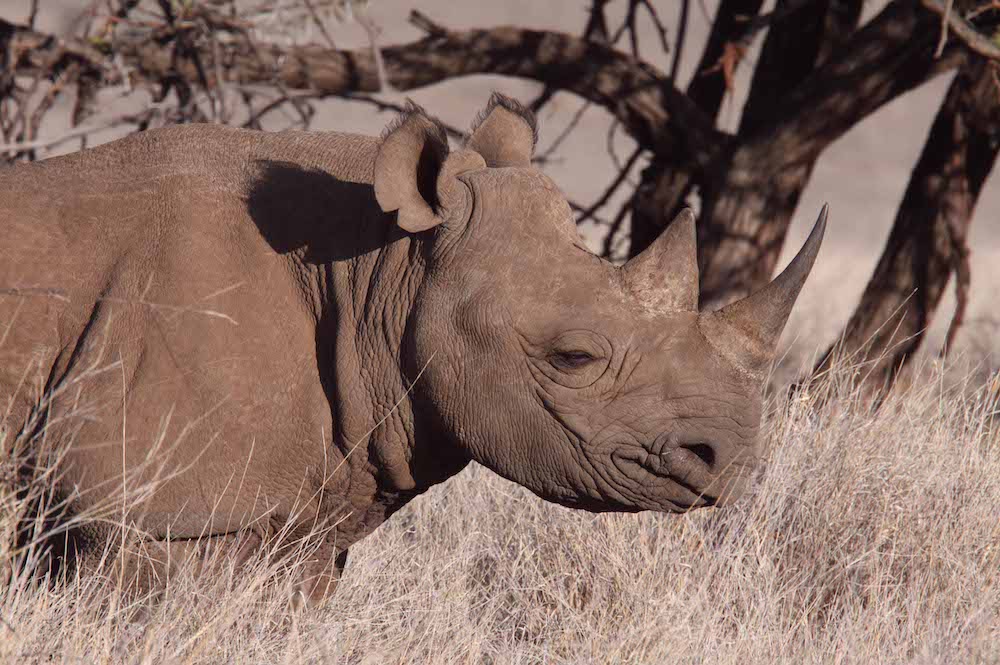 On 27 September a rhino was poached in Botswana’s Okavango Delta. Just five days later another rhino was killed, also in the Delta. Within a week, two rhinos were poached in Botswana. Every poaching incident is shocking, but these attacks are extremely concerning because they took place within a short space of time, in a place that had been regarded as a relatively safe haven for rhinos since the poaching crisis began.

Between 2007 and 2017, while rhino populations elsewhere have been heavily poached (8,889 rhinos were poached across Africa in the last decade), only six rhinos were killed for their horns in Botswana. In 2018 however, a worrying trend began: twelve rhinos were poached in the country, i.e. an average of one incident per month. The latest incidents show an escalation of the poaching rate, with two rhinos killed in less than a week.

Botswana has a total rhino population of approximately 502 (452 white rhinos and 50 black rhinos). Despite the country’s proximity to South Africa, the country with the highest poaching numbers, low levels of poaching in Botswana enabled it to be a ‘safe space’. So safe, in fact, that a number of rhinos have been translocated from reserves in South Africa into the Okavango Delta.

Today, most other countries across Africa are seeing a decline in rhino poaching rates: South Africa had 769 rhinos poached in 2018, the first time in six years that the number dipped below the 1,000 mark, and Kenya has celebrated decreasing poaching figures for five years in a row. Despite this, poaching incidents in Namibia and Zambia increased in 2018, though not at the same rate as Botswana.

So why is Botswana experiencing this increase? Poaching syndicates are agile, and will shift to different areas as security and intelligence operations ramp up in the regions that have already seen intense poaching. Gangs will use new tactics continuously to avoid getting caught, always looking for the next location and trying to find ‘softer targets’.

Botswana has historically held a tough stance on poaching, often reported as an ‘unwritten shoot to kill policy’. However, strong words have not always been backed up by effective law enforcement.

In May 2018, the Government of Botswana was reported to have disarmed its anti-poaching units, a story fuelled by internal politics. And there are wider issues around prosecutions further up the chain. In July 2018, Dumisani Moyo, a high-level wildlife trafficker, was released on bail despite repeated arrests for rhino poaching and being on Interpol’s Red List of most-wanted wildlife criminals. This was not the first time Moyo had escaped prosecution: since 2008, he has apparently bribed his way out of a number of court cases. It is essential that investigations and prosecutions are handled properly, so as not to undermine the efforts of anti-poaching units working on the ground.

The recent incidents in Botswana act as a reminder to us all that, despite the overall decreasing trend in rhino poaching, more must be done to stop the criminal gangs in their entirety: poaching syndicates will not disappear just because South Africa’s anti-poaching and law enforcement efforts are slowly being strengthened. Collaboration across borders and improving our knowledge, tactics and future planning is essential.

One thought on “Two rhinos poached within a week in Botswana”