You are here: Home » Thorny Issues » The transportation industry and the illegal wildlife trade 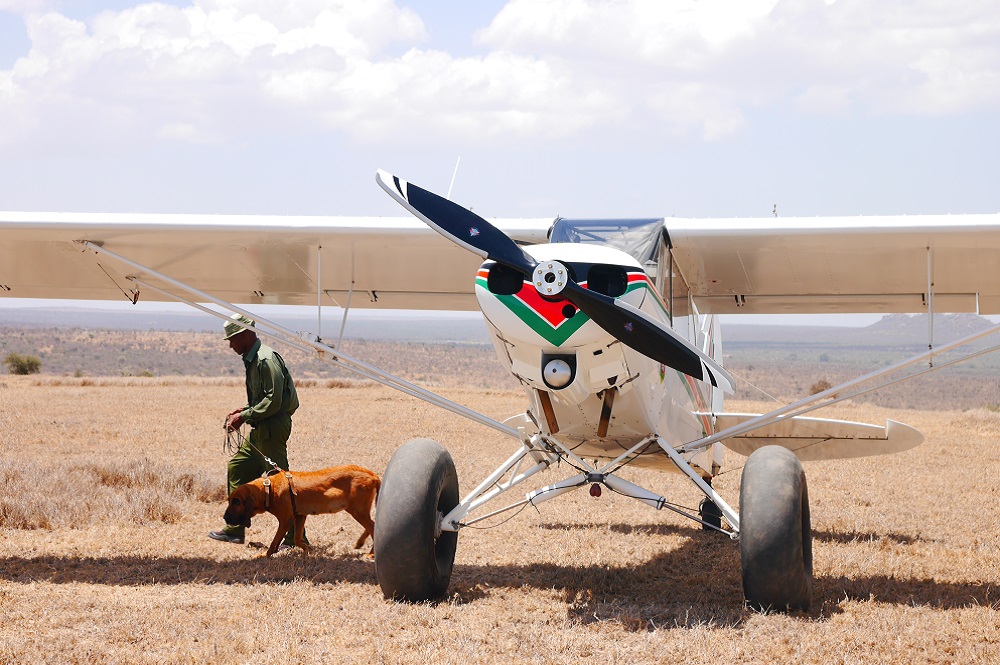 According to TRAFFIC, the wildlife trade monitoring network, “Transportation is the backbone of global trade, and traffickers in wild animals and wildlife products rely heavily on logistics, land, air and sea carriers to smuggle illicit goods. Companies from the transportation and logistics sector can therefore play a critical role in identifying and strengthening key risk points in the supply chain.” Transportation and logistics businesses, such as passenger and cargo airlines, shipping companies, express couriers and freight forwarding companies, are becoming increasingly vulnerable to exploitation by illegal wildlife traffickers.

High-value wildlife products are hidden in carry-on or checked-in luggage, or on the passengers themselves at airports. Based on seizure records, most of the illegal rhino horn trade to Asia is carried on passenger air travel. National airmail and express parcel service companies are also often used to send small illicit parcels such as rhino horn, while shipping lines are used to hide large / bulky illegal items in sealed containers and are increasingly used to move large volumes of ivory around the world.

Recent seizures include the one in November 2014, when two Vietnamese men were arrested in Johannesburg airport, with a record haul of 18 rhino horns hidden in suitcases, during a stopover on a flight from Mozambique to Vietnam. And in April 2015, illegal ivory was found in a South African Airways (SAA) Cargo shipment declared as machinery spare parts on a flight in transit to Australia destined for Malaysia.

In another example, a recent (July 2015) article by John Grobler for www.oxpeckers.org draws a link between the arrest of three Chinese nationals with 14 rhino horns in their luggage at the Hosea Kutako International Airport in Windhoek in March 2014, and the supplier of the industrial airport / port X-ray scanners, a Chinese company called Nuctech. “Whoever sent couriers Li, Li and Pu through the airport appeared to have known that the scanner installed for departing luggage was not working. Sources at the airport said the alarm was only raised after porters objected to the extraordinarily heavy Chinese suitcases and the police decided to investigate, discovering rhino horns and leopard skins.”

Caught in the crossfire: how cattle and Chinese mining interests are killing off Namibia’s black rhinos, by John Grobler, Oxpeckers.org, 17 July 2015

Even before the Cecil the Lion incident in early July 2015, a number of airlines had taken a stance on this issue and announced that they would no longer carry hunting trophies – shot legally under permit from the issuing country and governed by international laws via CITES (the Convention on the International Trade in Endangered Species of Wild Fauna and Flora). Emirates Sky Cargo, for example, announced in May 2015 that it “will not accept any kind of hunting trophies of these [elephant, rhinoceros, lion and tiger] animals for carriage on Emirates services irrespective of CITES appendix”.

However, the furore over the apparent illegal killing of Cecil, the famous lion from Hwange National Park in Zimbabwe, led to many other airlines announcing that they, too, would no longer allow hunting trophies to travel on their flights. Speaking on behalf of Virgin Atlantic, Virgin America, and Virgin Australia, Sir Richard Branson, for example, argued that “Big game is worth more alive than dead” and therefore Virgin “and our partner, Delta have pledged to no longer carry hunting trophies on flights.”

For some of the press coverage of the airline bans, please see the links below:

Is a ban on the transport of hunting trophies the answer?

There is a key and important difference between the export of legal hunting trophies and the trafficking of wildlife products obtained via illegal poaching: the former is allowed, under carefully controlled conditions, by CITES

Support for the transport of hunting trophies comes from a wide range of sources. No one would be particularly surprised to see that Dallas Safari Club opposed the ban:

Or that South Africa’s Department of Environmental Affairs, having previously opposed a ban – then reversed – by SAA Cargo, was dismayed when on 3 August 2015 US carrier Delta Air Lines (DAL) banned the shipment of all lion, leopard, elephant, rhinoceros and buffalo trophies worldwide as freight. The DEA said that regulatory loopholes enabling illegal transport of wildlife had now closed, and pointed out that the “legal, well-regulated industry in South Africa is valued at around R6.2bn a year and is a source of much-needed foreign exchange, job creation, community development and social upliftment.”

But support for the sustainable, legal and equitable wildlife trade has also come from the International Union for Conservation of Nature (IUCN), as being a powerful nature-based solution for meeting the twin challenges of enhancing rural livelihoods and conserving biological diversity. “It can enhance the way societies and communities value nature, tipping the balance in favour of protecting it”, says Inger Anderson, Director General of the IUCN. Local communities and private land owners can benefit from and receive incentives to invest in wildlife through sport hunting, tourism and harvesting of sustainable wildlife products.

According to the IUCN’s Sustainable Use and Livelihoods Specialist Group (SULi), “Bans on trade can be useful in some cases, such as to enable species to recover when stocks are depleted. But in other cases they can create adverse conservation incentives. For example, species may become undervalued and habitat converted to more productive uses, such as agriculture or plantation forestry. Alternatively, where species retain their market value, trade bans may stimulate illegal trade and excess harvesting.”

A Framework to Improve Biodiversity and Livelihood Outcomes. Report by International Trade Centre (ITC) and SULi, 2015

Cecil the Lion: Lessons in misplaced outrage, by Ivo Vegter

United Parcel Service (UPS) and FedEx also declined to bow to public pressure. A Washington Post article quoted a UPS spokeswoman as saying that the global shipping giant follows U.S. and international laws, not public opinion, in determining what it will and won’t ship. UPS has made a clear distinction between legal wildlife trade and the illegal wildlife trade.

What is the transportation industry doing to address the illegal wildlife trade?

TRAFFIC and the World Customs Organization (WCO), with the support of the United States Agency for International Development (USAID) and the Wildlife Trafficking Response, Assessment and Priority Setting (TRAPS) Project invited delegates from key logistics companies, airlines, couriers and transport associations to a 2-day workshop in January 2015 to discuss the issues and stimulate collaboration among key players in the transport industry.

In March 2015, Prince William’s United for Wildlife initiative set up a Transport Task Force that will publish recommendations in Spring 2016. Task force representatives include Emirates Airlines, British Airways, Kenya Airways and IATA. William Hague, in his role as Chairman of the Task Force, aims to put pressure on airlines, shipping companies and border agencies to cut off the poachers’ trade routes.

In June 2015, the International Air Transport Association (IATA) signed a Memorandum of Understanding with CITES to enforce co-operation to reduce illegal trade and ensure safe and secure transport of legally traded flora and fauna. John E. Scanlon, Secretary-General of CITES stressed, “We are not asking IATA members to become de facto customs or enforcement agencies […] but closer collaboration with CITES to better secure legal trade in wildlife through reducing the fraudulent use of permits and in detecting illegal trade.”

Customs officials, scanners, baggage handlers and dogs are all tools used at air, rail, road and shipping hubs to detect illicit wildlife items. Dogs are increasingly being used at airports to detect smuggled wildlife and wildlife products. They screen checked-in and hand luggage, freight and travellers.

WildScan, an endangered species identification and response mobile phone application, was first launched in Thailand in 2014 and rolled out to Vietnam in May this year with positive results both at transport hubs and the wider community.

As an organisation that supports the sustainable use of natural resources, Save the Rhino International does not believe that banning the transport of hunting trophies is the right way forward. Instead, there are a whole range of other activities that the transportation industry should be tackling. The initiatives by TRAFFIC, WCO, USAID and the TRAPS Project, the United for Wildlife Task Force, the IATA Memorandum of Understanding, the use of sniffer dogs at ports and airports and Wildscan are all deserving of further attention and financial support.