You are here: Home » Thorny Issues » Is elephant and rhino poaching funding terrorism? 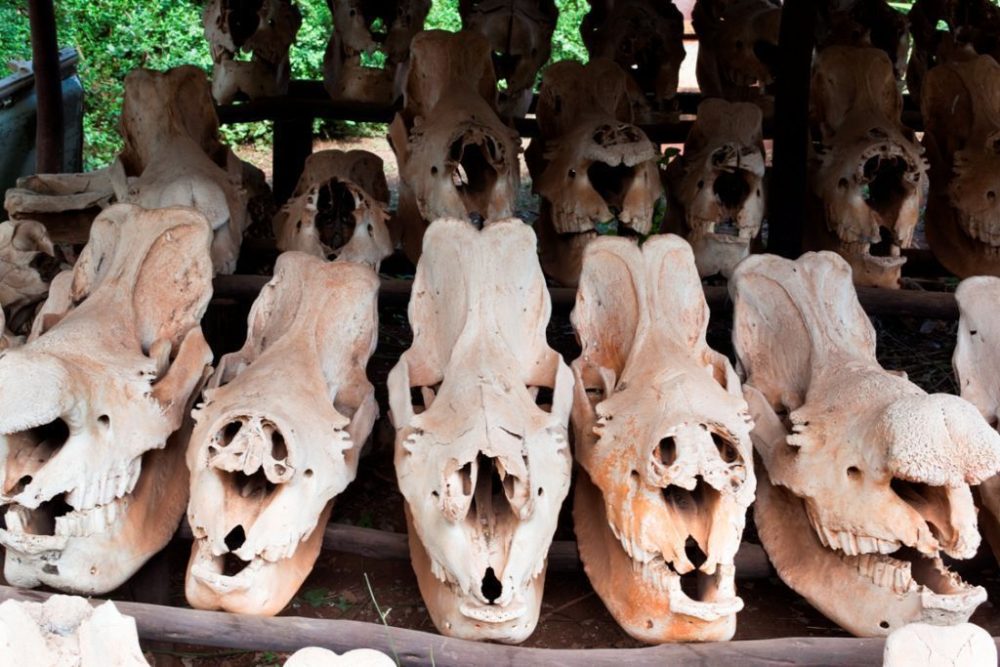 Rhino poaching is being carried out by criminal gangs, potentially linked to extremist groups with sophisticated multi-national networks. The trafficking gangs are pocketing billions of dollars each year, while leaving a trail of devastation behind, impacting not only wildlife and local communities, but also global security.

Environmental organisations have recently claimed that Al-Shabaab, the terrorist group behind the Kenyan Westgate shopping mall massacre, which killed at least 68 people, has been funding its activities through ivory and rhino poaching. According to the US International Conservation Caucus Foundation (ICCF),

‘’Ivory and rhino horn are gaining popularity as a source of income for some of Africa’s most notorious armed groups, including Somalia’s al-Shabab, the Lord’s Resistance Army (L.R.A.), and Darfur’s janjaweed’’.

The organisation adds, ‘’Wildlife products have become a substantial source of income for terrorist organisations in Africa.’’

Three years ago, the Elephant Action League (EAL) conducted an 18-month undercover investigation into the link between Al-Shabaab and the illegal trafficking of ivory through Kenya. The organisation published its findings, which suggested that Al-Shabaab has been actively buying and selling ivory to fund its militant operations and that ivory trafficking “could be supplying up to 40% of the funds needed to keep them in business.’’

The EAL reported that the profits made from illegally trading ivory allowed the organisation to buy explosives, bullets and weapons and soldier’s wages. Terrorist and criminal groups know that wildlife crime carries a lower risk and higher reward than other crimes, with wildlife protection receiving far less funding than the fight against drugs and terrorism. Rangers in the field are often left overpowered by heavily armed and well-financed poachers.

The increasing evidence linking illegal wildlife trafficking to terrorism prompted President Obama to describe the issue a major threat to national security. In July this year, the President issued an executive order to establish a presidential-level task force on wildlife trafficking. The task force has formed an advisory council to draw up a new strategy to clamp down on the criminal networks.

‘’Trafficking has become more organized, more lucrative, more widespread, and more dangerous than ever before’’.

The consumers of rhino horn and ivory should understand that by purchasing these illegal wildlife products, they not only are contributing to the extinction of a species, but they are also causing the death of rangers who risk their lives to protect elephants and rhinos, and furthermore likely helping finance the activities of extremist groups leading to the deaths of innocent civilians.

It is evident that the poaching of these incredible animals is having far-reaching consequences that have implications for us all.