You are here: Home » News » Sir David Attenborough would like to save the Sumatran rhino 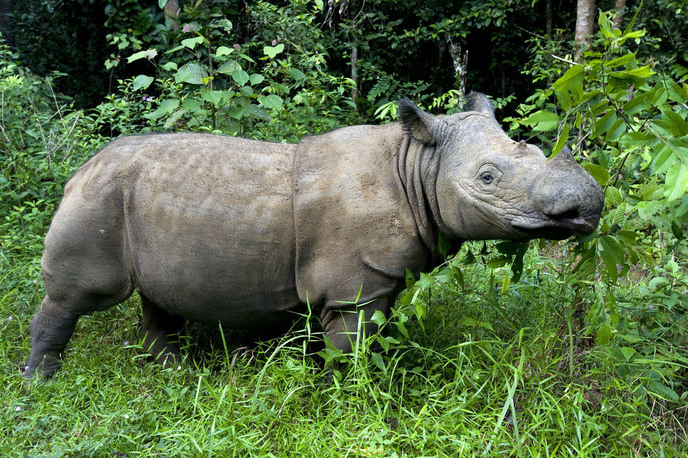 Legendary wildlife documentary maker Sir David Attenborough has named his top 10 endangered animals he would most like to save from extinction, and the Sumatran rhino is one of them. Sir David compares the ten species as facing the same fate as the Dodo unless conservation action is taken to bring them back from the brink of extinction.

The Sumatran rhino, of which only around 130-190 survive in the wild, is the largest animal for Sir David to pick. The animals chosen were featured on BBC television show called Natural World Special: Attenborough’s Ark . The clip features new-born Sumatran rhino calf Andatu at the Sumatran rhino Sanctuary in Indonesia, which Save the Rhino are currently running the ‘I Will Survive’ appeal to raise funds for. Sir David focuses on the importance of the Sanctuary for the future survival of the Sumatran rhino.

The fact that Sir David has highlighted the Sumatran rhino as one of the ten animals he would take on his own personal ark emphasises the on-going importance of supporting Sumatran rhino conservation to ensure the future survival of all five rhino species.