You are here: Home » News » Second pregnancy at the Sumatran Rhino Sanctuary 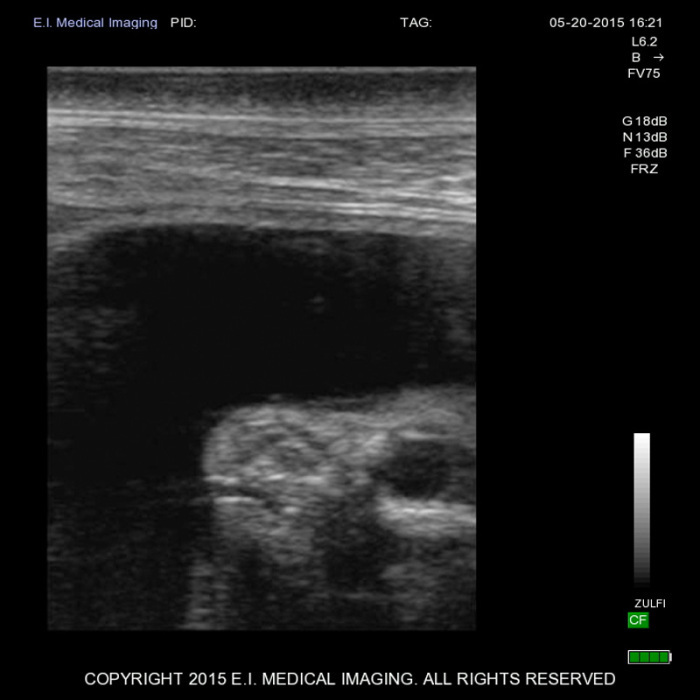 We are delighted to share the incredibly exciting news from our partners at the International Rhino Foundation that Sumatran rhino, Ratu, is pregnant with her second calf at the Sumatran Rhino Sanctuary. Ratu is expected to give birth in May 2016 after successfully mating with Andalas earlier this year.

Ratu, who wandered out of the rainforest in 2005, lives with four other rhinos at the Sumatran Rhino Sanctuary in Indonesia’s Way Kambas National Park. Ratu’s first calf, named Andatu (pictured below), was born at the Sanctuary in June 2012. Andatu was also fathered by Andalas, who was born at Cincinnati Zoo and moved to Indonesia from Los Angeles Zoo in 2007.

Sumatran rhino pregnancies last around 16 months, and newborn calves generally weight between 50-60 pounds. Reproductive specialists confirm that ultrasound images of the developing calf show that the pregnancy is progressing normally.

Pictured top is Ratu’s fetus is at 117 days old. In this stage of development, the fetus is much larger than an embryo. In the lower right corner of the image, you can clearly see the calf’s head. This is a profile view, and the circular dark spot is the fetus’ eye. To the left of the eye, you can see its nose and mouth.. Scan courtesy of Yayasan Badak Indonesia.

Donate to the Sumatran Rhino Sanctuary.