You are here: Home » News » Rhinos in Kaziranga 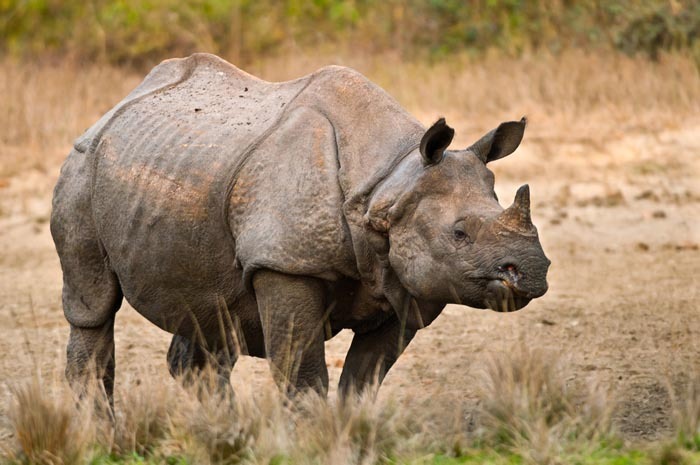 A large population of greater one-horned rhinos is found in Assam, India, which is a result of years of impactful conservation in the state. Started in the early 90’s, conservation in Kaziranga was affirmed as a Proposed Reserve Forest in the year 1905. The journey of Kaziranga started from there and took many positive turns and twists. It was crowned as a Wildlife Sanctuary in the year 1950 and was accredited as a National park in the year 1974. UNESCO confirmed Kaziranga National Park as a World Heritage Site in December 1985. During this journey, Kaziranga faced many challenges, overcame various issues and stood as one of the remarkable wildlife conservations in India.

Major issues and a government initiative

An increase in rhino poaching in the northern region of Assam has been witnessed. There was a period, when poaching activities rose in the state affecting many wildlife species particularly one-horned rhinos. As a result, one of the major issues of concern for wildlife conservation authority of Kaziranga was to protect the animal and prevent the trade of prohibited wildlife. For this, the officials reinforced the patrolling at Kaziranga Forest, Assam. As a result, more forest personnel were employed and offered with better gun and weapons to battle with the poachers.

Recently, two poachers were killed by forest protection guards in an encounter at the world famed Kaziranga National Park of Assam. Guards came face to face with a group of five poachers while they were patrolling the park. The group was moving under suspicious conditions near Malani camp under Bagori range. Out of five, two poachers were gunned down by the forest personnel on the spot while the rest three managed to run away. The guards have recovered one .303 rifle from the poachers. The state government of Assam has requested for an investigation by the Central Bureau of Investigation because of the rise in wildlife crime mainly the poaching of one-horned rhino found in Assam.

N K Vasu, the director of the park, updated with the figure that 16 rhinos have been killed and a further 40 have died a natural death this year. However, on the contrary, the rhino census passed out by Kaziranga National Park in March (done every year), found an increase in the number of one-horned rhinos. According to them, the figure comes out as 2,329, which is an increase from the last year’s figure of 2,290. Apart from Kaziranga National Park, these wild animals are even found in various others wildlife safety areas in Assam. The total number of one-horned rhinos in Assam stands at 2,544 as per the figure given by the state wildlife official.

The state government has just required a thorough examination by the Central Bureau of Investigation in order to reduce the cases of poaching, which are coming into light repetitively in the recent times. The prime objective of this investigation is to dig deeper into the matter and finding the better ways of empowering the security in Kaziranga National Park for the safety and protection of one-horned rhinos in Assam.

3 thoughts on “Rhinos in Kaziranga”