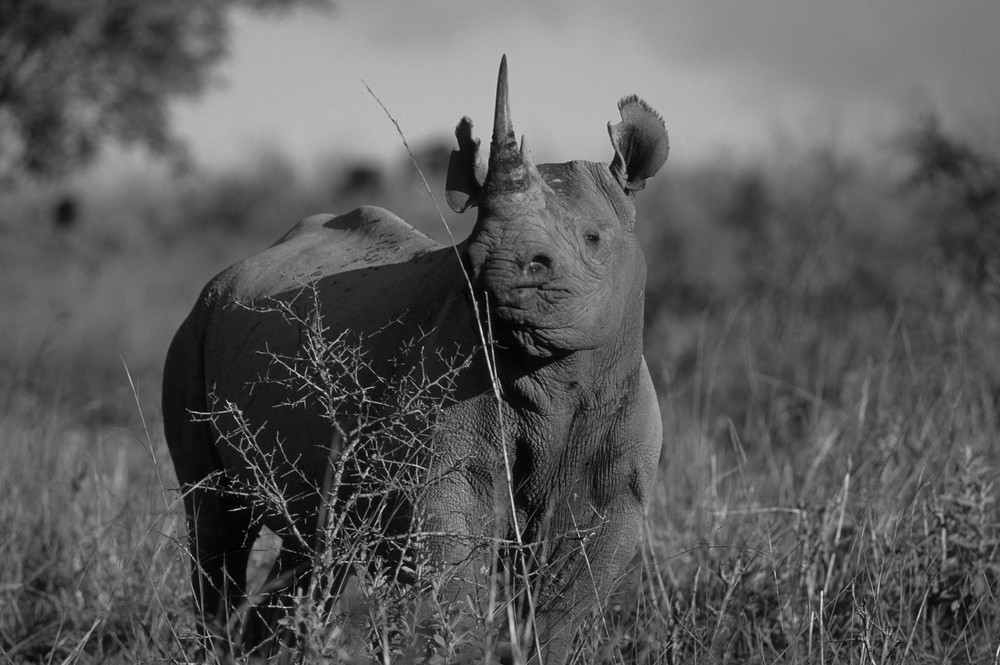 The annual update of the IUCN Red List has pronounced the Western black rhino (Diceros bicornis longipes), formerly found in Cameroon and other West African countries, extinct and the Northern white rhino (Ceratoherium simum cottoni) as presumed Extinct in the Wild. Coming so soon after the confirmation that Vietnam has now lost all of its Javan rhinos to poaching, and with the poaching crisis now reaching Namibia, this has not been a good few weeks for rhinos.

Too late for the Western black rhino – but what about other rhino species?

When I attended the African Rhino Specialist Group meeting in 2006, the news then was that researchers had failed to find any spoor of the Western black rhino, despite extensive efforts, including bringing in an expert tracker from Zimbabwe. The Northern white rhino was also then in grave danger, with what was thought to be only four animals surviving in Garamba National Park in the Democratic Republic of Congo. Surveys conducted in Garamba since then have found no trace of the Northern whites, so the Red List category of presumed “Extinct in the Wild” has been applied.

To some extent, this news is old news: we have known for five years that the Western black rhino is gone. The Red List, understandably, waits for five years before updating the status, in case any other information comes in. So this is not the final nail in the coffin; rather, it’s just the name on the headstone. We could add: “The failure by governments to take decisive action when needed lost this species to our planet” as the epitah. It’s too late to do anything for the Western black rhino now.

We keep crying “Wolf!” Is anyone going to listen this time?